Does Avast VPN Work With Netflix? 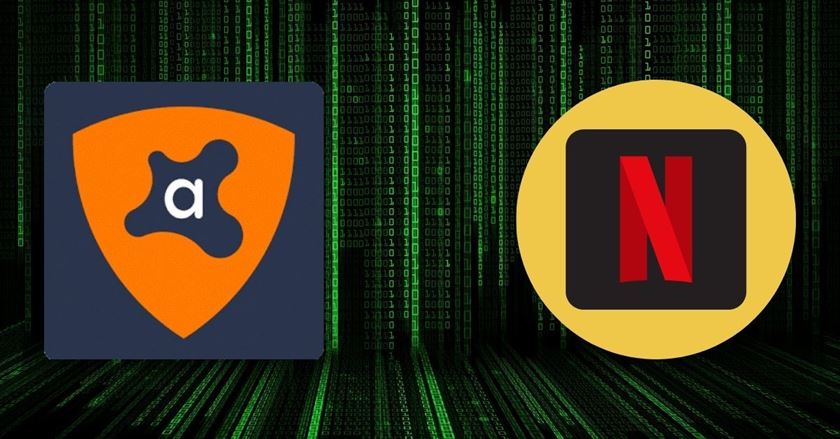 Indeed. Netflix does work with Avast VPN. Despite being relatively new, the majority of its servers manage to bypass the streaming platform’s restrictions. If anything, this is rather impressive, considering a lot of the VPN’s higher-ranked competitors cannot say the same.

However, do we recommend Avast VPN as your go-to for unblocking Netflix? Nope. The service has its set of shortcomings that make it not recommendable. To know what exactly these shortcomings are, continue reading this Avast VPN for Netflix article.

Avast VPN has approximately 55 servers around the globe. The service claims that only a handful of these are suitable for streaming. It even lists those special locations on its apps for the sake of user convenience. That said, many say that even the servers of Avast VPN that aren’t labeled as “for streaming” can be utilized to unblock Netflix.

What Netflix Libraries Can You Access With Avast VPN?

These are the top Netflix libraries that Avast VPN can provide access to:

Netflix USA is the world’s most popular Netflix library for good reason. It has an almost limitless amount of content that users can tap into. Everything from the most obscure indie titles to the most famous Hollywood blockbusters can be found there. Also, there’s a lot of Spanish language content due to the massive Hispanic population of the United States.

Avast VPN has four specialized streaming servers in the US. Luckily, each one of them works around the restrictions of Netflix with ease. One thing to keep in mind, though, is to pair with a server that’s close to your current whereabouts to have the best web connection speeds.

France’s local Netflix library is the place to go if you’re looking for European content that is not shown elsewhere. Apart from French titles, there are also many shows and movies in English, Spanish, German, Portuguese, and Italian. Thus, you’re certain to find something interesting.

There’s a single Avast VPN server in France. Using it, I’ve been able to access the otherwise restricted version of Netflix in the country. And if you’re wondering, the server doesn’t affect connection speeds too negatively, even if you’re located far away.

The UK boasts an amazing Netflix library wherein famous local series such as The Crown and Peaky Blinders always premiere first. As you might’ve expected, lots of movies, short films, as well as documentaries can be found in the library too. Besides that, there’s also a lot of foreign language content mainly due to the diverse population of the UK.

One of Avast Secureline VPN’s few specialized servers for streaming is located in the UK. As such, gaining access to the country’s library while using the service is an absolute no-brainer.

Netflix in Canada has one of the best choices available when it comes to movies, shows, and documentaries. There is also lots of subtitled foreign content to see. If anything, this is due to the large French-speaking population of the country that’s mostly centered in Quebec.

Avast VPN maintains three servers in Canada. Each is based in a major city. What’s great is that all of these servers can unblock Netflix. Besides that, they’re also rather fast and aren’t likely to slow down your internet to the point wherein your viewing experience gets spoiled.

You’ve got a wide selection of local, foreign, popular, and obscure content to pick from when browsing Netflix’s library in Australia. It’s sure that you won’t get disappointed if you’re looking for something new. With that being said, this shouldn’t be surprising given that individuals of all backgrounds call the land down under home.

To access Australia’s Netflix using Avast VPN, you may pair your device with the provider’s servers in Perth and Melbourne. Do not worry as these servers have commendable speed capabilities and are fully capable of reliably bypassing Netflix’s geo-restrictions in Australia.

One of the most unique and interesting versions of Netflix can be found in Japan. You’ll come across local dramas, movies, and of course, animes. Fascinatingly, a lot of western content is available for your consumption too. Also, almost everything on Netflix Japan is subtitled in two or more languages, making the language barrier a nonissue.

Sad to say, Avast Secureline VPN only has one server in Japan. Hence, you’ll have to share it with many people. When paired to it, expect to experience periodic internet connection issues and periods of downtime.

Here are other awesome Netflix libraries that you can access using Avast Secureline VPN with varying rates of consistency:

Each of these countries have interesting versions of Netflix. They’re filled with content that any movie buff will appreciate. In addition, there’s a plethora of exclusives, mini-series, sitcoms, dramas, one-time specials, and documentaries to be discovered.

How To Use Avast VPN With Netflix

Using Avast VPN alongside Netflix is beyond easy. In fact, even children and the elderly can do it. The only thing you need to do is follow these simple steps:

Before installing Avast Secureline VPN, you’ll need to create an account then subscribe to one of its plans. When finished, download the service’s native application for your device on its website. The installation process after should be a quick and easy process.

Don’t rush with purchasing an Avast VPN subscription. Before doing so, make sure that it works on all your devices. The provider has native applications only for Windows, Android, iOS, and macOS. It cannot be installed on a router then used with Linux and other operating systems.

Avast VPN’s apps provide a list of available servers. Choose one from the list and then connect to it. For a higher chance of success with unblocking Netflix, I recommend that you go with one of the VPN provider’s dedicated streaming servers in the UK, USA, and Germany.

Open Netflix after connecting to an Avast VPN server. You should be greeted with the platform’s version in the country you’re paired to. It’s best that you don’t settle on the first interesting title that you see. Instead, go ahead and browse to see everything available to watch.

When you’ve finally chosen, go ahead and start watching. For a superior viewing experience, be sure to pair with a server that’s geographically close to you. Doing so increases the chances of you having an erratic internet connection that can cause loading, buffering, and quality issues.

Reports state that Avast VPN frequently goes through periods of downtime wherein even its streaming servers cannot bypass Netflix. Don’t worry as there’s a simple workaround that often alleviates the problem and allows you to continue watching what you want.

If the error screen above shows on your device, try pairing to another server. When that doesn’t work, see if the content you want to watch is available elsewhere. Besides that, you can also try updating Avast VPN’s app. Sad to say, if that does not work, the only other solution is to go with another VPN service provider.

Does Avast VPN Work With Netflix?

Indeed. Avast Secureline VPN does work with Netflix. More often than not, it’s able to bypass the platform’s geo-restrictions. Moreover, it seldom causes issues with buffering, quality, and loading due to its sufficient speed capabilities. Lastly, the service lists down what servers are specialized in streaming.

Do I recommend that you use Avast VPN? Nope. The service has too few servers and is too unreliable to meet the needs of daily streamers. On top of that, there are many other cheaper VPNs available that work better together with Netflix.