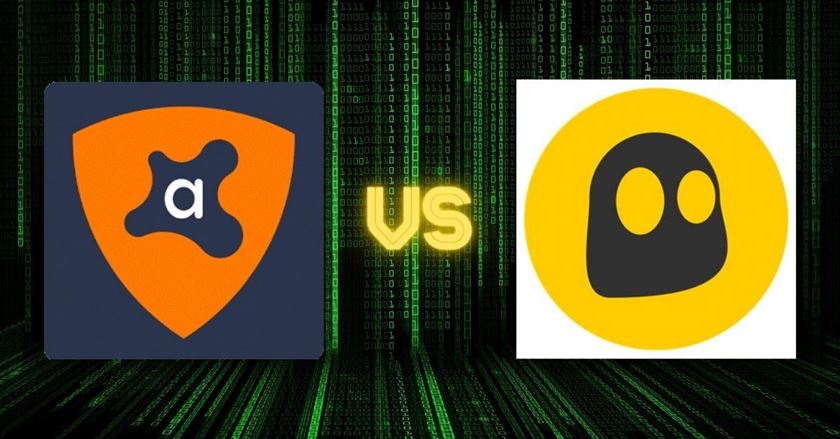 People like to compare Avast Secureline VPN to CyberGhost. If anything, that shouldn’t come as a surprise. Both VPN providers have got large followings and are considered by most security experts to be some of the best services that money can buy.

The wide consensus is that CyberGhost is superior to its competitor. To properly discern how come, we must dwell on the details. So without further ado, let’s begin.

I’d like to kick things off with a table showing all the features each VPN has:

CyberGhost VPN has a lot more features than Avast Secureline VPN. But, it’s not better solely because of that. We must talk about everything both have to offer in detail to fully understand why. I’ll start by with privacy and security as all VPN providers must provide the two.

Both services are safely based in European countries that don’t fall under the jurisdictions of the world’s major surveillance alliances. Hence, neither of the two is hindered by restrictive copyright and privacy laws. They may operate with absolute freedom.

Avast Secureline VPN and CyberGhost use AES-256 bit encryption. What sets them apart is the latter service’s employment of SHA-256 hash authentication and an RSA 4096-bit key exchange. Currently, what Avast VPN uses as equivalents is unknown.

Sad to say, OpenVPN is the only protocol that’s supported by Avast VPN. Meanwhile, its rival also lets you toggle IPSec/LT2P as well as IPSec/IKEv2. With that said, it’s important to know that the support for these protocols varies from platform to platform.

CyberGhost VPN and Avast VPN both claim to provide comprehensive DNS leak protection. To determine if they are true to their claims, I tested both services out using IPLeak.net. Below is a screenshot of the result showing how Avast Secureline VPN and its Singapore server fared:

This is how CyberGhost and its corresponding server performed:

Both of the VPNs were able to hide my legitimate IP address without any issues. As such, they are recommendable to individuals that value anonymity above all else. Using them, you’ll definitely get to stay under the radar whenever and wherever you browse the web.

The two services have secure networks that are protected by firm no-logs policies. Besides that, they also have a kill switch to make sure your information never gets leaked due to a sudden disconnection. Thus, you have nothing to worry about when it comes to server security.

Sad to say, neither service boasts a RAM-based network. As such, all of their servers are still capable of storing your private data. If anything, the only thing preventing them from doing so is their zero-logging policies.

Although both VPN providers are, without a doubt, very secure, my winner for this first round of our CyberGhost vs Avast VPN comparison is CyberGhost. It has better protocol support, more security features, and a much larger server network than Avast Secureline VPN.

The speed capabilities of the two are said to be impressive. Reports consistently state that both don’t hamper internet connection speeds drastically. In fact, some people have even said they perform so well that you’ll forget you’re using a VPN service.

I had to see which provider was faster. To do this, I ran a speed test while using each one. Here is a screenshot showing how Avast Secureline VPN and its server in Singapore did:

Next up, this is how CyberGhost VPN and its server in the same location managed:

As seen above, the difference between the two is negligible. While Avast Secureline VPN gave me a better ping, my uploading speeds were superior when using CyberGhost VPN. Therefore, I’m ending this crucial round of our Avast SecureLine VPN vs CyberGhost match with a tie.

Using both VPNs, you’ll surely be able to surf the web seamlessly without any interruptions. And yes, they will definitely make you forget you’re using a VPN in some instances.

You may use CyberGhost and Avast VPN’s networks for torrenting purposes. Both providers have dedicated P2P servers. Moreover, they’re also compatible with all mainstream torrent clients such as Vuze, Deluge, and uTorrent.

It’s not enough that a service has the means to facilitate safe torrenting sessions. Apart from that, it should also not leak when you download. Naturally, it was essential for me to know if both VPNs are good for the job. Due to that, I tested them out again using IPLeak.net.

Here’s how Avast VPN and its P2P server in New York did:

And this is how CyberGhost along with its Hong Kong server did:

Unfortunately, only CyberGhost was able to keep my Philippine IP address hidden. The testing software was able to detect my location several times while I was using Avast VPN. For that reason, I cannot recommend it to anyone who frequently downloads torrent files.

Bypassing geo-restricted content on popular streaming websites like Netflix, Hulu, and BBC iPlayer is possible using Avast Secureline VPN and CyberGhost VPN. The two have been reported to make easy work of restrictions to grant you access to an ocean of new content.

As a bonus, the speed capabilities of both VPNs help them prevent you from experiencing problems with buffering and quality. Furthermore, their quickness also lets you tap into the content you want to view in no time. Hence, using either should be a no-brainer.

No other streaming platform is as popular as Netflix. Because of that, it was essential for me to know if the two providers could work alongside it. My methodology was to watch Spotlight (a movie that’s only available on Netflix USA) using the US servers of each service provider.

Below shows how Avast Secureline VPN did:

And not, this is how CyberGhost VPN fared:

The two allowed me to watch my title of choice with zero issues. Nevertheless, my winner for this round of our CyberGhost vs Avast SecureLine VPN match is CyberGhost. The reason why I chose it is simply because it boasts more servers, allowing it to bypass more geoblocks.

Avast Secureline VPN and CyberGhost are both viable VPN solutions for gamers. Using either, you’ll be able to access foreign gaming servers, game with people you otherwise couldn’t, and remain anonymous whenever you play.

With all that said, the winner of this category is CyberGhost once again. Why? It can be installed on routers, meaning that you'll be able to use it with your consoles and other internet-accessing devices. Sadly, the same cannot be said for Avast VPN, which lacks router support.

Below is a table showing what each service functions on:

Besides not having router support, Avast VPN also lacks apps for Linux. Thus, it’s at a major disadvantage when compared to CyberGhost, which can be used alongside any device that accesses the internet via a compatible router.

Both services let you use many devices with just a single account. CyberGhost allows for up to 7 simultaneous connections whereas Avast VPN allows for a maximum of 5. Therefore, the former provider is the winner of this crucial round of our comparison between the two.

CyberGhost’s network is the largest of any VPN. The service operates more than 7500 servers around the globe. It even has a presence in countries that aren’t VPN-friendly such as China. That means you’ll have almost limitless connectivity options when using it.

In contrast, the network of Avast VPN is very tiny. As a matter of fact, it only boasts 55 servers around the globe. Consequently, it’s not the best for those looking to access the version of the internet in as many locations as possible. After all, you only have 55 places to choose from.

China is a very hard market for VPNs to tap into. That’s because its Great Firewall is something that most services cannot work around. Sadly, neither of the two VPNs can grant access to the global internet in the country. Hence, I’m forced to end this round with a tie.

Avast VPN’s applications all have similar interfaces that are easy to navigate. In addition, they all look great. One more thing worth noting is that all of the VPN’s native apps are easy to download and install. They are also a breeze to configure to your exact liking.

The applications of CyberGhost are also user-friendly and aesthetically-pleasing. What’s great is that they provide a list of optimized torrenting and streaming servers. Thanks to that, there’ll be no need to play a guessing game when picking a location for a specific task.

While Avast VPN’s apps are awesome, they simply don’t compare to anything that CyberGhost has to offer. Hence, it’s the loser of this round of our comparison between the two. The apps of CyberGhost will simply let you do more and take your VPN experience to the next level.

Sadly, the developers of Avast VPN haven’t given it any special features. Instead, they chose to focus on the key things they already have that make the service great. In this aspect, the provider is very similar to ExpressVPN, which also lacks exclusive offerings.

CyberGhost boasts two paid add-on features. The first allows you to establish a personal IP address. Meanwhile, the second is a password manager that generates, stores, then auto-fills all the passwords of all your online accounts.

Besides what’s stated above, CyberGhost also lets you connect to special NoSpy Servers that are optimized for security. Furthermore, the provider has data compression for Android devices along with a secret photo vault made exclusively for iOS users.

Below is everything both offer when it comes to customer support:

Apart from not having ticket support, Avast VPN also boasts a slower average response time. Due to that, my winner for this category is CyberGhost by default.

Please refer to the table below to know the pricing schemes of each service:

Besides being cheaper in general, CyberGhost also boasts more flexible plans. Moreover, it also has a longer money-back guarantee policy. Finally, I believe that it offers more value for money given everything it has. As a result, the service is this final category’s winner.

Is Avast VPN better than CyberGhost?

No. As you may have seen in this Avast VPN vs CyberGhost in-depth comparison, Avast VPN lags behind its competitor in nearly all feasible aspects. Don’t get me wrong, though, as it’s not a bad VPN by any means. Sadly, it simply fails to check the boxes needed to make it better CyberGhost.