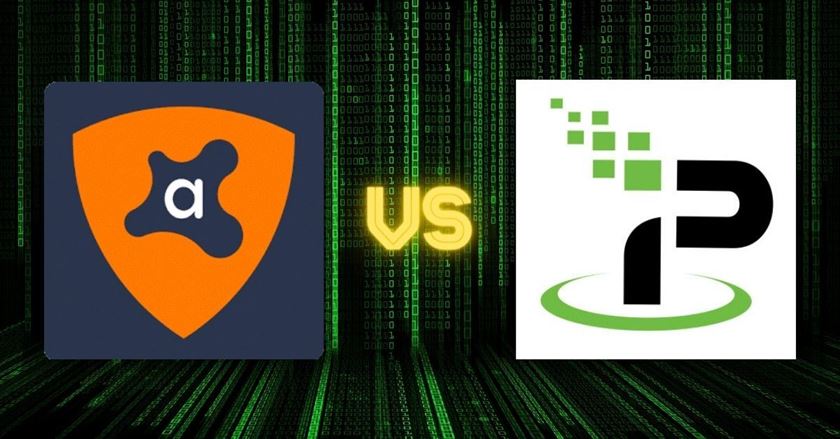 Avast Secureline VPN and IPVanish are both leaders in the VPN industry. Each service boasts a large following. Moreover, the two are known by experts to be some of the best that are available. That said, it’s widely stated that IPVanish is better in many regards.

Why so? To fully understand, we must thoroughly review each service. Only then shall it be right to conclude that IPVanish is better than Avast Secureline VPN.

I’d like to start with a side by side comparison of the two services:

Many things set Avast VPN and IPVanish apart. At the same time, the two share lots of stuff. As such, it can be hard for average consumers like yourself to know why the latter service is better.

Between the two, only IPVanish is based in a Five Eyes Alliance-member country. As a result, it is the only VPN that must follow laws that restrict it from operating freely. This puts the service at a disadvantage versus its competitor, which is based in the VPN-friendly Czech Republic.

Like other high-ranking providers, IPVanish and Avast VPN both use topnotch military-grade AES 256-bit encryption. Unfortunately, the hash authentication and key exchange that either employ hasn’t been disclosed to the public yet.

VPN providers must not leak information at all costs. If ever they do, they’ll not be worth getting since they can’t maintain the privacy and anonymity of their uses. Thankfully, the developers of both services understand this and claim their VPNs don’t leak.

To see if the two are 100% leak-free, I tested them out using IPLeak.net. Here’s how Avast Secureline along with its server in Singapore performed:

And this is how IPVanish together with its Tokyo server managed:

The results show that both services are fully capable of keeping their users anonymous. With either, the testing software was unable to detect my real Philippine IP address. Hence, I can recommend them to anyone who’s serious about their privacy.

Avast VPN and IPVanish have zero-logging policies that prevent them from tracking, gathering, storing, then exploiting your personal data. However, both services don’t have RAM-based networks, meaning they can still collect your private information if they truly wanted to.

The two VPN providers both have excellent security. With that said, my winner for this category of our IPVAnish vs Avast Secureline VPN match is IPVanish. The reasons why I chose it is because it has better protocol support, a larger server network, and more features.

Speed is something that Avast VPN is known for. Unfortunately, the same cannot be said for IPVanish, which has a reputation for being one of the slowest services on the market. User reports have been consistent in stating that it hampers internet connections drastically.

To know how fast each VPN is, I conducted a speed test while using them. Below is a screenshot showing how Avast Secureline and its SG server fared:

And here’s how things changed after I switched to IPVanish and its server in Tokyo:

It turns out that what people are saying is true. Avast VPN is really fast while IPVanish boasts abysmal speed capabilities. Hence, the winner of this round of our match is Avast VPN.

Both VPNs allow for torrenting on their networks. IPVanish’s entire network is P2P enabled while Avast Secureline VPN operates a set of optimized servers. Each service is also compatible with every mainstream torrenting client that’s currently available.

To see if the two are free of torrenting leaks, I again tested them out using IPLeak.net. Here is how Avast VPN along with its P2P server in New York performed:

Now, they must provide this is how IPVanish and its Tokyo server did:

Avast VPN wasn’t able to mask my IP address. In comparison, IPVanish did not fail at keeping my identity hidden during the torrenting test. Consequently, the clear victor of this round of our Avast Secureline VPN vs IPVanish battle is none other than IPVanish.

Many download VPNs solely for streaming purposes. That’s because the right service can work around the geo-restrictions of popular platforms like Hulu, Amazon Prime Video, and Netflix. Hence, this category is a very important one in our Avast VPN vs IPVanish match.

Luckily, reports about the streaming capabilities of both services have been decent. Needless to say, only Avast VPN is said to be able to unblock anything that’s thrown at it. IPVanish has been known to have trouble accessing the libraries of some websites such as BBC iPlayer.

Netflix is by far the world’s most popular streaming platform. Thus, it was a no-brainer for me to check if the two VPN providers worked alongside it. How? By watching Spotlight (a title that’s exclusively available on Netflix USA) while connected to their servers in the United States.

This is how Avast VPN did:

In comparison, here’s how IPVanish managed:

Both VPN services didn’t leave me disappointed. Each was able to stream the movie with zero problems in regards to buffering and quality. Still, the winner for this category of our Avast SecureLine VPN vs IPVanish is IPVanish once more. Why? Because it has more servers.

You can use Avast VPN and IPVanish for gaming. The two will let you connect to otherwise inaccessible gaming servers and keep you anonymous. However, the better service in this regard is IPVanish. Why so? It has router support, meaning it can be used with consoles.

Please refer to the table below to know what each service functions on:

As seen above, IPVanish is compatible with much more operating systems and browsers than its competitor. Moreover, it may also be installed on a handful of routers. When that’s done, it shall be possible to use the service alongside almost any device that accesses the internet.

VPN services must allow for as many simultaneous device connections under one account as possible. How come? They need to safeguard their users on more than one device. Also, it’s necessary for them to provide maximum value for money to outmatch their competitors.

Fortunately, the people behind Avast Secureline VPN and IPVanish fully understand this. That said, the winner of this category is the latter service as it allows for unlimited simultaneous connections whereas the former allows for a maximum of only five.

IPVanish has been around for quite some time already. As a result, it has had the time to build a large network that consists of more than 1400 servers. Sad to say, the same can’t be said for Avast VPN, which is new and only operates 55 servers across the world.

Only the best VPN services are capable of working in China. The reason why is because of the country’s internet censorship systems that serve as an obstacle that few can overcome.

Neither of the two services can bypass China’s Great Firewall. Our testers in the country have tried multiple times to find success to no avail. Therefore, you probably shouldn’t get IPVanish or Avast Secureline VPN if you frequently travel.

Avast VPN has aesthetically-pleasing native applications that are a joy to navigate. In addition, they are also super easy to download, install, and configure. Thanks to that, they’re able to facilitate a stellar user experience for even non-tech-savvy individuals.

The apps of IPVanish serve as a stark contrast to Avast VPN’s. All of them boast very clunky interfaces that don’t look great. Upon opening them, you immediately get bombarded with unnecessary info. On the bright side, they’re highly configurable.

Since it has better applications, the winner in this round of our IPVanish vs Avast SecureLine VPN match is none other than Avast VPN. With it, you’re sure to have a great time.

Avast VPN lacks special features that make it stand out. That’s because its developers chose to focus on the essentials they already have. Needless to say, if you’re looking to establish dedicated IP addresses among other things, you’re out of luck with the VPN.

Scramble is the one exclusive offering of IPVanish. Using it, you’ll get to route your web traffic through two servers to increase security. If anything, the feature is excellent to have if you’re trying to stay under the radar at all costs.

Here’s what each VPN offers when it comes to customer service:

IPVanish has ticket and phone support while Avast VPN does not. Moreover, it also boasts a faster average response time. Lastly, the service has a much larger online knowledgebase. Thus, it’s the winner of this very important round of our IPVanish vs Avast VPN battle.

Below is a table showing the pricing schemes of the two VPN services:

Avast VPN has more plans and is much more affordable than its competitor. On top of that, it also has a 30-day money-back guarantee policy. Because of that, it’s a much better choice if you’re not looking to spend much on your online security.

That said, I believe that IPVanish offers better value for money. Still, it is the loser of this final round of our IPVanish vs Avast VPN comparison.

Is Avast VPN better than IPVanish?

No. Despite having an edge in certain categories, it’s safe to say that Avast VPN isn’t better than IPVanish. However, it is by no means a bad VPN. As a matter of fact, it’s better than a large chunk of the VPNs available on the market.

For those who’ve got the money to spend, it’s best to go with IPVanish. Needless to say, you shouldn’t rule out Avast VPN when looking for a good service, especially if you’re looking to save big on cash. After all, the provider is very affordable and has a lot to offer.