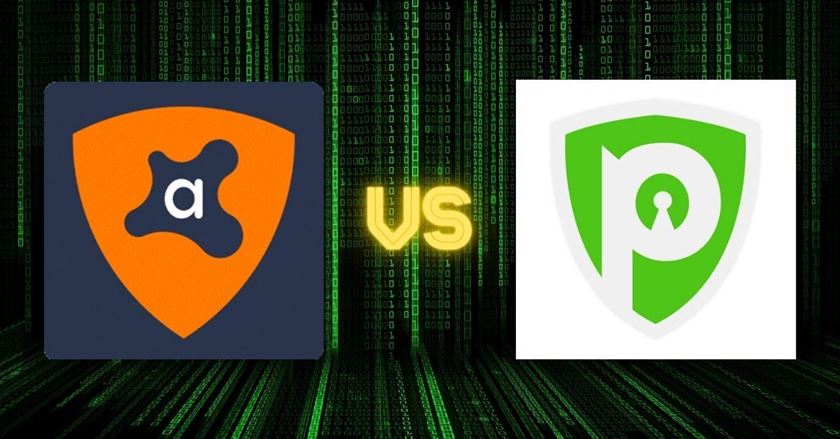 Avast Secureline VPN is a well-known VPN provider known for being one of the best. It’s often compared to PureVPN, which is another service with a stellar reputation.

The wide consensus among online security experts is that the latter service is better. Why? It is necessary for us to thoroughly review the two to find out.

For starters, here’s a side by side comparison of each VPN:

Interestingly, there are many similarities between Avast Secureline VPN and PureVPN. At the same time, the VPN providers have many differences. Hence, to properly discern what’s best for you, we must discuss everything they have to offer. We will begin by talking about security.

Fortunately, nothing stands in the way of PureVPN and Avast VPN from operating properly. This is because both VPN providers are based in places that don’t fall under Five, Nine, or Fourteen Eyes Alliance jurisdiction. As such, they are better-suited at keeping you protected.

PureVPN and Avast VPN offer AES-256 encryption to their subscribers. For those who don’t know, this encryption is the same one used by many of the world’s militaries, intelligence agencies, financial institutions, governments, and tech companies to stay safe.

OpenVPN is the only protocol that’s supported by Avast VPN.

In comparison, PureVPN allows its users to toggle OpenVPN, IPSec/L2TP, IPSec/IKEv2, PPTP, and SSTP. Because of that, users of the VPN service have more options when it comes to configuring their service to have the best and most secure experience possible.

DNS leak protection is something that both VPN services claim to provide. Of course, I had to know if the two were true to their claims. To do this, I tested each using IPLeak.net. Below is a screenshot showing how Avast Secureline VPN and its Singapore server did:

And here is how PureVPN’s server in Tokyo fared:

My tests confirm that neither service leaks. Using both, you can rest assured that you’ll remain fully anonymous wherever and whenever you go online. If anything, this is great news for anyone whose number one priority is to remain completely under the radar.

PureVPN and Avast Secureline VPN each have a no-logs policy that stops them from disclosing any information that might be stored on their servers. As a result, you don’t ever need to worry about having any of your private data leaked to the authorities or other kinds of third-parties.

I’d have to conclude that both VPN providers are 100% safe. Be that as it may, the victor of this round of our Avast Secureline VPN vs PureVPN battle is PureVPN. How come? It has a larger network, better protocol support, and is equipped with more security features.

Users have reported that PureVPN and Avast VPN both don’t hinder base connection speeds to a drastic extent. In fact, they can make one forget they’re using a VPN. Naturally, it was essential for me to experience their speed capabilities and determine which is faster.

Here’s a screenshot of the result of a speed test that I ran while connected to Avast VPN along with its SG server:

In comparison, this is how things changed once I moved over to PureVPN’s server in Japan:

PureVPN and Avast Secureline VPN both didn’t leave me disappointed. However, my internet speeds were much better while I was using Avast VPN. Therefore, it is the clear winner of this very important round of our Avast VPN vs PureVPN battle.

It’s possible to use both services for torrenting purposes. The two allow for downloading on their networks. As a matter of fact, they’ve even got a set of dedicated servers that are optimized for P2P file sharing. Furthermore, they are compatible with all leading torrent clients available.

As you might already know, it’s not enough for VPN service providers to have the means to let users torrent. They must be also capable of facilitating safe downloading. To see if PureVPN and Avast Secureline VPN are up to the task, I ran torrenting leak tests on them.

This is how Avast VPN’s server in New York performed:

It was interesting to find out that only PureVPN can hide my IP address. Avast VPN was detected by the testing software multiple times. Due to that, my winner for this round of our Avast Secureline VPN vs PureVPN battle is none other than PureVPN.

Many say that Avast VPN, as well as PureVPN, are decent VPN solutions for those that wish to bypass streaming service geoblocks. Using either, it’ll be possible to access the restricted foreign libraries of Netflix, Hulu, and Amazon Prime Video and watch content.

No other streaming platform is as popular as Netflix. For that reason, it was essential for me to know if two could work alongside it. My method to do this was to try to watch Spotlight (a title that’s only available in the USA) while connected to their US servers.

Below shows how Avast Secureline VPN did:

Next up, here’s how PureVPN performed:

Both VPN service providers were able to grant me access to my title of choice without any sort of hiccups. Despite that, my winner for this category of our PureVPN vs Avast Secureline VPN is PureVPN. Why so? It has more servers, making it capable of accessing more content.

Gaming is something you can do while connected to Avast Secureline and PureVPN. The two services can keep you anonymous when playing and allow you to access game servers that would otherwise be unavailable. Also, they may let you download unavailable content.

Between the two, PureVPN is better for gaming. That’s because it has router support, and thus, could be used with your Xbox One, PS4, and Nintendo Switch.

Please refer to the table below to see what each service works on:

As mentioned earlier, Avast VPN doesn’t have router support. In addition to that, it also lacks a native application for Linux. Hence, users of that operating system will find themselves left out.

PureVPN allows for up to 10 simultaneous device connections whereas Avast VPN only allows for a maximum of 5. As such, the victor of this round of our PureVPN vs Avast VPN is once again PureVPN by default.

The network of PureVPN is the second largest of any VPN. It operates a whopping 6500 servers across the world. In comparison, the network of Avast Secureline VPN is really small as it consists of a mere 55 servers around the globe.

Only a handful of VPNs can successfully bypass China’s internet censorship measures. Among them is PureVPN, which our testers in the country have consistently found success with.

Sad to say, the infrastructure that Avast Secureline VPN has doesn’t make it capable of working in China. Therefore, it’s the loser of this crucial round of our comparison.

Although they look great, PureVPN’s native applications are user-friendly. They lack refinement, and thus, are quite difficult to navigate. While they can be used by anyone, people who aren’t tech-savvy will definitely need time to get used to and master them.

The applications of Avast Secureline VPN are great. Besides looking good, they’re quite easy to navigate. One thing that makes them really special is the fact that they list down the servers that are optimized for streaming and torrenting.

Since all its applications are better in every regard, the winner of this round of our Avast VPN vs PureVPN match is Avast Secureline VPN. By choosing it, you are guaranteed to have an excellent user experience. And yes, that remains true even if you aren’t tech-savvy.

PureVPN boasts Secure Wi-Fi, which is basically a security measure that increases your level of safety whenever you connect your device to a public hotspot.

Apart from what’s mentioned above, PureVPN also has three paid add-on features. The first two let you add another layer of protection to your online experience via DDoS protection and Port Forwarding. Meanwhile, the third allows you to establish a personal dedicated IP address.

Sadly, the makers of Avast Secureline VPN haven’t given it any exclusive features. Rather, they chose to focus on the essential offerings they already have like a kill switch.

The table below shows what both VPNs offer in regards to customer support:

As seen above, Avast Secureline VPN doesn’t have ticket support and boasts a slower average response time. For that reason, it’s the loser of this category.

Check out the table below to know the pricing schemes of each VPN service:

Avast Secureline is slightly cheaper than PureVPN. On top of that, it offers a 7-day free trial and has a 31-day money-back policy. Hence, it’s the winner of this final round of our battle.

Is Avast VPN better than PureVPN?

Nope. Avast Secureline VPN is not better than PureVPN. In addition to having worse security, it boasts a smaller network, has inferior compatibility, and inferior torrenting capabilities. Besides that, the service also cannot bypass the Great Firewall of China.

For what it’s worth, Avast Secureline VPN isn’t a bad service by any means. In many ways, it is actually better than most of its competitors. However, when speaking in terms of value, you will be much better off with PureVPN because it has a lot more to offer.