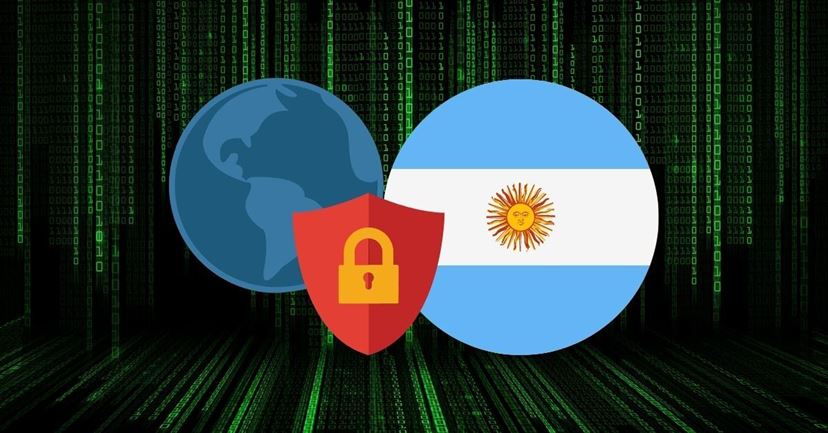 With a rate of 72/100 in its Internet freedom score, Argentina is considered free when it comes to Internet usage. It does not have heavy censorship. While online users have the liberty to access websites and popular social media platforms, the country is known for being a market for hackers.

According to a New York Times article, private corporations and companies hire hackers from South America to protect them from spies and online criminals. Before, hacking was even considered a “life skill” in the country. As a common online user, using a VPN is a wise idea to protect your online identity in Argentina, whether there is a risk of being hacked or not.

Here are some of the best VPNs for Argentina:

Why Would You Need a VPN in Argentina?

A Virtual Private Network or VPN is necessary for Argentina for the following reasons:

Argentina has around 3000 Netflix titles in its local library. A majority of them are in Spanish. If you want to have more options for movies and TV series, a VPN is the way to do it. With the right provider, you will be able to access foreign libraries, including the UK and Ireland that currently has the largest collection of titles.

This South American country does not have strongly implemented laws that concern torrenting. But to make your connection secure while doing P2P file sharing in Argentina, you should use a VPN. This will prevent third parties from accessing your personal and private data.

Choosing a VPN with a no-logs policy can help you keep your personal information. Hiding your true IP address is one of the ways on how VPN works. With the use of a VPN, you’ll be able to stream and browse without worrying about security. Even if you connect to a public WiFi, you will be able to use that connection without sacrificing your anonymity.

What are the Best VPNs for Argentina in 2021?

Netflix: You can watch other titles of foreign Netflix libraries with ExpressVPN. This VPN provider gives you fast service to stream with high definition and no buffering. With its 3000 servers in 94 different countries, you can connect to one that gives you the best connection. Even a server far away from Argentina can give you high-quality videos.

Torrenting: Your true IP address is safe with ExpressVPN. It effortlessly protects you from any leaks. It also has unlimited bandwidth and optimized P2P servers, perfect for using torrent while you are in Argentina.

Privacy and Security: Apart from its no-logs policy, ExpressVPN boasts its RAM-based servers as only some of the VPNs in the market offer this feature. RAM servers delete all of your data once you turn off your device, making it incapable of keeping any of your information.

Pricing: ExpressVPN will cost you $12.95 monthly. It is one of the best VPNs in terms of privacy and speed. But this is not the best choice if you are looking for a service at a lower price.

Netflix: Leave it to NordVPN to unblock most of Netflix's geo-restricted content. It has over 5000 servers in 60 countries in the world, making it easier for you to access most of the other regions’ Netflix shows. To add to its wide array of servers, it also provides high-quality videos for the rest of your stream.

Torrenting: NordVPN does not have all of its servers optimized for P2P. Still, its unlimited bandwidth lets you do file sharing with ease. It also provides leak protection and keeps you anonymous when torrenting.

Privacy and Security: In the past, NordVPN faced an issue when an unauthorized party accessed one of its servers in Europe. Since then, it is taking steps to improve its services. It has a bug bounty program for its users and is planning to upgrade its servers into RAM-based ones.

It has other features like an ad and malware blocker and Double VPN. It also has other add-on privacy features at an added cost.

Pricing: You can have NordVPN’s service at $11.95 per month. This is good for six simultaneous devices. You can save a lot more if you choose its yearly subscription plans.

Netflix: Travel to different countries with Surfshark’s 3,200 servers. Select a country for your desired Netflix library, Surfshark probably has it. Enjoy foreign titles with HD video even while you are in Argentina. Surfshark will help you access those geo-blocked shows you have wanted to watch for so long.

Torrenting: All of Surfshark’s servers are P2P-optimized. You can use torrent with ease and peace, knowing this VPN service will protect you from any leaks and hide your IP address.

Privacy and Security: Surfshark is one of the few VPNs that offer servers with volatile memory. This is more secure as it is incapable of keeping your data once you disconnect to its servers. It also has a no-logs policy and features like ad and malware blockers and MultiHop.

Pricing: Every month, Surfshark will cost you $12.95 for its service. This is already a steal as you can connect as many simultaneous devices as you can with a single subscription. If you want lower rates, Surfshark offers longer-term plans that have bigger discounts.

Netflix: With CyberGhost’s 6000 servers in 88 countries, you can access different Netflix libraries without hassle. But since it has a big number of servers, there is a tendency that your video may not run smoothly throughout your stream. You will encounter lags and low-resolution from time to time.

Torrenting: If you use this VPN service’s desktop apps, you can use P2P-optimized servers for torrenting. But even if you use its mobile version, it still allows file sharing. It also successfully hides your identity and protects you from any DNS leaks.

Privacy and Security: CyberGhost has military-grade encryption that will keep any of its users secure. It has different protocols depending on what operating system you are using. You can also make use of its other features like ad blockers, NoSpy servers, and Secret Photo Vault (for iOS only).

Pricing: If you subscribe to a monthly plan, CyberGhost’s service will cost $12.99. This is good for seven connections at a single time. If you find this expensive, you can opt for a two-year plan, which gives you up to 83% off on its original price.

Netflix: IPVanish lets you tunnel to several Netflix libraries as it has 1,500 servers in 55 countries. However, it does not perform as fast as other VPNs when it comes to streaming. You may experience buffering issues and lags as you watch a Netflix show.

Torrenting: Use torrent with anonymity and free from IP leaks. IPVanish keeps your IP address anonymous and secure from hackers or other third parties.

Privacy and Security: Although IPVanish is under the jurisdiction of a Five Eyes Country, it still claims that it has a no-logs policy. But a couple of years back, this VPN service faced an issue when it supposedly handed one of its users’ information for an investigation. Its zero-log policy came into question after that incident.

A good VPN for Argentina should be fast enough for streaming on Netflix no matter how far away the server location is. It should also have servers that allow torrenting. But what is most important is the VPN’s ability to keep you anonymous throughout your activity. As the country is known for hackers, you should be extra skeptical about keeping your connection private and secure.

Here are the VPNs you can consider if you are in Argentina: