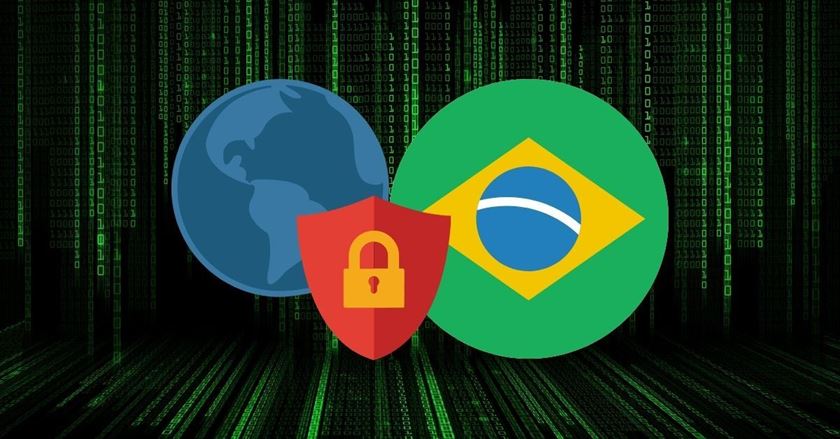 Brazil is a country that’s known across the globe for its natural beauty. However, at the same time, it’s also famed for being a hub for hackers and other kinds of cybercriminals. Moreover, authorities there have been known to covertly conduct digital surveillance. As such, having a VPN for browsing the web in Brazil is an absolute necessity.

The VPN industry is extremely competitive. Every year, new providers emerge on the market and claim to be the best for Brazil. Sad to say, in reality, they are not capable of keeping you protected. Fortunately, I have got your back and am here to help you find the best VPN for Brazil that’s currently available.

Below are my top five recommended VPN service providers for Brazil:

I know that you want to know why each of these VPNs is great. Don’t worry as we’ll discuss each provider in greater detail in a bit. Before anything else, I first want to talk about all the reasons you should be utilizing an able virtual private network service provider in Brazil.

Why Would You Need a VPN in Brazil?

As you might have already guessed, there are multiple reasons to make use of a VPN service while surfing Brazil’s internet. Let’s go ahead and talk about each one below:

The restricted foreign libraries of streaming platforms such as Amazon Prime and Netflix may be accessed using a VPN. With that said, not every VPN can do this successfully or consistently. It is for that reason that you must check if the provider that you plan on getting has zero problems with circumventing the geoblocks of the most widely-used streaming sites.

It’s illegal to download copyrighted material via torrent in Brazil. Even so, the law isn’t regularly enforced so almost everyone gets away with doing so. Nevertheless, anyone that wishes to remain within the good graces of the law should never download torrents without a VPN.

How come? Because a VPN can mask your IP address, and in turn, make those watching you believe that you’re browsing from somewhere you’re not.

The reason why every legitimate VPN exists is to provide complete online protection to its subscribers. Different service providers employ all sorts of means to achieve this. For one, many of them utilize military-grade AES 256-bit encryption. In addition, they support many protocols and load their apps with very useful essential security features.

Anyone that values their online security above everything else should get a VPN provider that has a network that’s completely RAM-based. That way, it’ll be guaranteed that no private user logs will get tracked, gathered, and distributed to malicious third parties.

Netflix: Unblocking Netflix is not difficult as long as you’ve got NordVPN. After all, the provider has a large network that is made up of 5000 servers that seldom fail to access Netflix’s many restricted foreign libraries.

Besides that, it should also be noted that these servers are quite speedy. In fact, some of them don’t even make an impact on internet connection speeds.

Torrenting: Torrenting with NordVPN is an absolute no-brainer. This remains true even if the provider doesn’t have a network that’s 100% P2P-enabled. Why? Because all of its many applications let you select and connect to torrent servers easily by listing them all down.

Privacy & Security: Security is definitely something that NordVPN excels at providing. It uses AES-256 encryption, which is the most secure there is. Moreover, the provider gives you many protocol options. It even has a proprietary WireGuard-based VPN protocol known as NordLynx.

NordVPN offers many security features including double VPN, an automatic kill switch, and a malware blocker. Aside from that, the provider also runs a very active bug bounty program.

Pricing: NordVPN has always been a service that doesn’t break the bank. Although it’s not the cheapest option out there, it remains viable to those who don’t have a lot to spend. That’s because a two-year plan will cost you a little under $4.00 a month.

Netflix: Surfshark supports unlimited device connections. That coupled with its capable server network that consists of more than 3200 blazingly-fast Netflix-ready servers makes it an excellent VPN solution for the entire family and even a few close friends.

Torrenting: The torrenting capabilities of Surfshark are second to none. It passes with flying colors every time it’s subjected to leak tests. Besides that, every single one of the provider’s servers is P2P-enabled, and thus, perfectly suited for all your downloading needs.

Privacy & Security: A large reason why Surfshark is such a major player in the VPN industry is because it provides the utmost levels of privacy and security.

Surfshark and ExpressVPN are the only two VPN service providers that have got a 100% RAM-disk server network. This makes it exceptionally trustworthy since it’s completely incapable of storing your logging information.

All Surfshark subscriptions entitle you to security features like split tunneling, a malware blocker, and an automatic kill switch. You also have the option to avail of a few paid add-ons like an alert system as well as a proprietary search engine that’s a lot more secure than Google or Bing.

Pricing: With everything going for it, it shouldn’t be surprising that Surfshark isn’t cheap. In fact, it is a bit pricier than the majority of what’s available on the market. Be that as it may, I still think that it’s a solid option for big savers because a two-year subscription will set you back just $2.45 per month.

Netflix: ExpressVPN excels at reliably providing access to restricted Amazon Prime, Hulu, BBC iPlayer, and Netflix libraries. In fact, it’s so good that not once have I experienced being blocked while connected to its servers. Because of that, the provider makes it an ideal choice for people who need to have a super dependable VPN for streaming.

Torrenting: Anyone who downloads content primarily via torrent is sure not to get disappointed with ExpressVPN. That’s because it doesn’t leak and has a whole network that is P2P-enabled.

On top of that, almost all of the provider’s servers are impressively fast. As a result, they do not cause lengthy downloading times, which is great, especially for those in a rush.

Privacy & Security: ExpressVPN is a pioneer in the VPN industry as it was the first provider to equip itself with a 100% RAM-disk network. Additionally, you should know that the VPN service is also among the first providers to have itself subjected to independently done security audits.

The people behind ExpressVPN have opted not to support WireGuard. In its place, they have developed Lightway, which is said to be just as secure. With that aside, you should also know that ExpressVPN makes use of standard AES-256 encryption. Also, it has split tunneling and one of the best automatic kill switches of any virtual private network.

Pricing: ExpressVPN’s developers charge a premium for their VPN service. A one-month plan costs a whopping $12.95. For that reason, I absolutely cannot recommend the VPN service provider to those who’ve got little to spend on their digital protection.

Netflix: Most VPN providers operate a few hundred servers. CyberGhost stands out from the crowd as it has a network of over 7500 locations around the globe. It’s the largest VPN, by a long shot. If anything, this makes it great at circumventing Netflix’s many geo-restrictions.

Another thing that makes CyberGhost great for streaming is the fact that its Linux, Windows, and macOS apps list what servers are best for streaming. Therefore, selecting and finding a good streaming server then connecting to it is easier than ever for CyberGhost users.

Torrenting: CyberGhost is safe for torrenting. It passed all my leaks tests and has a plethora of P2P-enabled servers that you can choose from. While not all of these servers are fast, most have speed capabilities that’ll meet the needs of regular internet users such as yourself.

Picking out a CyberGhost torrenting server is a breeze as its desktop apps let you choose from a list. If anything, this is great as researching what server to use for torrenting can be a major inconvenience, especially for those in a rush.

Privacy & Security: The level of digital protection that CyberGhost provides is adequate for most people. However, it might fall short for some because its VPN protocol support differs slightly by the operating system. Moreover, not all of the service’s features are free to use.

Pricing: CyberGhost’s rates won’t be a problem for most people. Why? It’s among the most budget-friendly VPNs of its kind. A three-year subscription will set you back a mere $2.25 per month, making it an absolute steal.

Netflix: Private Internet Access (PIA) doesn’t have trouble unblocking Netflix USA. Sad to say, it can’t reliably unblock any other streaming service library with the same level of reliability. Because of that, it’s not the best VPN to have in Brazil for streaming purposes.

Torrenting: All PIA servers are P2P-enabled. However, not all of them are fast enough to allow for ultra-quick downloading sessions. Nevertheless, I still think that Private Internet Access makes for a decent torrenting VPN. After all, it’s safe as it doesn’t leak when tested.

Privacy & Security: Many people incorrectly assume that PIA isn’t safe to use. This is because it’s based in the United States, which is the leader of the Five Eyes Alliance. Due to that, the provider is obligated to follow restrictive copyright and privacy laws or else face getting shut down by the authorities.

Not once has Private Internet Access compromised the private information of its users during its existence. In fact, it has even made itself more secure by incorporating the latest safety features into its applications and expanding its already massive server network. Thus, it’s safe to say that PIA is 100% safe to use.

Pricing: Private Internet Access is the best VPN in Brazil for those with the lowest budgets. A one-month plan will run you back just $9.95. If anything, this is a steal because most of PIA’s closest rivals charge 10% to 30% more on average.

Ranking the best VPNs for Brazil wasn’t easy to do.

I had to do much research, conduct polls, and question people from all over the country for feedback. Needless to say, everything, in the end, was worth it since I was able to round up the best and most competitively-priced VPN providers in Brazil.

Let’s finish this article with a table that summarizes my top VPNs for Brazil: