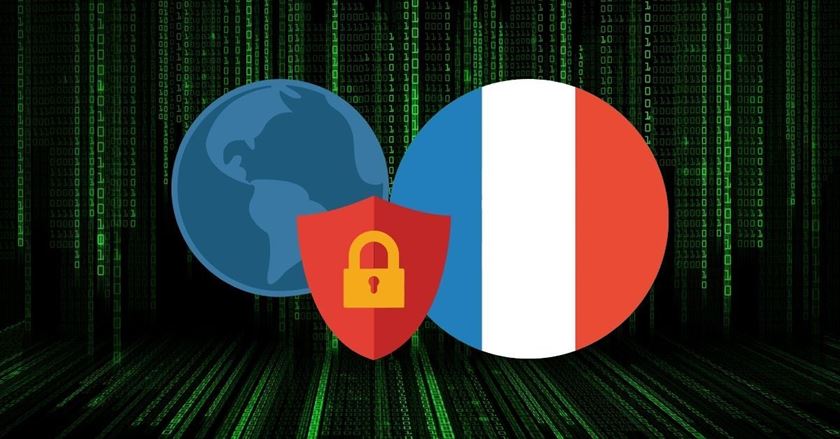 France is an active member of many of the world’s international surveillance alliances. As such, it’s not entirely safe to browse the internet in the country. Doing that without a VPN shall only leave you in a position wherein your private info can get stolen and used against you.

One problem is that it’s quite hard to settle on a VPN to use in France. After all, today’s market is flooded with an almost limitless amount of options that make choosing hard for average consumers such as yourself. Fortunately, today I’m here to lend you a helping hand. These, what we think, are the best VPNs for France today:

As you probably already have guessed, we’ll talk more about each of these providers a little later. First, I want to dwell on each of the reasons to make use of a VPN provider in France.

Why Would You Need a VPN in France?

VPNs don’t just provide you with online security. The benefits that come with using them appeal not only to those who are trying to stay safe when browsing. If anything, that’s because they are far more than just protective measures that safeguard and anonymize you.

Below are the top three reasons why you should be using a VPN in France or anywhere else:

Needless to say, not all providers can get around geo-restrictions with the rate of consistency that you need. Thus, you must be picky in your VPN selection process.

A good streaming VPN has a large network of servers that can bypass any restriction that they are pitted up against it. Moreover, it boasts impressive speed capabilities. Whenever you have a streaming session, it should not have any lag, buffering, or quality issues.

It’s necessary to use VPNs whenever you torrent. They keep you anonymous by hiding your IP address from cybercriminals, government monitors, and internet service providers. By doing this, they prevent those with malicious intent from finding out your real-world location.

Not all VPN services are good for torrenting. With that in mind, you should only pick providers that have fast P2P-enabled servers that are optimized for downloading torrent files. When tested, these providers should also prove that they’re 100% free of unwanted leaks.

Only a handful of VPNs can truly keep you safe. As such, it’s best that you stay away from very cheap or free providers. That’s because chances are, their main way to make a profit is to sell the private information that they gathered from you to third parties that show you targeted ads.

To know if the VPN you’re planning to buy is secure, read up on its features. It should be using military-grade AES encryption and have support for every popular VPN protocol. Additionally, it also must have user-friendly applications that have loads of useful security features.

Some VPN providers take their security a step further. They’ve got large networks that consist completely of RAM-based servers. For those wondering, a RAM-based server is a server that cannot track, obtain, and disclose logging data under any circumstance.

Netflix: NordVPN goes hand in hand with Netflix. Why so? It has no trouble with getting around the streaming platform’s libraries. In addition, the provider doesn’t cause common streaming issues like buffering and quality drops because it has exceptional speed capabilities.

Torrenting: Even if not all its 5000+ servers are P2P enabled, I believe that NordVPN is still a great choice for torrenting. After all, it doesn’t leak and has native applications that make selecting and connecting to the right location an absolute breeze for anyone.

Privacy & Security: NordVPN’s safety record was compromised a few years ago when it got hacked by an independent hacker. Luckily, no private user data managed to get stolen during the unfortunate incident. Thus, the only damage done was to NordVPN’s reputation.

To prove to the public that it’s still safe to use, NordVPN has announced its move to RAM-disk servers by the end of this year. Furthermore, it has launched a protocol known as NordLynx, which is based on WireGuard. Lastly, the provider has implemented a bug bounty program.

Pricing: NordVPN can be bought for a low price of $8.84. Due to that, it’s safe to say that it’s one of the few budget VPNs that provides excellent security but doesn’t break the bank. I’d personally recommend it to anyone who’s looking to save big on their VPN provider.

Netflix: Unblocking Netflix and other streaming platforms aren’t difficult at all when you have got Surfshark VPN to help you out. The provider can reliably grant you access to any restricted piece of content that you want to watch. More importantly, it can do this without causing connection speeds to drop in any significant manner, which is awesome.

Torrenting: Regular torrenters definitely won’t find themselves disappointed with Surfshark. It has a massive server network that’s made up of fast servers that are all P2P enabled. When used for torrenting, they allow you to download very quickly and completely anonymously.

Privacy & Security: Until recently, Surfshark only had a no-logs policy that wasn’t backed up by anything. However, things are now different because the VPN service provider has now adopted RAM-disk servers. Thanks to that, it’s no longer capable of keeping your logging information.

Each of Surfshark’s applications and extensions is very user-friendly. They also come with a decent set of features that you’ll surely find useful. With that said, anyone that wishes to level their Surfshark experience up can avail of the provider’s many paid add-on security features.

Pricing: Surfshark’s fee of $12.95 for a 1-month subscription is justifiable. Why? Because it’s one of the only two providers that has support for unlimited simultaneous connections.

Netflix: My favorite VPN for unblocking Netflix, BBC iPlayer, and any other streaming platform is ExpressVPN. The reason why is because it seldom fails to circumvent most of the world’s geoblocks. Furthermore, it also never introduces buffering and quality issues to my streaming sessions.

Torrenting: ExpressVPN has a network that’s made up of more than 3000 servers. Each one is P2P enabled, and as a result, perfectly suited for torrenting. And yes, if you’re wondering, none of ExpressVPN’s locations have leaked during the leak tests that I conducted using IPLeak.net.

Privacy & Security: Online security experts have long held ExpressVPN’s privacy and security capabilities in very high regard. This is due in large part to the fact that the provider is the first ever to make the move to using RAM-based servers across its entire network.

Besides what’s stated above, you should also know that ExpressVPN has itself audited by an independent security firm on an annual basis. On top of that, it also has no record of ever getting hacked by any sort of malicious third party.

Pricing: I think that ExpressVPN prices are a little too high for it to be a serious contender for those who’ve got tight budgets. After all, the provider charges $12.95 per month without supporting unlimited simultaneous connections or anything similar.

Netflix: CyberGhost is one of the most capable VPNs there is when it comes to circumventing the geo-restrictions of popular streaming platforms such as Netflix. Most of its servers are fast and able to easily grant you access to anything you want to watch. Also, the VPN provider’s apps make picking a location easy as they list down the ones that are good for streaming.

Torrenting: You can torrent without hitches using CyberGhost. The VPN service provider is free of leaks and has many P2P servers. These servers can be connected to easily thanks to its apps, which also provide you with a list of locations that you may use for downloading.

Privacy & Security: Out of everything it can do, CyberGhost excels most at providing its users with top-notch online security. It easily masks IP addresses thanks to its massive network. Aside from that, it employs nothing but the best military-grade AES 256-bit encryption. Besides that, it has applications and web browser extensions that are packed with useful safety features.

If anything, the only thing when it comes to security that CyberGhost needs to improve upon is its protocol support. You see, the VPN only lets you toggle select protocols for select platforms, which can be a bummer as users of some devices may find themselves left out.

Pricing: The rates of CyberGhost were once regarded to be some of the lowest around. Sad to say, things are now different because the VPN has recently increased its prices. Today, a basic 1-month subscription shall run you back a disappointing $12.99.

Netflix: PureVPN can access geo-restricted Netflix, Hulu, Amazon Prime, HBO Max, and BBC iPlayer libraries using its network of 7000+ servers. As you might’ve expected, the majority of these servers are fast and fully capable of granting you a seamless viewing experience.

Torrenting: Although not all of its servers are P2P enabled, that doesn’t stop PureVPN from being a superb VPN for avid torrenters. After all, the service doesn’t leak and has applications that make finding and pairing with an optimized torrenting server beyond easy users of all sorts.

Privacy & Security: PureVPN is based in Hong Kong, which is part of China. Even so, it’s still widely regarded by experts to be extremely secure. A large reason why is because it has been able to maintain a flawless security record despite being headquartered in a country that has a reputation for being notoriously hostile towards VPNs.

In addition, all of PureVPN’s applications come loaded with features such as an ad & malware blocker, automatic kill switch, and split tunneling. Hence, anyone that wishes to level up their level of security can easily do so for free with PureVPN.

Pricing: PureVPN’s 1-month subscription plan currently costs $10.95, which I believe is fair. This is because CyberGhost, which has nearly identical specifications, costs nearly $2.00 more.

I wasn’t able to head over to France to perform tests. Therefore, the only way for me to find out which providers did best in the country was to read up on user testimonies and conduct several polls on various social media platforms.

Aside from sheer performance, I considered pricing and value for money when coming up with my rankings. After all, these two things, for most, dictate whether a VPN service is worth buying.

Before finishing this article, let us quickly go over each of the top five VPNs for France that I discussed earlier. That way, you may know for sure which one you should purchase.