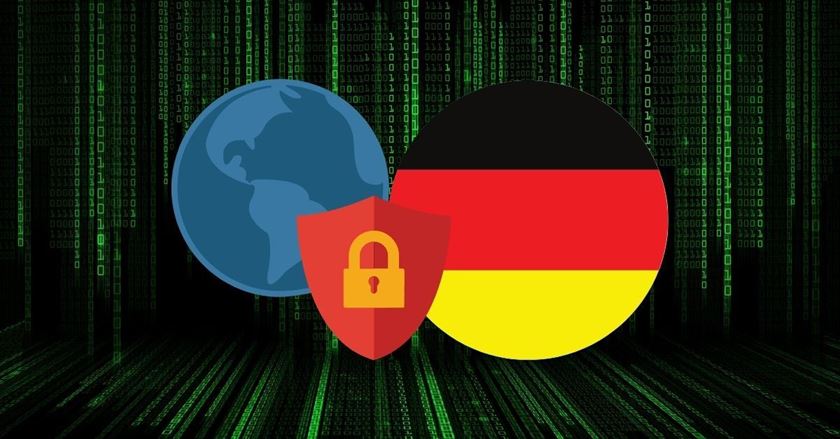 According to Freedom on the Net, Germany is under the category of “free” in terms of Internet freedom. It has a score of 80/100. While citizens can use the Internet with liberty, online privacy may come into question as Germany is part of the Fourteen Eyes alliance. While it does not share as much information, Germany is still willing to participate in data sharing for national security.

Like other countries, Germany also has geo-blocks when it comes to streaming. Not all titles and streaming platforms are available in the country as not all shows are allowed to be streamed universally.

With privacy and geo-restrictions in mind, a VPN will come in handy to make your online activity more convenient. Here are some of the best VPNs for Germany:

Why Would You Need a VPN in Germany?

There are tons of great Netflix shows, but some are only exclusive to certain regions. While Germany has its titles in its libraries, there are other countries with larger options. If you want to access them, a reliable and fast VPN is the key. VPNs help you bypass the geo-restriction and allows you to stream the movies that are not available in your area.

Torrenting itself is not banned in Germany. But if you’re caught downloading copyrighted content, they will require you to pay a fine. To protect yourself while torrenting, you should use a VPN with a no-logs policy. This will protect you from ISPs that monitor your traffic, letting authorities detect your geolocation.

Germany is a part of an intelligence alliance. This should make you wary of how the government watches your online activity. Apart from that, there are also risks that hackers and spies may access your data. VPNs prevent such circumstances from happening. It protects your privacy and leaves your actual information undetectable from the government or other third parties.

Netflix: If your main reason for using a VPN is to stream foreign Netflix titles, NordVPN is one of the best options out there. It has 5,000 servers that allow you to access the different libraries across the globe. What makes it one of the best choices is its fast performance even if you connect to a server far from Germany. It gives you high-quality videos throughout your stream.

Torrenting: You can torrent on all of NordVPN’s servers. It does not have any limits on speed or bandwidth, letting you stream conveniently. It protects all of your private information, including your IP address and Domain Name System (DNS).

Privacy and Security: NordVPN has a no-logs policy and features like Obfuscated Server and Double VPN. It is aiming to upgrade its servers into RAM servers. Once it transitions into this kind of server, its subscribers will be more secure. The service also has a bug bounty program, letting its users pinpoint vulnerabilities in privacy. This helps them determine how to improve their service for their subscribers.

Pricing: For $11.95 per month, you can use NordVPN on six devices simultaneously. Looking for lower prices? Its yearly plan is cheaper compared to its monthly subscription. It has a 30-day money-back guarantee in case you will not be satisfied with its performance.

Netflix: Surfshark circumvents geo-restrictions without difficulty. With its 3,200 servers in 65 locations, it will allow you to go through different Netflix libraries. It is fast enough to give you high-definition videos. If you want to use as many devices as possible, you can easily do that as Surfshark allows unlimited simultaneous connections.

Torrenting: Looking for optimized servers for torrenting? Surfshark has P2P-optimized for your convenience. It does not have any bandwidth limits so you can do file sharing without difficulty. It also completely hides your IP address from potential hackers.

Privacy and Security: Surfshark is one of the VPNs that offer RAM-based servers. Once you connect to its servers, it will erase all your data and online activity, making it impossible for the VPN itself to access your information. This is on top of its no-logs policy. Surfshark also “chains” two or more servers to give you more security through its feature called MultiHop.

Pricing: A monthly Surfshark subscription is priced at $12.95 per month. With its security features, unlimited bandwidth, and unlimited simultaneous connections, this is a reasonable price. Rates can go lower if you will choose a long-term subscription.

Netflix: ExpressVPN offers its users 3,000 servers in 95 countries. With this number of server locations, you can access Netflix libraries of most countries without any problem. ExpressVPN is fast and gives your high-definition stream.

Torrenting: Proving to be one of the chosen VPNs in the market, ExpressVPN provides P2P-optimized servers and unlimited bandwidth. It protects your privacy by masking your IP address and providing leak protection.

Privacy and Security: ExpressVPN is one of the few services that has RAM-based servers. A RAM or volatile memory prevents the VPN itself from storing any information once the user disconnects from the server. However, ExpressVPN lacks additional features and an ad and malware blocker.

Price: ExpressVPN’s monthly subscription of $12.95 allows five simultaneous connections. It has a 30-day money-back guarantee in case you will not be impressed with its service.

Netflix: IPVanish has around 1,500 servers that will help you bypass Netflix geo-restrictions. It will allow you to watch foreign Netflix shows, but there will be some issues while streaming. You might experience low-resolution videos in the middle of your stream.

Torrenting: It allows torrenting on all of its servers. Apart from hiding your IP address, it gives you an extra layer of protection by switching your IP address during intervals while you are conducting file sharing.

Privacy and Security: IPVanish has a no-logs policy and blocks ISP tracking. But also take note that it is based in a Five Eyes country. Also, it had an issue when it allegedly helped authorities by providing data of one of its users for an investigation. However, no confirmations were made.

Pricing: A monthly IPVanish subscription costs $10.99 per month. A single plan lets you connect unlimited multiple devices at the same time. It is also affordable compared to other VPNs in the market.

Netflix: CyberGhost has an impressive 6,000 servers in the world. There’s no doubt this VPN service can help you access Netflix shows that are only available in other regions. However, this number of servers can affect the speed and quality of your stream.

Torrenting: CyberGhost allows torrenting in all of its servers. If you prefer servers optimized for P2P, you can use its desktop apps.

Privacy and Security: This VPN service uses powerful encryption. As for the VPN protocols, it has different ones for every type of operating system you are using. To add to its security features, it also has a NoSpy Server, Secret Photo Vault (iOS), and Data Compression (Android).

The best VPN for Germany must be fast and reliable when it comes to streaming and torrenting. It is also important for a German VPN to have a no-logs policy to prevent hacking and ISP tracking. Another important factor to consider is if its price is worth the service and features it offers.

Now that we’ve discovered why these VPNs are best recommended in VPN, let us compare them side-by-side. Here is a chart for a more comprehensible comparison: