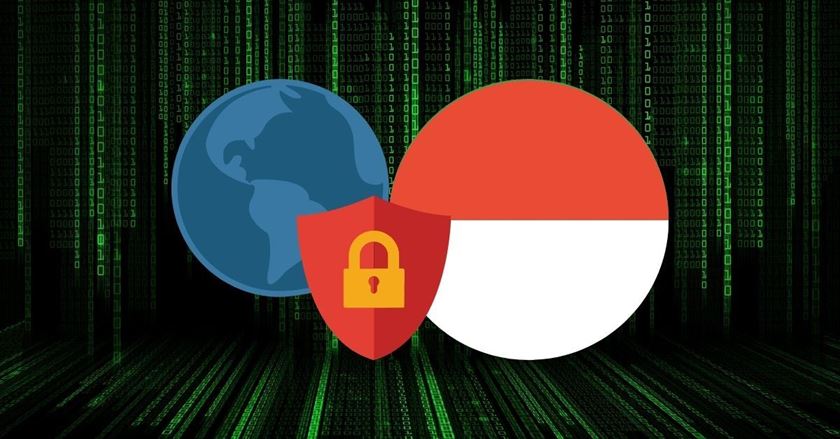 Indonesia is a hub for cybercrime and unwanted internet surveillance. As a result, browsing the web there is as dangerous as it could be.

To guarantee your protection, you must use a VPN. Needless to say, not every VPN provider is created equally. Some are far better than others for use in Indonesia for a variety of reasons that we’ll discuss later.

These are my top five VPN service providers for Indonesia:

Before we have an in-depth discussion about each of the five providers listed above, I’d like to quickly explain how I ended up with my rankings. Furthermore, I shall also talk about every reason why you’d need to use a VPN whenever you browse the web in Indonesia.

I was in Indonesia just before all the lockdowns. I decided to test as many VPN providers as possible to determine which performed best in the country. At the end of everything, I was able to settle on five awesome services that each manage to deliver spectacularly when it comes to performance.

Affordability and value for money are two other things I considered when ranking my top virtual private networks for Indonesia. This should be surprising given that, for most people, these two factors ultimately dictate whether a VPN provider is worth purchasing or not.

Why Would You Need a VPN in Indonesia?

VPNs aren’t just digital protection tools. When used, they provide benefits that extend beyond the realm of online security. With that in mind, let us discuss all the reasons why you would need a capable virtual private network provider for browsing the internet in Indonesia:

You can use a VPN to access libraries that would otherwise be unavailable in Indonesia. This is great because Indonesia does not particularly have the best streaming libraries.

Many VPN services pride themselves on being able to work around the restrictions of popular streaming sites such as BBC iPlayer, Amazon Prime, Hulu, and Netflix. Sad to say, in reality, only a handful of them manage to consistently get the job done successfully. For that reason, reading up on streaming reviews and user testimonies is imperative before you buy a VPN.

Torrenting is dangerous because it leaves you wide open to cybercriminals and other parties with malicious intent. A VPN can protect you when downloading via torrent by masking your IP address. By doing this, it fools any troublemakers into thinking you’re browsing elsewhere from where you are.

As you probably already know, a VPN’s main purpose is to provide complete digital security and privacy to its subscribers. Providers that cannot do this are arguably worthless. When using them, you’ll only end up endangering yourself and whoever else uses your computer.

Settle on a VPN that has a concrete zero-logging policy and uses AES-256 encryption. Besides that, it should support all of the latest and greatest VPN protocols. Finally, the provider you choose must have applications that carry every feature that you’d possibly need.

What are the Best VPNs for Indonesia in 2021?

Netflix: NordVPN can unblock any Netflix library that’s thrown at it thanks to its very large and capable network.

Although not all of the provider’s 5000+ servers can unblock Netflix, most of them can. In addition, it’s worth noting that these locations have superb speed capabilities. During my experience, not once did they cause my internet to become unusable.

Torrenting: Anyone who downloads torrents regularly won’t be disappointed with NordVPN. It makes up for its lack of a 100% P2P network by having applications that let you easily select and connect to P2P-enabled servers. Because of that, getting ready for torrenting is beyond easy for NordVPN subscribers.

Privacy & Security: The security capabilities of NordVPN are superb. Despite being hacked a few years ago, most experts still trust it. Why? Because it has been making great efforts to make sure its security doesn’t get compromised again.

NordVPN is one of the few VPNs that maintains an active bug bounty program. Aside from that, it has also developed a proprietary VPN protocol that is based on WireGuard. For those who aren’t aware, WireGuard is the newest, fastest, and most secure VPN protocol there is.

Pricing: Affordability isn’t something NordVPN is known for. Even so, the provider still makes for a great option for those on a budget since it still has competitive rates. Its most basic 1-month subscription, in particular, won’t break the bank as it’s just $8.84.

Netflix: Surfshark is generally acknowledged by online security experts as one of the best VPN providers for streaming. Besides having many blazingly-fast servers that can easily circumvent Netflix’s blocks, it also allows for unlimited simultaneous connections. That means that with one subscription, you’ll be able to let everyone in your family change their Netflix regions.

Torrenting: All of Surfshark’s servers are leak-free and P2P-enabled. Hence, the service makes for an excellent VPN for torrenting. When connected to it, you will most definitely have a safeguarded and anonymous torrent downloading experience.

Privacy & Security: Something else that makes Surfshark’s servers stand out is the fact that each one of them is RAM-based. As a result, they cannot be utilized for data collection, making them among the most trustworthy VPN servers on the planet.

Apart from having a secure network, Surfshark also uses military-grade AES 256-bit encryption and supports a wide range of protocols. Furthermore, its apps come preloaded with a decent assortment of features. On top of that, the provider even has a collection of paid add-on features that you can purchase to further enhance your online security.

Pricing: Surfshark’s pricing and planning schemes are very similar to NordVPN. However, the VPN provides greater value as it allows for unlimited simultaneous device connections. With that being said, the provider’s monthly subscription shall run you $12.95.

Netflix: ExpressVPN and Netflix go hand in hand. For years, the provider has been the go-to of cinephiles and binge-watchers. It is because its 3000+ servers can work around Netflix and all other mainstream streaming websites with amazing consistency. Furthermore, they hardly, if ever, make a negative impact on internet connection speeds.

Torrenting: The entire network of ExpressVPN is P2P-enabled, and therefore, ready to be used for torrenting. As mentioned, the providers' servers have decent speed capabilities. Hence, it’s almost certain that when using it, you’ll be finished with downloading in absolutely no time.

Privacy & Security: ExpressVPN most certainly doesn’t fail at providing comprehensive digital security to all of its subscribers. It has a no-logs policy and a 100% RAM-based server network to back it up. Besides that, its apps come with all the essential tools you’d need to stay safe.

Sadly, the developers of ExpressVPN have chosen not to adopt WireGuard. Instead, they made their own VPN protocol known as Lightway. Although it hasn’t been widely reviewed yet, most experts believe that it does compare to WireGuard in regards to speed and secureness.

Pricing: ExpressVPN is a tad bit more expensive than all the other VPNs on this list with its monthly plan costing $12.95. As such, it isn’t the best choice if you’ve got a tight budget.

Needless to say, if you can afford it, then you should really consider getting it since it’s one of the best VPN service providers that money can buy.

Netflix: CyberGhost is your best bet if you want to access the local version of Netflix in as many countries as possible. How come? It boasts the largest VPN network in existence, consisting of more than 7500 servers that are, for the most part, capable of bypassing Netflix’s geoblocks.

Torrenting: Not every CyberGhost server location is P2P-enabled. In spite of that, it’s still safe to say that CyberGhost is an excellent torrenting VPN because it has more than enough P2P servers. To add to that, it also has apps that make selecting these servers incredibly easy.

Privacy & Security: CyberGhost’s security needs some improvement for it to match that of its major competitors like NordVPN and ExpressVPN.

That’s because its VPN protocol support is incredibly varied. Additionally, many of the VPN provider’s exclusive features aren’t free to use. However, on the bright side, these unique offerings are not that expensive.

Pricing: The rates of CyberGhost have recently risen by quite a bit. For that reason, I can no longer recommend it to those who’ve got really tight budgets.

With that said, I still believe CyberGhost’s prices are fair and that the provider offers excellent monetary value. Just avoid the provider’s 1-month plan, which costs a whopping $12.99.

Netflix: VyprVPN is a surprisingly capable VPN when it comes to unblocking Netflix and every other top-tier streaming platform. Despite having a small network of fewer than 1000 servers, the VPN doesn’t have trouble granting you access to the local libraries of more than 20 countries.

Torrenting: Torrenting isn’t advisable to do when using VyprVPN. That is because its servers have been proven to leak information when subjected to a leak test.

Privacy & Security: For a VPN of its size, VyprVPN has all the necessary bells and whistles when it comes to security. Its user-friendly applications come loaded with an assortment of essential security features such as a malware blocker and kill switch. Aside from that, the provider has a proven zero-logging policy.

Pricing: VyprVPN is a solid choice for many in Indonesia because it’s more affordable than a lot of other VPN providers. Nevertheless, it’s worth noting that the service is slightly more expensive than CyberGhost, which is arguably a better VPN in all aspects.

Like its closest competitor (CyberGhost), the 1-month subscription plan of VyprVPN will run you $12.99, which sadly isn’t a bargain.

I would like to end this article with a comparative table of all my top VPNs for Indonesia: