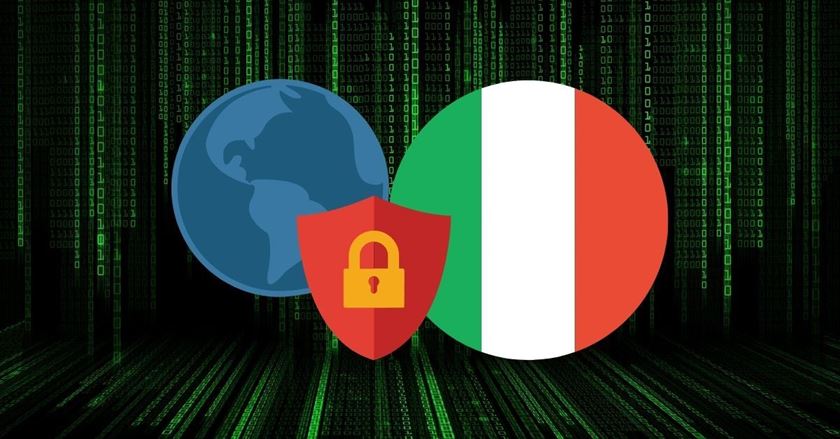 Online users in Italy can access the Internet with liberty. According to Freedom on the Net, Italy has a score of 76/100, falling under the category of “free.” There is minimal censorship when it comes to content consumption in the country. However, they block websites that violate copyright laws and platforms that spread disinformation.

While you can use the Internet freely in Italy, you should be aware that this European nation is part of the 14 Eyes agreement. This surveillance agreement may mean the government is capturing your online activities and sharing them with the US National Security Agency (NSA) and other agencies.

To keep your digital activity protected, here are some of the best VPNs for Italy:

Why Would You Need a VPN in Italy?

Most of the content owners do not sell their copyright universally to make the most out of their profit. After all, different markets demand different content. Using a VPN will let you access those geo-blocked TV series you want to binge-watch.

Torrenting itself is not illegal in Italy, but you should be wary of downloading copyrighted content. If the authorities catch you doing so, you may face sanctions and a fine. Before you conduct any file-sharing activity, it’s best to use a VPN that will successfully protect you from any leaks and hide your IP address for added security.

As said above, Italy is part of the 14 Eyes agreement that may monitor your activities and share them with agencies. Subscribing to a VPN will protect your privacy and avoid the prying eyes of authorities. A VPN provider that has a no-log policy will assure you that your data won’t be shared by other entities.

Netflix: Italy has an impressive library, but when you use a VPN, you will be able to access thousands of other TV series and movies around the globe. ExpressVPN will let you do so with its more than 3,000 servers located in different countries. Its fast service will let you stream in high definition without lags or interruptions.

With its number of servers, you will be able to find the best one for streaming.

Torrenting: As it lives up to its name, ExpressVPN gives fast download speeds. It does not have any bandwidth limits. When using this VPN service while torrenting, it gives leak protection and veils your true IP address from the authorities or spies. It has servers perfect for file sharing, too.

Privacy and Security: Thinking if ExpressVPN can protect your anonymity well? This service provider has security features that cannot be found in other VPNs in the market. It has a zero-logs policy and servers that are RAM-based, meaning it can’t store your data once you disconnect it from the servers. But take note that ExpressVPN does not have any other add-on features.

Price: At $12.95 monthly, you can subscribe to ExpressVPN. A single subscription can secure up to five simultaneous connections. It is pricier than other VPN options. Just in case you need it, ExpressVPN also has a 30-day money-back guarantee.

Netflix: With over 5,000 servers worldwide, NordVPN can easily give you access to the large Netflix libraries. It has a fast performance that lets you stream in high quality without any problems. You will be able to binge-watch that UK-exclusive shows even when you are in Italy.

Torrenting: When it comes to file sharing, NordVPN suggests its best servers. However, not all of its servers are improved for torrenting. Still, it successfully hides your IP address and gives you leak protection.

Privacy and Security: NordVPN has additional features like Obfuscated Server and Double VPN. It also has a no-logs policy and aims to upgrade into RAM servers soon. This VPN service, however, faced a data breach issue in 2018. One of their servers got hacked by an unauthorized person. This paved the way for them to develop their bug bounty program, prompting its subscribers to report NordVPN’s vulnerabilities.

Pricing: You can protect up to six simultaneous devices if you subscribe to NordVPN’s service, which is priced at $11.95 per month. If you are convinced of NordVPN’s performance, you can opt for its yearly subscription. This gives you large discounts.

Netflix: You don’t have to leave Italy to watch other regions’ Netflix shows. Surfshark lets you choose your preferred foreign library with its 3,200 servers, defying geo-restrictions. Surfshark is also one of the fast and reliable VPNs so you can be assured of an HD streaming experience.

Torrenting: Surfshark has optimized P2P servers for torrenting. You don’t have to wonder if it keeps you anonymous because it does its job of hiding your online identity and protecting you from DNS leaks.

Privacy and Security: Surfshark’s volatile memory-based servers give your security like no other. As it automatically deletes your data once you turn off your gadget, Surfshark assures you that it is not capable of storing any of your information. Apart from that, Surfshark also has a MultiHop, which provides an added layer of security by “chaining” servers together.

Pricing: Surfshark offers its service for $12.95 monthly. This price can go lower if you avail of the long-term subscription plans. With this single plan, you can connect unlimited devices simultaneously.

Netflix: CyberGhost has around 6000 servers located in 88 different countries. With this number, you can tunnel through different foreign Netflix libraries in Italy. But its large volume of servers also has its disadvantages. There will be instances where you will experience low-quality streams and your video will not run as smoothly as it should.

Torrenting: This VPN service allows torrenting on different platforms. But if you use its desktop apps, you will be able to use optimized servers for file sharing. Just like other VPNs, CyberGhost does a good job in terms of leak protection and hiding your real IP address.

Privacy and Security: CyberGhost uses military-grade and highly secure encryption, but uses varying VPN protocols depending on what operating system you have. It also has different additional features for Android and iOS.

Pricing: With $12.99 per month, CyberGhost allows you to protect up to seven devices at a time. If you decide on longer-term plans, it can give you higher discounts—a two-year plan can give you discounts of up to 83%.

Netflix: IPVanish has 1,500 servers around the globe. While this number is fewer compared to other VPN services in this list, it can still let you bypass geo-restrictions and watch foreign Netflix titles. However, you might experience low-quality videos as you go on your stream. It does not give a fast performance in terms of Netflix streaming.

Torrenting: You can remain anonymous and protected from any leaks if you use IPVanish. It allows torrenting on all of its servers. For added security, it can change your IP address at certain intervals.

Privacy and Security: IPVanish has a no-logs policy, but it is important to remember that it is located in the USA, a member of a Five Eyes Agreement. This VPN service also developed a reputation when it allegedly gave one of its user’s information to an investigating party. Since then, people have become skeptical of its no-logs policy.

Pricing: IPVanish provides its service for $10.99 per month. This is already cheaper than other services as you can use it on as many devices as you like simultaneously. It also gives better discounts if you opt for the long term.

When in Italy, it’s best to have a VPN that is fast enough to let you stream in high definition and conduct file sharing without issues. As Italy is a member of the Fourteen Eyes Agreement, it is also important to have a VPN that successfully hides your IP address and protects you from prying eyes. The VPN should have at least a no-log policy—better if it offers RAM-based servers.

To compare all the VPNs for Italy, here is a chart comparison: