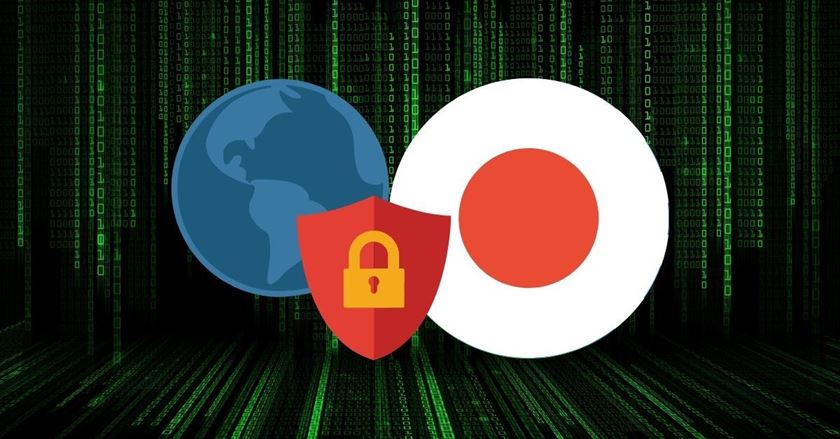 According to Freedom on the Net 2020, Japan’s Internet status is considered “free.” It has a score of 75/100, where 0 is the least free and 100 is the most free. The majority of the people in Japan are Internet users, and they seldom experience cyber attacks. Still, you can never be too secure when it comes to your connection.

If you’re a tourist, it will be easier if you have a VPN handy. You can access websites in your local language instead of having difficulty with the Japanese versions. It will also help you unblock content that is unavailable in Japan. And just in case you will be spending a lot of time connecting to public Wi-Fi, using a VPN will keep your connection private and away from surveillance.

These are five of the best-recommended VPNs in Japan:

Why Would You Need a VPN in Japan?

Japan may have a high Internet freedom score, but that doesn’t mean it has access to all content libraries. Unblocking foreign content for streaming will require a VPN service. If you want to watch Netflix content available in the US, get a fast Japan VPN.

It’s important to know your VPN provider can bypass geo-restrictions without interruptions or slowing down your Internet speed.

In 2012, Japan announced penalties for those who illegally download files. There have been mixed statements if you will get arrested in Japan for torrenting, but downloading and uploading copyrighted files can get you in trouble. To make sure that the police or authorities in the country are not looking into your activity, it’s best to use a VPN.

You can choose a Japan VPN that masks your original IP address, preferably a service with optimized P2P servers.

What is a VPN if it can’t give you the security and privacy that you need? You are using a VPN to keep prying eyes off of your online activities. Make sure that the service provider you will subscribe to has a zero-log policy. If it has a RAM-based or short-term memory server, that will give you more security.

Check out reviews and past issues to make sure your VPN provider is reliable. Take note of its speed, too.

Netflix: If you aim to access many geo-blocked Netflix content, ExpressVPN is one of your best bets. This VPN service has 94 locations and more than 3000 servers in the world. It will surely provide you with a server that works for you. ExpressVPN also does not disappoint when it comes to speed.

Torrenting: ExpressVPN lives up to its name as it does not slow down your Internet connection. It is perfect for those who use torrents in Japan as it has optimized P2P servers and never fails to hide your true IP address.

Privacy and Security: In terms of this category, you can trust ExpressVPN. It has a RAM server network and a no-log policy. As of date, it did not face any data breaching or hacking issues. You can browse through the Internet without worry. The only catch is that this VPN service does not have any additional features. It even lacks an ad and malware blocker.

Price: A one-month plan of ExpressVPN costs $12.95. If you compare it to other services, this is pricey. It provides great performance, but if you want a cheaper VPN, you might want to think twice before subscribing to ExpressVPN and consider the other VPNs below.

Netflix: With NordVPN, you can access a lot of Netflix libraries with its 60 server locations in the world. It has over 5000 servers that will give you a great streaming experience free from lags and low-resolution videos.

Torrenting: NordVPN allows torrenting, but not all of its servers are optimized for peer-to-peer file sharing. Still, it can suggest the best servers when torrenting. Plus, it has speeds that will not interrupt your activity.

Privacy and Security: Back in 2018, NordVPN faced a hacking issue, and the provider confirmed the reports. Its Finland server was accessed by a third party. However, NordVPN has already taken steps to improve its service. It even has a bug bounty program, which engages users to report any inaccuracies and vulnerabilities. Those users will get compensation as a reward.

This VPN service also has ad blockers and additional features like Double VPN and Obfuscated Server.

Pricing: NordVPN charges $11.95 per month for its basic plan. That’s still a bit expensive than other VPNs in the market. But you can also opt for its long-term plans.

Netflix: Surfshark lets you stream smoothly on Netflix. As it has fast performance, it will not interrupt your stream while you are in Japan. It also has 3200 server locations in more than 60 countries. That will give you more options for other countries’ Netflix shows. You can also use it on unlimited devices all at once.

Torrenting: Surfshark’s servers are P2P optimized. You don’t have to worry about your security when torrenting in Japan because Surfshark has got you covered.

Privacy and Security: Surshark did not face any security issues in the past. It is one of the best VPNs in terms of privacy because of its volatile memory-based servers. It also offers great encryption and VPN protocols. It is secure and fast enough to even bypass China’s firewall.

Pricing: For a month-long plan, a Surfshark subscription is priced at $12.95. It’s a tad more expensive than other VPNs. But considering its features and its unlimited simultaneous connections, it is worth its price.

Netflix: With about 6000 server locations in 88 nations, CyberGhost can unblock most of the foreign Netflix libraries. However, do take note that your connection may slow down. The quality of the video may drop in the middle of your stream.

Torrenting: CyberGhost allows file sharing in all of its servers. But not all of them are optimized for P2P, except if you will use its desktop apps. Nevertheless, this VPN service is safe for torrenting in Japan.

Privacy and Security: CyberGhost’s VPN protocols vary per operating system. But it does have AES 256-bit encryption, SHA-256 Hash Authentication, and 4096-bit RSA Key Exchange. It also has ad and malware blockers, and additional features like NoSpy Servers,  Data Compression for Android, and Secret Photo Vault for iOS, to name a few.

Pricing: At $12.99 per month, you will be able to subscribe to CyberGhost. It is pricey if you choose the basic plan. Its two-year plan can offer you an 83% discount. For CyberGhost, it’s better if you choose a longer-term plan than a monthly one.

Netflix: Hotspot Shield is a reliable VPN when it comes to streaming. It has a Catapult Hydra protocol, a protocol known for its speed. This gives you HD video when you stream overseas content on Netflix.

Torrenting: With its unlimited bandwidth, Hotspot Shield is an option to consider. It also has strong security. But while it does have a no-logging policy, it does collect some of your information, your real IP address included. It goes to show that there are better VPNs for torrenting.

Privacy and Security: Hotspot Shield is based in the US—not the best place for a VPN as the country is a Five Eyes member. The government may spy on your online activity for national security. As also mentioned earlier, it collects your IP address. It also logs your location and even device information. This can be off as most VPNs do not log any of your private information.

Pricing: Hotspot Shield does not have a free subscription and can be a little pricey when it comes to its monthly plan. But it is affordable when you subscribe to its three-year plan.

While looking for the best Japan VPN , the price is one of the factors I consider the most. Of course, you would want a VPN that will get your money’s worth.  I also consider the jurisdiction, the policies, and additional features. I always look for the quality that will make me feel more secure as a VPN should.

Speed is also one of the important things to take note of. If the VPN has great speed, I can stream and torrent without any interruptions.

Now that we know the features of the best VPN in Japan, let’s summarize them in one comprehensive table: