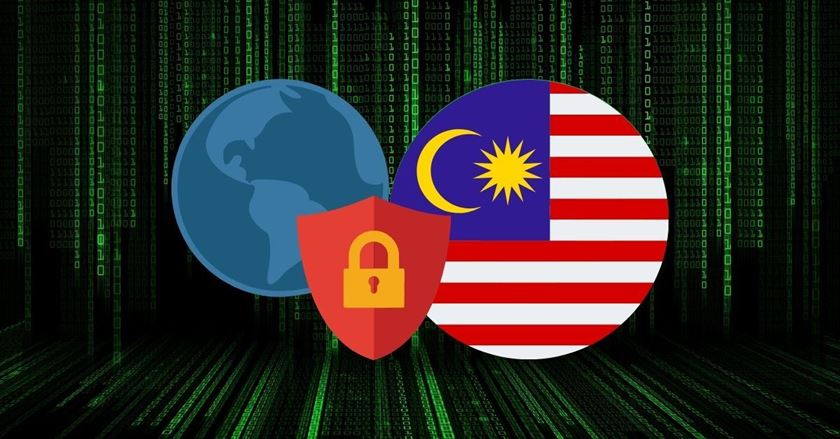 Malaysia is a wonderful tourist destination and country to live in. Sadly though, it’s also a place where unwanted internet surveillance is common. On top of that, it is fast becoming a hub for cybercriminals. Therefore, browsing the internet there without any protection is quite not the smartest thing to do, to say the least.

You’ll need a VPN to access the web safely in Malaysia. The problem is that countless service providers claim to be the best choice for the country, while only very few of them truly are.

These are my top VPN providers for Malaysia, in order of preference, from top to bottom:

I’ll explain why these five VPNs are so great for Malaysia a little later. Before anything else, let’s go over how I developed my rankings. Following that, we shall discuss every reason why you would need and want to use a virtual private network when surfing the web in Malaysia.

I went to Malaysia just before the COVID-19 lockdowns. During my free time there, I tested more than twenty VPNs. Eventually, I was able to determine which VPNs were the best for use within the country. As expected, all of them are great performers that won’t disappoint.

Of course, when it comes to VPNs, performance isn’t everything.

After all, not everyone has an unlimited budget to spend on their online security. As such, a VPN provider must have competitive rates to stand above its competitors. For that reason, I took affordability and value for money into consideration when I was coming with my rankings.

Why Would You Need a VPN in Malaysia?

You need to use a VPN in Malaysia for a myriad of reasons. Let’s go ahead and discuss each one of them below. That way, you’ll be able to properly justify spending your money on a VPN.

Many leading VPNs can unblock the streaming service libraries of popular websites like BBC iPlayer, Amazon Prime, and Netflix. They achieve this by changing your IP address, and as a result, tricking Netflix into believing you’re somewhere you’re not.

Having a VPN for streaming can come in handy in places like Malaysia that aren’t known for having worthwhile Netflix libraries. And if anything, this fact is especially true for people who stream TV shows, movies, documentaries, and other kinds of content on a daily basis.

As many of you probably already know, torrenting without a VPN can be very dangerous. It will leave you wide open to cybercriminals and government authorities or ISPs that are conducting unwanted digital surveillance.

The VPN you get must have a wide array of P2P servers that you can use for torrenting. More importantly, it should not leak when subjected to tests. Finally, it has to have decent speed capabilities to ensure that you’ll be able to finish downloading as soon as possible.

Privacy and security are two things that every VPN must provide. Sad to say, many providers cannot keep you 100% safeguarded. As a matter of fact, some VPNs even compromise your security by gathering your private data and then putting it up for sale.

Nowadays, the most secure VPNs have completely RAM-based networks. In addition, they use AES-256 encryption, which is military-grade. On top of that, they’ve got support for all leading protocols, especially WireGuard. Finally, their native apps come with many security features.

What are the Best VPNs for Malaysia in 2021?

Netflix: Netflix and NordVPN go as well together with each other like bread and butter. For many years, the provider has been able to consistently get around Netflix’s geoblocks without issues.

Though it does experience periods of downtime, this occurs very rarely. Hence, it’s a go-to for anyone who needs a very reliable streaming VPN in Malaysia.

Torrenting: It’s widely known that NordVPN is a superb VPN solution for torrenters. Although it does not have a fully enabled P2P network, the provider does have a wide assortment of P2P servers. The best part is that choosing one of these servers is beyond easy because all of NordVPN’s native applications list them down.

Privacy & Security: NordVPN got embroiled in controversy several years ago after it managed to get hacked. During the unfortunate incident, information necessary to establish a fake NordVPN server was obtained. Fortunately, no private user data was stolen.

To redeem itself, NordVPN has introduced a bug bounty program. Along with that, the provider’s developers have also created a proprietary protocol that’s modelled on WireGuard. In addition, they have also announced a full transition to RAM-based servers by the end of this year.

Pricing: NordVPN isn’t the cheapest VPN. That said, it’s definitely affordable and worth every cent that it costs. After getting it, you'll most certainly have regrets. However, if ever you do, a 30-day money-back guarantee policy has got you back. Now with that out of the way, one last thing you should know is that NordVPN’s 1-month plan costs a mere $8.84.

Netflix: Surfshark allows for unlimited simultaneous connections. Because of that, with a single subscription, you will allow everyone in your family to access the restricted libraries of Netflix. If anything, this is awesome since no other competitor has the same offering except for IPVanish.

Another thing worth noting is that Surfshark’s network is very large and fast. That means that when using the VPN, you’ll get to access Netflix in nearly every country that you want to.

Torrenting: Torrenting is something that you can do without hitches while connected to any one of Surfshark’s servers. How come? Because the server’s network is one of the few that is 100% P2P-enabled. And if you are wondering, yes, Surfshark does not leak when subjected to testing.

Privacy & Security: Surfshark didn’t trade off anything with security. The provider has a solid record when it comes to protecting its subscribers. If anything, this is thanks in large part to its network that consists entirely of RAM servers that can’t track, gather, and store your logs.

Surfshark uses standard AES-256 encryption just like all other top-tier VPNs. It also lets you choose between a broad range of VPN protocols. Finally, the provider’s extensions and apps all come with a malware blocker as well as an automatic kill switch feature.

Pricing: Surfshark’s rates aren’t that far apart from NordVPN’s. However, its 1-month is more expensive than NordVPN’s, costing $12.95.

Needless to say, I believe that Surfshark offers tremendously greater value than its competitor, meaning it’s a better option for those who are looking to get the best deal out there.

Netflix: ExpressVPN is an established player in the VPN industry that’s long been a thorn on the side of Netflix. Why so? Because even after so many years, the provider has managed to circumvent the streaming website’s geo-restrictions.

While its network isn’t as large as NordVPN or Surfshark’s, it is sure that you won’t run out of streaming options when using ExpressVPN. After all, it currently maintains more than 3000 ultra-fast Netflix-ready servers in 160 locations across 94 countries around the globe.

Torrenting: ExpressVPN doesn’t have trouble facilitating safe torrent downloading sessions. My tests have proven that it does not leak information. Furthermore, much like Surfshark, it too has a network that’s composed entirely of P2P servers, which are perfectly optimized for torrenting.

Privacy & Security: Your safety is ExpressVPN’s priority. The provider was the first one to ever have a fully RAM-based network that can’t keep logs. Moreover, it’s also one of the first to have itself audited by an independent security firm. For these reasons, you can be sure your data is safe whenever you’re connected to ExpressVPN’s many servers.

Pricing: The prices of ExpressVPN are high even when compared to its closest rivals. Like Surfshark, it charges $12.95 for a monthly subscription. What makes it different though is it doesn’t provide as much value since it doesn’t support unlimited device connections. Thus, there’s no way that I can recommend the provider from an affordability standpoint.

As you would expect, the provider is very good at bypassing the geoblocks of Amazon Prime, Hulu, BBC iPlayer, and of course, Netflix. On top of that, it is worth noting that besides having great unblocking capabilities, CyberGhost’s servers are fast. As such, it’s unlikely that you will experience lengthy loading times along with quality drops when streaming.

Torrenting: I still recommend CyberGhost for torrenting even if its network isn’t P2P-enabled in its entirety. Why? Its native applications for Windows, Linux, and macOS all list down what P2P servers are available for use. Due to that, finding and connecting to the right location using the provider is incredibly easy as well as convenient.

Privacy & Security: CyberGhost is without a doubt a very safe VPN. However, it could be a lot safer if it improved its protocol support. Yes see, the provider only allows you to use WireGuard on select platforms. Hence, users of some devices might find themselves left out and in a quite vulnerable position when browsing.

Pricing: Affordability was once something that CyberGhost was known for. Sad to say, that is no longer the case as the provider has steadily been increasing its prices. Today, its 1-month plan costs $12.99. Nevertheless, I still believe that CyberGhost is worth getting as it has much to offer.

Netflix: IPVanish has no trouble consistently unblocking Netflix’s US library. Sadly though, it has trouble granting its users access to all of the platform's other libraries. Because of that, I would not really recommend IPVanish to cinephiles and binge watches that plan on accessing as many versions of Netflix as possible.

Torrenting: The large server network of IPVanish is 100% P2P-enabled. By extensions, this makes it also perfectly optimized for torrenting. One drawback that you should be aware of though is that IPVanish’s servers aren’t the fastest available. As a matter of fact, they can sometimes be quite sluggish.

Privacy & Security: Although it is based in the United States, which is a Five Eyes Alliance member state, IPVanish has a flawless security record. It has never disclosed the private information of its users even after being requested to by the local authorities.

IPVanish’s apps are built with a kill-switch and malware blocker. In addition to that, they also let you toggle an exclusive feature that’s basically IPVanish’s version of double VPN. Using it, you shall make it twice as hard for third parties to compromise your digital security.

Pricing: IPVanish is the most affordable VPN on this list. That means it’s a great option for big savers that don’t wish to spend much on their Malaysian VPN. For the provider’s most basic 1-month subscription, you shall need to speed less than $10.

Before finishing this article, check out the table below, which breaks down everything you need to know about my top five VPN providers for Malaysia: