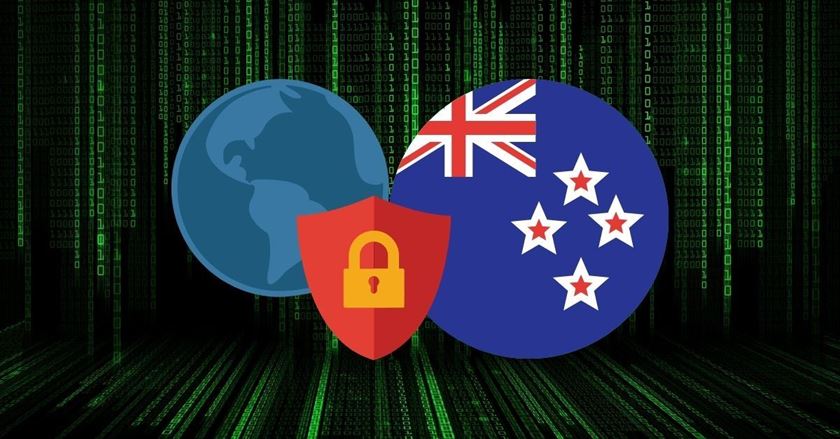 New Zealand doesn’t have any restrictive internet laws that prevent you from browsing the web freely (as far as I know). However, the country is known to conduct widespread digital surveillance. As a matter of fact, it is even a founding member of the Five Eyes Alliance, which is the world’s oldest and, by far, largest international intelligence-sharing agreement.

To stay under the government’s radar in New Zealand, you will need a VPN. But what provider should you use? I highly recommend one of the five that’s listed below (in order of preference, from top to bottom):

You’re probably wondering what makes these five VPNs stand out. Don’t worry as we’ll discuss that later. Before anything else, I’d first like to tackle how I came up with my rankings. After that, I’ll discuss all the reasons why you’d need a VPN in New Zealand.

When I was in New Zealand a few years ago, I figured that it would be nice to test out every VPN (20+ services) that I had to see which one was best for the country. After a long process, I was eventually able to narrow my choices to five providers that all perform well.

Needless to say, sheer performance wasn’t the only thing that I looked at. Like everyone else, I also considered the cost of each provider that I used. Why? Because affordability and value for money are two things that all must consider when choosing a VPN for New Zealand.

Why Would You Need a VPN in New Zealand?

Virtual private networks are essential tools for browsing the web in New Zealand for a variety of reasons. They are:

Gaining access to the restricted foreign libraries of streaming websites such as Netflix, Amazon Prime, Hulu, and BBC iPlayer is easy with a VPN. The only thing you need to do is connect to a capable foreign server then start browsing.

Sadly, not every VPN can bypass streaming website restrictions. Hence, you must read up on the particular VPN provider you’re planning to buy to see if it’s good for entertainment purposes.

A VPN is essential for anyone that downloads torrents. With it, you’ll be able to successfully stay out of the sights of cybercriminals. Moreover, you shall also be able to evade government monitors that seek to penalise you for downloading copyrighted content via torrenting.

How does a VPN keep you safe when torrenting? By replacing your legitimate IP address with one of its server’s. In doing so, any party that’s watching becomes unable to discern your real identity and find out your current real-world location.

A VPN that cannot protect you is not worth having. With that said, it is very important for you to go with a provider that’s got a zero-logging policy along with a clean security record.

Besides that, it should maintain support for every leading VPN protocol. Lastly, your provider must be equipped with every security feature that you'd ever need to utilise.

What are the Best VPNs for New Zealand in 2021?

Netflix: NordVPN excels at bypassing Netflix thanks to its more than 5000 servers that can all work around the streaming platform without hiccups. These servers are lightning-fast, with a handful being able to even improve your internet speeds by eliminating bandwidth limits.

Torrenting: Although not all of its servers are P2P-enabled, NordVPN still serves as a viable option for torrenters in New Zealand. Why? Because its apps provide a list of capable servers that you can use for torrenting, making selecting a location beyond convenient to do.

Privacy & Security: Sad to say, NordVPN doesn’t have a perfect security record. A few years ago, one of its rented servers got hacked by an independent attacker. During the breach, he successfully obtained information needed to establish a fake server, which could then be employed to steal private user data.

Fortunately, the developers of NordVPN have made an effort to make sure their VPN never gets hacked again. In addition to establishing a bug bounty program, they’ve created a proprietary protocol that’s based on WireGuard. Apart from that, they have incorporated a plethora of essential VPN security features into their applications.

Pricing: NordVPN is a bargain not because of its price as it’s far from the most affordable VPN provider available. It’s a bargain because it offers excellent value for money. To get a 1-month subscription, you must spend $8.84, which is reasonable if you ask me.

That said, if you ever have any regrets after buying NordVPN, you’ll be glad to know that the provider offers a guaranteed refund for 30-days following your purchase.

Netflix: Surfshark is the perfect family VPN for Netflix because it works around the streaming platform without effort and supports unlimited simultaneous connections. That means it allows your entire household to watch with zero restrictions with a single subscription. If anything, this alone gives the provider incredible value.

Torrenting: A great thing about Surfshark is that every one of its servers is P2P-enabled. As a result, you may connect to any of the VPN’s 3200 locations and download torrents without having to worry about accidental exposure. Using it, it’s sure that hackers along with government monitors will not be able to determine your present whereabouts.

Privacy & Security: Surfshark provides excellent digital protection due to many reasons. For one, it maintains a 100% RAM-based network that cannot store logs.

Additionally, it supports every mainstream VPN protocol and makes use of standard AES-256 encryption. Finally, the provider has apps that are full of useful security features.

Pricing: Surfshark is a little cheaper than NordVPN. However, its monthly plan is more costly at $12.95. Needless to say, it also provides more value to its subscribers. Why? The VPN provider allows for unlimited simultaneous connections, making one account enough for the entire family and even a couple of close friends.

Netflix: ExpressVPN is the preferred VPN for unblocking Netflix of many online security experts because it truly seldom fails to overcome the platform’s restrictions. Furthermore, the majority of its 3000+ servers have stellar speed capabilities. When using them, it’s highly unlikely that you’ll suffer from a bad connection which causes quality, buffering, and loading issues.

Torrenting: Given its age and reputation, it should come as a surprise that ExpressVPN is great for torrenting. Like Surfshark, its entire server network is P2P-enabled. Hence, finding a location in New Zealand to safely torrent from is extremely easy and convenient.

Privacy & Security: Out of everything it can do, providing privacy and security is something that ExpressVPN is most known for. It has a zero-logs policy that’s backed up by a network that’s completely made up of RAM-disk servers that can’t collect or store your logging info.

Unfortunately, many essential VPN security features are lacking from ExpressVPN’s apps. The provider makes up for this by utilising AES 256-bit encryption and supporting all major VPN protocols, including its own called Lightway.

Pricing: ExpressVPN isn’t an affordable VPN. Its rates are considerably higher than even its closest competitors. Even the provider’s most basic 1-month plan costs $12.95. For that reason, I can’t recommend it to anyone with a low budget.

Netflix: CyberGhost plays host to a myriad of servers that are capable of providing easy access to Netflix and other famous streaming platforms. These servers rarely get detected by censorship measures. More importantly, they don’t cause internet speeds to drop harshly.

Torrenting: Not every CyberGhost server is P2P-enabled. Despite that, I still believe that the provider is a good option for those who download torrents regularly. How come? Its desktop applications let you choose from a list of special torrenting servers, which are all safe to use.

Privacy & Security: CyberGhost’s security is good but it could be better. That’s because its protocol support varies greatly from platform to platform. Furthermore, most of its exclusive security features aren’t free nor are they universally available.

In recent months, CyberGhost has started rolling out support for WireGuard on all the operating systems that it works on. Additionally, the service has also revamped its apps and browser extensions. Nowadays, they’re much easier to use as they’ve got simple interfaces.

Pricing: CyberGhost has recently increased its prices. Currently, it charges $12.99 for a basic monthly subscription. As a result, the service can no longer be considered to be a budget VPN.

Nonetheless, it remains within the reach of average consumers such as yourself. If anything, this is great news for just about anyone.

Netflix: Watching most Netflix libraries is definitely possible using Private Internet Access or simply PIA. However, you should know that the provider does best when it’s utilised to work around the geo-restrictions of the United States’ local Netflix library.

Torrenting: Each and every one of PIA’s 3200+ locations is P2P-enabled, and thus, suitable for torrenting purposes. Sadly, my tests have proven that these servers aren’t as fast as they need to be. When using them, my connection sometimes got encumbered to such a degree wherein my internet became unusable.

Privacy & Security: Private Internet Access is a very secure VPN that’ll certainly keep you safe when and wherever you browse the web. It boasts one of the best built-in VPN ad & malware blockers called PIA MACE. Moreover, the provider’s applications also have a kill switch.

PIA doesn’t have any exclusive security features. While this may be a bummer for many, I think it’s not a terrible disadvantage. After all, the provider makes up for this by having apps that are equipped with every major basic security feature that a virtual private network must have.

Pricing: Unlike most of its competitors, Private Internet Access didn’t increase its prices during the start of the year. Hence, the service remains firmly within the list of the best budget VPNs available. The provider’s 1-month subscription price is just $9.95, making it cost just a tiny fraction of the price of other VPNs, which is simply awesome.

Let us end this article with a quick overview of my top VPNs for New Zealand: