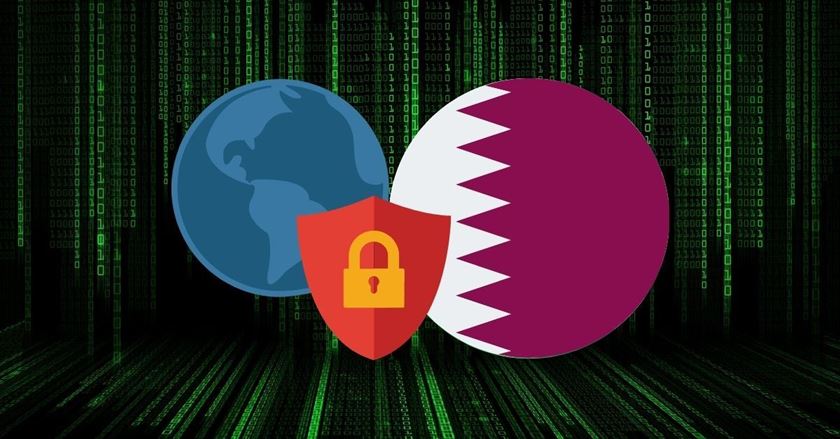 Qatar may be one of the most connected nations among the Arab countries, but Internet use is still filtered and heavily restricted. Internet users can access several websites and platforms. Still, the Qatar government censors pornography, dating service, lesbian and gay content, and other tools and websites. It is also strict when it comes to spreading fake news with “ill-intent.” The authorities will sentence the offender to up to five years in prison.

The mobile Internet in Qatar is fast—it even ranked fifth in the world back in 2019. While speed is not a problem, censorship is. That’s why if you will spend a lot of time in the country, it’s best to have a VPN installed on your phone or your other devices.

Here are five of the best-recommended VPNs you can use in Qatar:

Why Would You Need a VPN in Qatar?

VPNs are important if you want a more secure browsing, torrenting, or browsing through the web in general.

Netflix is available in Qatar, but its library is not as big as the other countries. The USA still tops the most number of shows on Netflix with over 5,800 series and movies. If you want to access other country’s titles, you will need a VPN that will give you HD video quality while you are in Qatar.

A VPN with several servers in different countries will help you unblock geo-restricted content without difficulties.

Qatar does not have any mandate or strongly-implied rules about torrenting. But since the government is strict when it comes to Internet use, it is best to use a VPN for a more private file-sharing activity. This way, you won’t have to worry if a third party is spying on your traffic.

So far, there are no reports about how the government is spying on every citizen’s online activity. However, we can’t rule out the fact that the Qatar authorities can have the ability to snoop, given that they censor certain websites.

A VPN with a no-logs policy or, better yet, a RAM-based server will help you go through the Internet anonymously. It will be able to protect your true network identity.

Netflix: With over 3000 servers worldwide, ExpressVPN will let you watch and browse through titles of the biggest Netflix libraries. If you want to access the US or UK library, this VPN service will let you do so—complete with an HD video! Just choose one of their servers and you’ll be able to stream the show that you want.

Torrenting: ExpressVPN is one of the VPN providers that has improved servers for torrenting. With its unlimited bandwidth, you will be able to conduct file sharing in Qatar without worrying about anonymity.

Privacy and Security: ExpressVPN does not have any additional features, like an ad blocker, unlike some of the VPN services in the market. But it is one of the few services that has RAM or Random Access Memory servers. It is safer and more secure than the common servers because it erases all your activity once you disconnect your device.

Pricing: For a month’s worth of ExpressVPN subscription, you are required to pay $12.95. Comparing it to other VPN services, this is more expensive. ExpressVPN may be a top choice for security, but it is not a top pick if you consider the price.

Netflix: NordVPN offers you more than 5000 servers in 60 locations. With this number of servers, you will be able to access different foreign Netflix libraries while you are in Qatar.

Torrenting: NordVPN hides your true IP address while you are torrenting. It even recommends servers that are best to use when you are conducting file sharing. It also has impressive speeds that will not delay torrenting.

Privacy and Security: NordVPN has reliable encryption and protocols. But it admitted that there was an unauthorized party who accessed one of its servers back in 2018. However, since then, it did not have any data breaching issues. It improved its service and has a bug bounty program for its users.

Pricing: A monthly NordVPN subscription is priced at $11.95. If you are convinced that NordVPN is the VPN for you, you can opt for longer-term plans, which offer great discounts.

Netflix: Surfshark will let you connect to its 3200 servers to access the Netflix libraries of different countries. It has excellent speed for streaming, and you can share your subscription with your friends. SurfShark offers unlimited simultaneous connections, which is helpful if you are using different gadgets all at the same time.

Torrenting: When it comes to torrenting, Surfshark is one of the VPN services that you can rely on. It has unlimited bandwidth and optimized P2P services that will keep you anonymous.

Privacy and Security: Surfshark is another VPN server that offers RAM-based servers. This is another VPN in the industry that assures you it does not keep your data and information. It is located in the British Virgin Islands, which does not belong to 14 Eyes nations. Moreover, it has impressive protocols and encryptions for every user’s security.

Pricing: For a monthly subscription, Surfshark is priced at $12.95. Compared to other services, this is a reasonable price because of its unlimited simultaneous connections.

Netflix: IPVanish is not as fast as other VPNs, but it still can give you a good streaming interface. Just expect a couple of lags from time to time while you are streaming in Qatar. You can choose to connect to over 1,500 servers in 55 countries.

Torrenting: No need to worry about leak protection. IPVanish does its job well in hiding your true IP address when torrenting. With this, you will be able to do file sharing as safely and privately as possible.

Privacy and Security: There is no question about the encryption and protocols of IPVanish. However, its no-log policy came into question when it allegedly handed the data of one of its users to the Department of Homeland Security. It is also based in the USA, a country that belongs to the Five Eyes nations.

Pricing: You can have IPVanish’s service for $10.99 per month. You can get better deals and higher discounts if you will avail of its long-term plans.

Netflix: With HideMyAss, you can tunnel through its more than 1080 servers. But there are troubles when accessing other foreign libraries. HideMyAss does not work 100% of the time, but it can still give you results.

Torrenting: HideMyAss allows torrenting. You don’t have to worry about your security and protection while using a torrent. But in case you face trouble, it suggests that you connect to London, Frankfurt, Amsterdam, New York, or Prague servers.

Privacy and Security: HideMyAss keeps its users private through its military-approved AES 256-bit encryption. It also assures its subscribers that it does not keep tabs on your online activity.

Pricing: HideMyAss offers a free 7-day trial. It has a yearly plan of $4.99 dollars per month, but you can save up to 75% if you choose the 36-month plan.

When choosing the recommendations for VPNs for Qatar, I consider the encryption, protocol, and of course, the number of servers. I take note of the jurisdiction of each VPN service, as well. It is important to me that the service does have a no-log policy—a bigger plus if it can offer RAM-based servers for added security.

Price is also one of the big factors in my criteria.

Let us see the overview of the five recommended VPNs for Qatar: