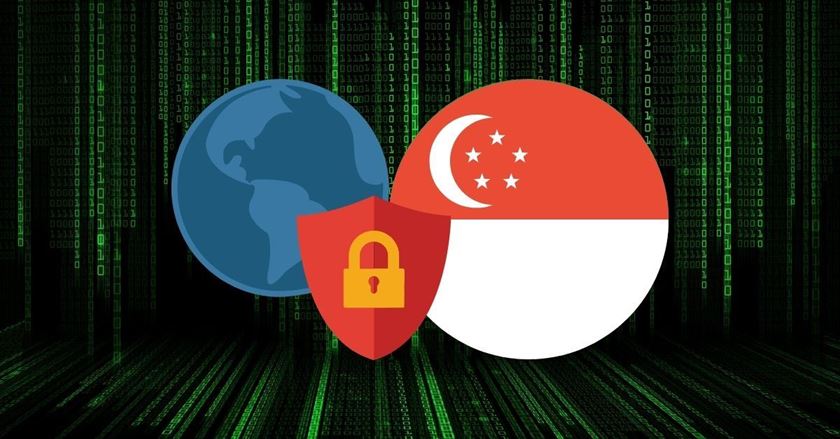 Singapore is a country that’s heavy on internet surveillance. Therefore, you must use a VPN whenever you are there. Doing this ensures that your digital privacy will remain intact and that no malicious third parties shall get their hands on your private information.

With so many VPNs available, it may be a challenge to settle on the right provider. Luckily, I’ve narrowed down my picks to just five awesome services. By choosing any one of them, you will be getting yourself an excellent virtual private network to use in Singapore.

Let’s now discuss the topic in greater detail. First, we shall talk about how I ended up choosing the five providers listed above. After that, I shall cover every reason you need to use a VPN in Singapore and then have an in-depth discussion about each of my recommended providers.

To come up with my rankings, I tested more than twenty VPNs while I was in the country. At the end of it all, five providers stood out. Each of them unblocked Netflix with no hitches.

In addition, they also barely altered my internet speeds. More importantly, all safeguarded me when I was browsing the web in Singapore.

Of course, I understand that performance isn’t everything. Virtual private networks need to also be competitively priced to stay relevant in today’s competitive industry. Due to that, I took affordability into consideration when choosing what VPNs are best for Singapore.

Why Would You Need a VPN in Singapore?

There are many reasons why you’d need to use a VPN in Singapore. Let’s discuss each below:

Capable VPNs can circumvent the geo-restrictions of websites and online services like Amazon Prime and Netflix. Additionally, they can provide you with access to the Singaporean versions of sites as well as streaming platforms such as Netflix when you’re out of the country.

Torrenting is a rather dangerous activity that if done without a VPN, can leave you wide open for cybercriminals. It’s also worth noting that it is illegal to download copyrighted content via torrent in Singapore. If caught, you risk paying a hefty fine or even a lengthy jail sentence.

You see, a VPN hides your IP address, and thus, keeps your location hidden from anyone with malicious intent. This means that with the right provider, you shall be able to partake in downloading sessions wherein you’re completely anonymous.

Every VPN’s main goal is to provide its users with the highest levels of digital protection. Hence, when using a decent provider, it’ll be possible to browse the web without fear of being exposed.

Nowadays, they also prevent ads from popping up. Moreover, some even help keep your system malware-free by alerting you when you’re about to enter an unsafe website. Lastly, several providers are capable of eliminating bandwidth throttling that’s secretly imposed by some Singaporean ISPs.

What are the Best VPNs for Singapore in 2021?

Netflix: I think NordVPN is the best VPN for Netflix in Singapore. It has many servers in the country that are fast and capable of unblocking the otherwise restricted foreign libraries of Netflix and other popular streaming platforms such as Amazon Prime and BBC iPlayer.

Torrenting: If you’re wondering, the majority of these servers are P2P-enabled. As such, they can be used for torrenting. To do so, simply select one of the P2P servers that are listed down conveniently on each of NordVPN’s native applications and browser extensions.

Privacy & Security: Your privacy and security is NordVPN’s main concern. Though it was once hacked, I still think it’s completely safe to use. After all, the provider has been making great strides to redeem itself. It established a bug bounty program, developed a proprietary VPN protocol, and has equipped its many applications with all the latest security features.

One other thing that makes NordVPN so secure is its massive network. It operates more than 5000 servers across the globe. As a result, when using the provider, you’re sure to never run out of connectivity options. Thanks to that, it’ll be possible to keep your IP address masked whenever you browse the web.

Pricing: NordVPN isn’t the cheapest VPN available. However, it provides phenomenal value, making it an excellent option for anyone looking to get a great bargain. One 1-month subscription is priced at $8.84 a month, which isn’t so bad.

Lastly, you should know that NordVPN maintains a 30-day money-back guarantee for anyone needing an easy refund. And yes, this policy extends to all NorVPN subscription plans.

Netflix: Surfshark is a great VPN solution for those with large families because it supports unlimited simultaneous device connections. With a single subscription, you’ll be able to let everyone in your household unblock Netflix and any other popular streaming websites with absolutely no problems.

Torrenting: All of Surfshark’s 3200+ servers are P2P-enabled. Thus, they can facilitate safe downloading sessions. If anything, this is great if torrenting serves as your primary means to obtain shows, movies, music, pictures, games, and software.

Privacy & Security: Surfshark is among the most secure VPN providers. Unlike NordVPN, it has a flawless record, having never been compromised in any way. Of course, doing so would be difficult for any cybercriminal as Surfshark’s entire network is RAM-based. As such, all its servers are completely incapable of gathering, collecting, and storing private user information.

Pricing: It’s also important to know that Surfshark has many useful security features. Some of which are free while others are available as paid add-ons. With that said, Surfshark isn’t a cheap VPN. Nevertheless, it’s worth getting, especially given everything going for it.

For anyone who’s wondering, a 1-month Surfshark plan costs $12.95. While this may seem expensive, it actually isn’t, given that Surfshark supports unlimited device connections.

Netflix: ExpressVPN’s many servers in Singapore don’t break a sweat when they’re used to get around the geo-restrictions of Netflix. Moreover, they do not slow down your internet speeds significantly. In fact, they sometimes improve your connection by eliminating bandwidth throttling.

Torrenting: Frequent torrenters will be glad to know that all of ExpressVPN’s servers are P2P-enabled. Due to that, you may use them for downloading without having to worry about getting your private information leaked to hackers and other sorts of malicious parties silently lurking online.

Privacy & Security: Apart from being P2P-enabled, each of ExpressVPN’s more than 3000 servers is RAM-based. Therefore, they’re completely trustworthy as they cannot be used as tools to obtain and store your information. Now if you’re still concerned about privacy breaches, you should know ExpressVPN has itself regularly subjected to independent security audits.

Pricing: Sadly, ExpressVPN’s applications lack many of the features that most experts consider to be necessary. Furthermore, the provider’s prices are a tad bit higher than average. You will need to pay $12.95 for a basic plan. Because of that, I can’t recommend it to those who’ve got little to spend on their online security.

Netflix: CyberGhost is a VPN that’s definitely worth having in Singapore. It has the world’s largest VPN server network, giving it a solid advantage when unblocking Amazon Prime, BBC iPlayer, Hulu, and Netflix. When using the provider, you’ll certainly get to access any library that you’d ever want to.

Torrenting: While its network isn’t 100% P2P-enabled, CyberGhost may still be used for torrenting. That’s because its many desktop apps let you choose from a list of servers that are optimised for safely getting the job done. And for those wondering, these servers all hardly ever make an impact on your base internet connection speeds.

Privacy & Security: CyberGhost has excellent security. Besides having very feature-rich apps, it also supports every major VPN protocol. On top of that, the VPN service provider makes use of military-grade AES 256-bit encryption.

Pricing: Affordability was something that CyberGhost was known for in the past. However, in recent years, the provider has slowly been increasing its prices.

Nevertheless, it’s still within the reach of budget consumers as it’s priced lower than NordVPN or Surfshark, which are both similarly-ranked competitors in the VPN industry. To avail of a 1-month subscription, you’ll only have to dish out $12.99.

Netflix: IPVanish has long been a favourite of many online security experts. It effortlessly grants its users access to many of the world’s Netflix libraries without getting blocked.

More interestingly, much like Surfshark, it also allows for unlimited simultaneous connections. If anything, this makes it one of the best family VPNs available in Singapore.

Torrenting: Despite not being as highly regarded as many of its competitors, IPVanish maintains a network that’s large and completely P2P-enabled.

That means that any of its 2000+ servers are safe to use for torrenting purposes. From a convenience perspective, this is great as you’ll not need to guess what location to pair with before downloading.

Privacy & Security: The security capabilities of IPVanish are decent. Its applications are loaded with hand features like a kill switch and malware blocker that make browsing the web much safer. In addition, the provider also maintains a strict zero-logs policy that ensures that your data remains protected.

Pricing: IPVanish is the most budget-friendly option among all of my recommendations. A monthly subscription costs you just $9.99. This makes it a prime candidate for those who’ve got very little to spend on a VPN for the entire family.

I’d like to end this article with a quick overview of each VPN provider that we talked about: