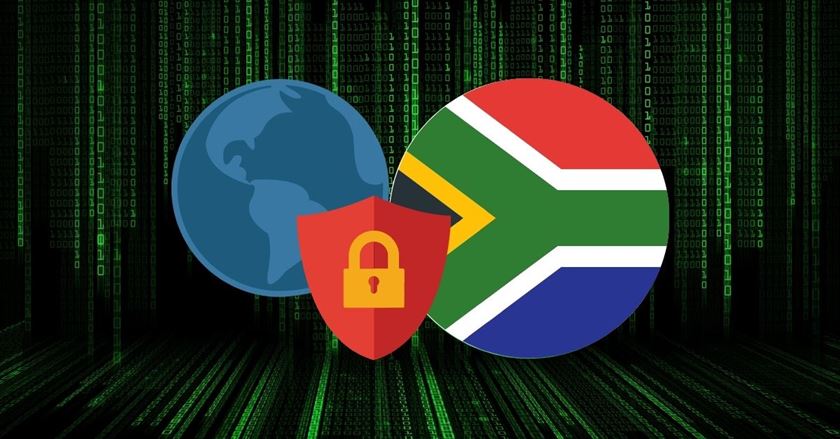 South Africans do not have a highly restrictive online environment. There are over 38 million Internet users in South Africa, and they all enjoy online freedom. However, it is also important to take note that public Wi-Fi connections are prevalent in this country. That said, connections are not exactly secure and encrypted.

To solve that problem, the best thing to do is use a Virtual Private Network or VPN. Using a VPN will secure your connection and keep your online activity private. It will also help you unblock any geo-restricted websites and streaming platforms that are not available in the country.

If you are traveling to South Africa, you can choose from these VPNs:

Why Would You Need a VPN in South Africa?

VPNs have different uses but we will particularly look at these areas:

South Africa has its library of movies and TV shows, but that still leaves them with only a couple of options to watch. If you are a tourist or a local who would want to access the US, UK, or other regions’ Netflix library, you would want to invest in a VPN subscription. You will need a VPN to unblock geo-blocked content and to stream more smoothly and privately.

Torrenting itself is not entirely illegal, except if you’re using it to download copyrighted files. In 2019, South Africa formed a Cybercrimes Bill which states that people who will be caught downloading movies illegally will be imprisoned. To keep you safe from prying eyes while torrenting, you should use a VPN in South Africa.

If you’re going to spend a lot of time connecting to public Wi-Fi in South Africa, you are more susceptible to cyber-attacks. Those connections are not private and you can be a target for hackers. It’s important to connect to a VPN to ensure that your original IP address is secure.

Don’t forget to check if your VPN provider has faced issues in the past.

What are the Best VPNs for South Africa in 2021?

Netflix: There will be no problem unblocking most of the geo-restricted movies and TV series on Netflix with NordVPN. With over 3000 servers in 94 locations around the globe, you will be able to watch the content that is not available in South Africa. There will be no problem with speed, too. It will give you an HD video streaming experience without the hassle.

Torrenting: Although not all of NordVPN’s servers are optimized for peer-to-peer file sharing, this VPN service will recommend the best servers available for torrenting. NordVPN also has unlimited bandwidth, so you don’t have to worry about the speed.

Privacy and Security: NordVPN has ad and malware blockers. It has military-grade encryption that will make its users secure. However, it faced a data breaching issue back in 2018. A third party accessed one of its Finland servers without proper authorization. It now has a bug bounty program to improve its service.

Pricing: At $11.95 per month, you can use NordVPN on up to six devices. If you find it more pricey than other VPN providers, you can opt for its yearly plan for discounts.

Netflix: Surfshark has a staggering 3200 servers in 60 server locations. With this, you can easily navigate yourself into different Netflix libraries around the world. Even if the server is far from South Africa, Surfshark can still give you high-quality videos when streaming.

Torrenting: Surfshark boasts of its P2P-optimized servers. You don’t have to worry about the government or hackers spying on your torrent activity because Surfshark will keep you secure. It gives you leak protection

Privacy and Security: Out of all the VPNs in the industry, Surfshark is one of the few providers that offer RAM-based servers, which are far more secure than regular ones. It erases all of your data once you disconnect from the servers, making it impossible for hackers or Surfshark itself to keep your information.

Pricing: A month-long subscription for Surfshark costs $12.95. Considering its unlimited simultaneous connections, this price is reasonable. You can also opt for longer terms for better deals.

Netflix: With more than 3000 servers in 94 locations, you will be able to unblock Netflix series and movies in different regions. You don’t have to worry about having low-quality videos. Even if you connect to a server located far from South Africa, it can still give you an HD streaming quality.

Torrenting: When it comes to masking your original IP address, you can trust ExpressVPN to do the job. Some of its servers are optimized for torrenting. And as it does not limit your internet use, it assures you of fast Internet speed.

Privacy and Security: Unlike most VPNs, ExpressVPN has RAM servers that will make your browsing, streaming, and downloading more secure and private. However, it lacks additional features, even an ad and malware blocker.

Pricing: ExpressVPN costs $12.95 a month. It is more expensive than other services. It performs well and does not slow down your connection, but it still lacks some of the additional features most VPNs have. When it comes to a cheaper price, there are better options than ExpressVPN.

Torrenting: Not all of CyberGhost’s servers are optimized for file sharing (except when you use its desktop app), but it still allows torrenting. It also successfully hides your online identity.

Privacy and Security: This VPN provider has SHA-256 Hash Authentication, AES 256-bit encryption, and 4096-bit RSA Key Exchange as its encryption. It has add-on features like Secret Photo Vault for iOS and Data Compression for Android. However, CyberGhost has different protocols depending on what operating system you are using.

Pricing: CyberGhost appears expensive since its monthly subscription is at $12.99. You can save a lot if you choose to subscribe to its two-year plan. This long-term plan can offer you an 83% discount.

Netflix: VyprVPN only has more than 700 servers located in 41 different countries. That gives fewer options than other VPNs in South Africa. Still, it can give you a great quality stream, even if you choose a farther server from your location.

Torrenting: No need to worry about prying eyes on your torrent activities. VyprVPN assures you that there are no leaks when you use it for file sharing in South Africa. Plus, it has optimized P2P servers.

Privacy and Security: VyprVPN does not log any information or data of its users. It also uses several VPN protocols including WireGuard and Chameleon. The latter enables a subscriber to circumvent highly-censored online environments as it makes your VPN traffic look like a regular one.

Pricing: VyprVPN has a two-month plan which is priced at $6.47/month. It is far cheaper than other VPN providers. If you subscribe to it for 3 years, you will have an 87% discount. This is already a steal for those who are looking for an inexpensive VPN.

If I will suggest the best VPN for South Africa, I will look for an affordable but quality service. It is important to consider where the VPN is based, its features, bandwidth, and of course, security. If it has a RAM-based server, that is a plus point for security and privacy.

I would also recommend a VPN with more servers if you want to access more geo-restricted Netflix shows.

Let us compare the features and prices of the five best-recommended VPNs for South Africa through this table: