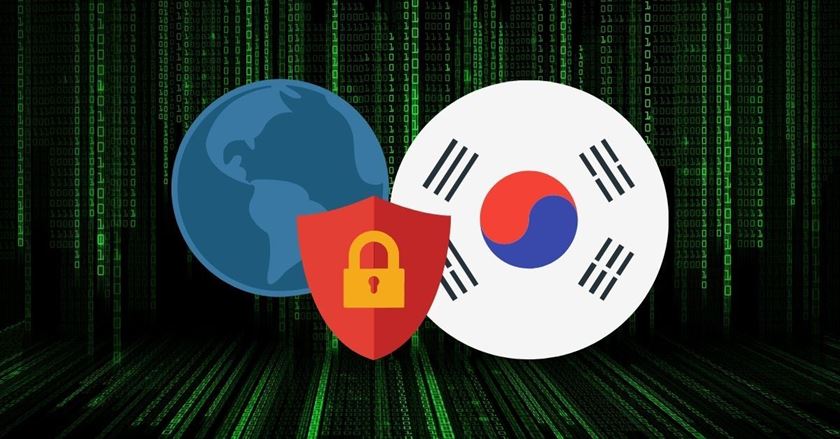 In terms of mobile Internet connection, South Korea makes it to one of the top spots. Speedtest.net’s Global Index ranked this East Asian country second after the United Arab Emirates. But despite being one of the best-performing countries in terms of online connection, South Korea only has a score of 66/100 in terms of Internet freedom according to Freedom on the Net. This puts them under the category of “partly free.”

South Korea has certain limits on content consumption—content should abide by the standards of the Korea Communications Standards Commission (KCSC). The country got most of its low scores because of violations of user rights. For one, there are alleged government surveillance abuses that infiltrate people’s privacy.

With these in mind, you may think of using a VPN to protect your privacy and security. Here are some of the recommended VPN services for South Korea:

Why Would You Need a VPN in South Korea?

South Korea is known for its K-dramas, but the country’s Netflix library also has other foreign titles. Still, its library has different titles compared to other regions due to geo-restrictions. What’s available in Canada or Ireland is not available in South Korea. And to access foreign content, you would need to use a VPN.

The country takes steps in blocking piracy sites, shutting down 25 sites in 2018. Torrenting itself is not considered illegal, but in case you will use torrents in South Korea, it’s best to use a VPN to protect your privacy.

There have been government surveillance abuse allegations, which is the reason why South Korea has a low score on Violation of User’s Rights. South Korea is not a direct member of the Fourteen Eyes, an agreement that allows the government to spy on their people with other nations as a proxy. Still, it is affiliated with the countries that are part of this alliance.

Using a VPN will protect you from the surveillance of authorities and give you privacy.

What are the Best VPNs for South Korea in 2021?

Netflix: South Korea may have entertaining shows in its library, but it’s better to have as many options as possible. With ExpressVPN, you’ll be able to connect to different Netflix libraries around the world with its more than 3,000 servers. It gives you a fast connection for streaming, so you don’t have to struggle with low-resolution videos.

Torrenting: ExpressVPN provides unlimited bandwidth for torrenting and has optimized servers for file sharing. Moreover, it performs well in terms of hiding your original network identity and canceling out any DNS leaks for your protection. You can use torrents in peace, knowing ExpressVPN protects your activities.

Privacy and Security: Perhaps one of the most secure VPNs in the market is ExpressVPN. This disables ExpressVPN to store any of your information after you turn off your gadgets. It has a no-logs policy but lacks additional features that other providers offer.

Price: You can use ExpressVPN on up to five devices with a single plan. You will have to pay $12.95 monthly to use its services. If you have issues with the subscription, it has a 30-day money-back guarantee.

Netflix: NordVPN has an impressive 5,000 servers around the globe. You can’t doubt that it can let you bypass the geo-restricted Netflix content. This VPN service also performs well in terms of speed. Even if you connect to its Canada server while you are in South Korea, it can still give you high-quality streams.

Torrenting: While NordVPN does not have all of its servers optimized for torrenting, it assures you that it will suggest the best servers available. Expect that it will mask your real IP address and protect you from any DNS leaks.

Privacy and Security: Back in 2018, NordVPN was put in a bad light. It confirmed that a third party accessed one of their servers without proper authorization. This resulted in NordVPN’s bug bounty program, in which its users will help them determine the issues they experience while using the service.

Moreover, NordVPN says it will transition into volatile memory servers as soon as it can. For added security, it also offers add-ons like Double VPN and Obfuscated server.

Pricing: A single NordVPN subscription is good for six simultaneous connections. You will pay $11.95 monthly for its service, but its rate can go lower if you choose to subscribe to a yearly plan.

Netflix: Surfshark has over 3,200 servers that subscribers in South Korea can use. This VPN service easily bypasses geo-blocked content. It provides you fast performance for Netflix streaming. Whenever you watch a show, it will give you high-definition videos.

Torrenting: This VPN service provides you with servers optimized for file sharing. It does not have any bandwidth limits, letting you download files without hassle. Surfshark protects you from hackers and masks your IP address perfectly.

Privacy and Security: Surfshark is one of the few VPNs that have volatile memory servers. After you disconnect from its server, it will instantly erase your data and information. It will not be able to log any of your activities. Surfshark also boasts of its MultiHop. This feature “chains” servers together to give you more layers of security.

Pricing: At $12.95 per month, Surfshark will be able to protect all of your devices. You can even share your subscription with other people in your household as it allows unlimited simultaneous connections. If you’re convinced enough, you can subscribe to its longer plans, which will give you bigger discounts.

Netflix: With 6,000 servers worldwide, there’s no doubt CyberGhost can unblock almost all foreign libraries around the globe. You will be able to access different Netflix shows and titles without leaving South Korea. However, there will be issues with streaming from time to time. The large volume of servers may affect the quality of your stream.

Torrenting: CyberGhost lets you use torrent on all of its servers despite what operating system you are using. But if you want P2P-optimized servers, you might want to use its desktop apps.

Privacy and Security: CyberGhost is known to use different VPN protocols based on your operating system. But regardless of the OS, it uses the same military-grade cryptography to secure its users’ activities. It also has a NoSpy server as an additional feature, along with others that are either for Android or iOS only.

Pricing: This VPN service is priced at $12.99 monthly. You can have lower prices (even up to 83% discount) if you subscribe for a longer term. You can use CyberGhost’s single subscription to up to seven devices at a single time.

Netflix: With 1,500 servers, IPVanish may be the service with the least number of servers on this list. Still, it can give you access to geo-restricted Netflix content in most countries. But in terms of quality streaming, IPVanish might give you low-resolution videos from time to time. It works but it is not the fastest VPN in the market.

Torrenting: IPVanish allows file sharing in all of its servers while protecting you from any DNS leaks and hackers. IPVanish also switches your IP address at some intervals while you are torrenting.

Privacy and Security: This VPN service is based in the USA, a country under the Five Eyes Alliance. While it claims it has a no-logs policy, it earned a reputation in the past. It supposedly handed confidential data to help an investigation. This became a reason why some people question IPVanish’s zero-logs policy.

Pricing: At $10.99 per month, IPVanish will let you use its service on unlimited devices simultaneously. Longer-term plans offer bigger discounts.

When in South Korea, it is important to pick a VPN that assures you of security. It should successfully hide all of your activity from the authorities and it should not reveal your IP address. It should be reliable for streaming and torrenting. It’s a bonus if the VPN service allows unlimited simultaneous connections.

To have a more comprehensive guide about the possible VPNs you can use in South Korea, see the table below: