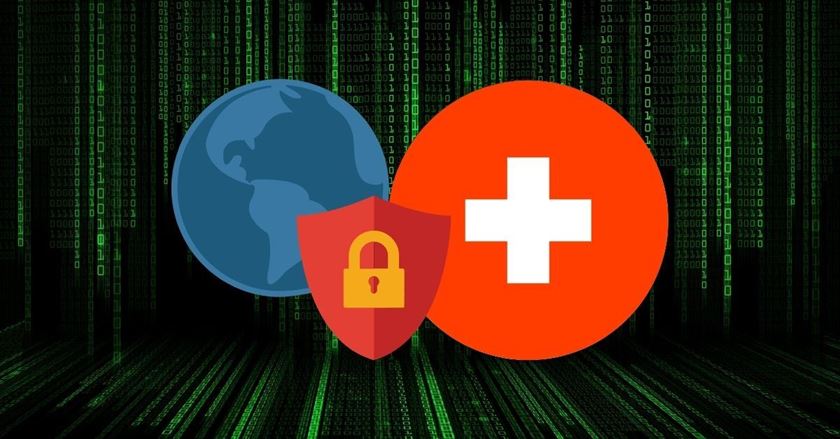 Based on the Speedtest Global Index, Switzerland is one of the countries with the fastest Internet connection in the world. It ranked sixth and twelfth on the list of the countries with the fastest fixed and mobile broadband, respectively. This country is also not a part of the European Union, which means it is not a part of the Five, Nine, or Fourteen Eyes.

While it does not propose the risk of government surveillance, you can never be too sure about your security. There are also geo-restrictions, especially when it comes to streaming. VPNs are useful when it comes to these situations.

These are some of the best VPNs recommended in Switzerland:

Why Would You Need a VPN in Switzerland?

Switzerland may have its own impressive Netflix library, but there are still shows that are not available in its region. Some copyright owners prefer to stream their shows in certain areas only rather than universally. This is more affordable and wiser as different audiences have different demands.

If you are in Switzerland and you want to watch a show that’s exclusive in the US or Canada, a VPN will help you unlock those series and movies.

Switzerland is not exactly strict when it comes to torrenting. Consumers may download content available online as long as it is for personal use only. However, downloading games and software via torrent clients remains illegal. To ensure your security while torrenting, it is best to use a VPN.

As mentioned, Switzerland is not a member of any intelligence alliance where the government shares the citizens’ online activities for national security. But there can still be unauthorized parties and hackers that may unknowingly look into your information. With the proper VPN, you can avoid these kinds of issues.

What are the Best VPNs for Switzerland in 2021?

Netflix: When it comes to streaming, ExpressVPN can give you the “express” experience. With its 3,000 servers, it gives you access to different Netflix libraries across the globe. It bypasses blocks with ease. This VPN service guarantees high-quality videos for streaming without leaving Switzerland.

Torrenting: With its unlimited bandwidth and optimized P2P servers, ExpressVPN easily is one of the best VPNs for torrenting. It protects your torrenting activities by hiding your actual IP address and protecting you from any DNS leaks.

Privacy and Security: A no-logs policy may sound secure enough, but ExpressVPN does not stop at that. As one of the few VPNs that have a RAM-based server network, it is one of the most secure providers out there. Once you switch off your devices, it automatically deletes every information in its servers.

Price: A single subscription to ExpressVPN costs $12.95 a month. While it may look pricey compared to other VPNs, it will give you the security and privacy you need. If you are not satisfied or you encounter any problems with its service, ExpressVPN has a 30-day money-back guarantee.

Netflix: You can conveniently bypass any geo-restrictions if you use NordVPN. It has 5,000 servers in different countries, making it easy for you to choose a suitable server. NordVPN also provides a fast connection. Even if you will connect to a server that is distant from your location, it will still give you high-definition Netflix streams.

Torrenting: NordVPN allows torrenting on all of its servers. It does not have all of its servers optimized for file sharing, but it still gives maximum security by masking your IP address successfully and protecting you from leaks.

Privacy and Security: Although NordVPN admitted that there was a third party that accessed their servers in the past, they remain secure and private. It is now in the works to make all of its servers RAM-based, and currently provides features like a Double VPN and Obfuscated Server.

As for improving their services, NordVPN organized a bug bounty program, where their subscribers can help them point out the privacy issues of its service.

Pricing: At $11.95 per month, NordVPN can protect six simultaneous connections. It also has other plans that give better deals.

Netflix: Fast and secure, Surfshark allows you to tunnel through up to 65 countries in its 3,200 servers. It does not have any difficulty in bypassing geo blocks so you can watch Netflix TV series and movies that are not available in Switzerland in high definition.

Torrenting: Surfshark has P2P-optimized servers for torrenting. It is fast and has unlimited bandwidth that lets you download without difficulty. Alongside the fast service, Surfshark also protects you from any prying eyes while using a torrent client.

Privacy and Security: Surfshark boasts of its MultiHop, a feature that “cascades” two or more servers to give you more security. This VPN provider also has RAM-based servers, so you don’t have to worry about your information and data once you disconnect your gadget from its servers.

Pricing: Surfshark offers its servers at $12.95. This is already a great value for money. Because aside from providing you with RAM servers and optimized P2P servers, it also allows you unlimited simultaneous connections. Plus, you can also avail yourself of its long-term plans for lower rates.

Netflix: CyberGhost has over 6,000 servers across the globe. Although this volume of servers may cause your connection to slow down and provide low-quality videos at times, there is no doubt this VPN service can access geo-restricted Netflix shows. You can watch different series and movies that are not available in Switzerland.

Torrenting: If you want to use P2P-optimized servers, CyberGhost lets you use them via its desktop apps. But if you are using mobile, it still allows torrenting on all of its servers.

Privacy and Security: CyberGhost has pretty tight encryption and VPN protocols. The protocols it uses will depend on whatever operating system you have. Along with these, CyberGhost also offers additional features like a NoSpy Server.

Pricing: This VPN service costs $12.99 a month. This subscription will allow you seven simultaneous connections. If you find this service too pricey, you can get its long-term plans, which can give you up to 83% off the original price.

Netflix: IPVanish has 1,500 servers. While it may seem that it has the least number of servers compared to others on this list, it can still successfully give you access to Netflix not available in Switzerland. It is not as fast as other VPNs, but it can bypass geo-restrictions with no difficulty.

Torrenting: This VPN service protects your IP address and you from any DNS leaks. It allows torrenting on all of its servers.

Privacy and Security: IPVanish uses a military-grade cryptogram to make all of its users secure and keep their connection private. The only catch is it is under the jurisdiction of a Five Eyes country. It will be quite a problem if you are wary of this fact.

Just a quick note about IPVanish. It did face questions when it allegedly handed over the private information of one of its users to investigating authorities. Still, it swears by its no-logs policy. It also has a Scramble feature, which hides OpenVPN to areas that may block VPN traffic. It helps access firewalls that are highly restrictive and censored.

Pricing: You can use IPVanish on unlimited simultaneous devices. A single monthly subscription is priced at $10.99, but you can have great discounts if you subscribe to its yearly plans.

Switzerland is pretty safe in terms of online security, but there’s no hurting in getting more privacy. So apart from keeping me secure, a good Swiss VPN should have fast connections so I can stream conveniently. It should also allow torrenting so I can do file sharing without hassle.

To have a more comprehensive guide about the possible VPNs you can use in Switzerland, see the table below: