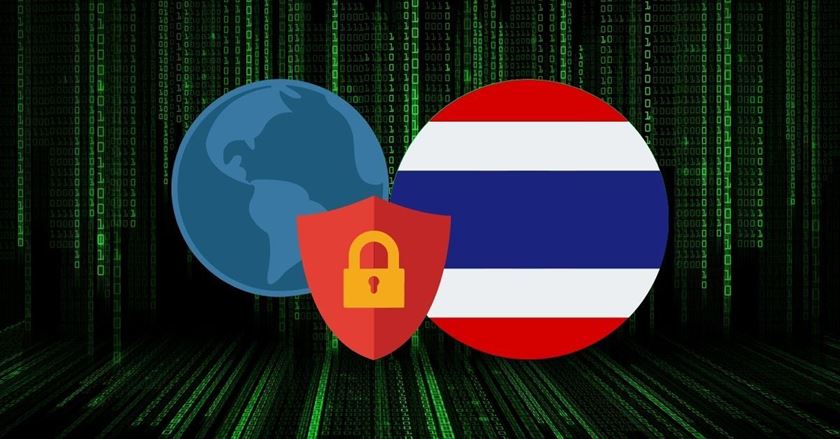 Thailand is the land of smiles. However, it is also a place where internet surveillance is rampant. For that reason, you must use a VPN to protect your privacy whenever you browse the web in the country. One problem is that choosing a VPN is easier said than done. That’s because there are literally hundreds of available providers on the market to choose from.

Here are what I believe are the five best VPNs for Thailand, in order of preference, from top to bottom:

What makes these providers so great? We’ll discuss that a little later. First, we shall talk about my ranking process and all the reasons why you’d need to use a VPN in Thailand.

I went to Thailand just before the pandemic. While there, I tested more than 20 VPNs to know which were best for use in the country. After all my testing, I ended up narrowing my picks to just five.

Aside from performance, budget was another thing that I took into consideration when coming up with my rankings. That’s because value and affordability ultimately dictate if a VPN is worth using, especially for those who have a very limited budget to spend on their online security.

Why Would You Need a VPN in Thailand?

There are many reasons why you’d want and need to use a virtual private network while surfing the web in Thailand. Let’s briefly go over each one below:

Thailand doesn’t have the best streaming libraries. Because of that, you’d want a VPN to watch on sites like Netflix, Amazon Prime, Hulu, and BBC iPlayer without limitations.

Why? A capable VPN service provider can grant you access to otherwise inaccessible foreign libraries that host a superior set of shows, movies, and documentaries. Also, it can sometimes provide a better streaming experience by improving internet speeds.

Although it’s widely practiced, it remains illegal to download copyrighted content using torrent in Thailand. Hence, anyone that wishes to stay on the safe side and guarantee that they won’t run into trouble with the authorities should use a VPN that’s got P2P-enabled servers.

For those unaware, a VPN secures your privacy when torrenting by changing your IP address. In doing so, it fools watching third parties into thinking you’re downloading from someplace else.

Comprehensive digital protection is something that all VPN services claim to provide. Sadly, a lot of providers fail to do this. In fact, some even infiltrate your privacy by gathering your logs and selling them to companies like Google that then flood you with targeted advertisements.

To make sure that the VPN you’re getting is 100% secure, read up on reviews. Only settle on a provider that utilizes military-grade encryption, supports all mainstream VPN protocols, and boasts native applications that come pre-loaded with an assortment of security features.

What are the Best VPNs for Thailand in 2021?

Netflix: NordVPN bypasses Netflix’s geoblocks thanks to its network that is made up of more than 5000 servers. In addition to breaking no sweat when circumventing geo-restrictions, these servers facilitate a lightning-fast connection that eliminates quality, buffering, and loading issues when streaming.

Torrenting: Unlike its closest competitors, NordVPN lacks a completely P2P-enabled network. Despite that, the service still makes for an excellent choice for frequent torrenters. After all, its many applications let you choose from a selection of hundreds of P2P locations that may be used for safe torrenting download sessions.

Privacy & Security: Privacy and security are two things that NordVPN specializes in providing to its subscribers. It stands out in particular due to its establishment of a proprietary VPN protocol and the implementation of a successful worldwide bug bounty program.

Other reasons why NordVPN’s security capabilities are so great are because the provider uses military-grade AES encryption as well as supports every widely-used VPN protocol. Moreover, its apps and browser extensions come equipped with a myriad of useful security features.

Pricing: The rates of NordVPN are very fair, especially considering its high ranking as a VPN provider.

Despite being less affordable than the majority of its competitors, it remains well within the reaches of average joes with average budgets. You may purchase its most basic 1-month subscription for an impressive $8.84.

Netflix: Surfshark takes your family’s Netflix experience to the next level. Aside from being able to unblock the platform and many others, it also has more than 3200 fast servers. Also, the provider puts no limit on how many simultaneous device connections you can make per account. If anything, this gives it more value for money than any of my other picks.

Torrenting: The people behind Surfshark have made it completely ready for torrenting. Every single one of its servers is P2P-enabled. As a result, it’s possible to download without being put in danger while your device is connected to any Surfshark location.

Privacy & Security: Besides being P2P-enabled, all of Surfshark’s servers are RAM-based, meaning they can’t be used to store logs. Thanks to that, it’s safe to say that the provider’s network is one of the safest there is. After all, only a handful of VPNs use RAM servers.

You should also know that Surfshark uses nothing but the best encryption and supports every widely-used VPN protocol. Furthermore, its apps come with a built-in malware blocker along with an automatic kill switch. Lastly, the service has several paid add-on features. A prime example is an alert system that informs you if your data has gotten compromised.

Pricing: Like other similarly-ranked providers, Surfshark isn’t super cheap with it charging $12.95 monthly. However, as stated earlier, it provides the greatest value among all my picks for Thailand. Due to that, I think that it is certainly worth getting if you’ve ever got the means to.

Netflix: Throw any geo-restriction at ExpressVPN and, surely, the provider will overcome it like a champ. For close to a decade, people have been using it to successfully access restricted Netflix, Amazon Prime, BBC iPlayer, and Hulu libraries across the world.

Seldom does ExpressVPN’s 3000+ servers ever fail to circumvent geoblocks or bring about terrible connection speeds. Thus, it wouldn’t be wrong to state that it’s perfect for entertainment purposes. With the provider, you surely won’t become disappointed in this regard.

Torrenting: Lots of people download ExpressVPN solely to torrent safely. Why so? The VPN provider’s network is entirely P2P-enabled. That’s right. It was built with people who regularly download content via torrent in mind, which is, without doubt, a great thing.

Privacy & Security: ExpressVPN prides itself on being one of the most trustworthy VPNs in the industry. It has a firm and audited zero-logging policy that’s backed by a RAM-based network of more than 3000 servers. Apart from that, the provider has not once been compromised by any third party.

Do not get ExpressVPN if you want a VPN with many security features. To date, the provider’s developers have yet to equip it with a malware blocker or anything exclusive that would lend it an edge over its competitors. This puts it at a grave disadvantage since many modern VPNs have a complete set of basic and exclusive features that help increase their enticingness.

Pricing: ExpressVPN is more expensive than your average VPN service. Even its most basic plan costs $12.95. Because of this, I can’t recommend it to anyone who doesn’t have much to spend.

Netflix: CyberGhost is one of the best streaming VPNs as it has the largest network in the VPN industry. Its 7000+ servers enable you to access otherwise unavailable Netflix libraries without getting blocked. Also, the majority of these servers cause internet speeds to drop way down. Sometimes, they even grant you a faster connection by eliminating bandwidth throttling.

Torrenting: The servers of CyberGhost aren’t all P2P-enabled. Be that as it may, torrenting safely with the VPN is most definitely possible. After all, its Windows, macOS, and Linux applications all let you pick from a list of locations that are specialized for torrenting.

Privacy & Security: Although its security capabilities have been met with a warm reception, CyberGhost still has a lot of room for improvement. For one, the provider’s protocol support varies greatly from OS to OS. On top of that, not all of its exclusive offerings are free to use.

Pricing: CyberGhost was once heralded by many as the best budget VPN. However, in recent years, its reputation has changed because it has increased its prices. Do not worry though as it’s still considered to be a budget option since the provider is still cheaper than most rivals.

Currently, the most basic CyberGhost plan that’s available costs $12.99. Because of that. I don’t recommend that you pay for the service by the month. Instead, you should opt for a long-time subscription that’s both drastically cheaper and more valuable.

Netflix: Private Internet Access or PIA isn’t the best VPN to have for streaming. Through my tests, I’ve discovered that it can only consistently unblock Netflix USA. On top of that, its servers aren’t the fastest. In fact, they frequently introduce issues with buffering.

Torrenting: An area where PIA shines is torrenting. Of course, this shouldn’t be surprising as it maintains a 100% P2P-enabled network. Hence, every single one of its thousands of servers has no qualms about being used to facilitate safe and anonymous download sessions.

Privacy & Security: Private Internet Access has an excellent safety record. Despite its being based in a Five Eyes Alliance member state, the provider has never disclosed the private information of its subscribers. If anything, this is very impressive given that countless competitors can’t say the same.

PIA has every bell and whistle that you’d want a VPN to have. It’s also worth noting that it has one of the best malware blockers in the VPN industry. On top of that, the provider supports all important protocols and employs AES-256 bit encryption to safeguard user data.

Pricing: The rates that Private Internet Access are extremely competitive. You may buy a 1-month subscription for just $9.95. Therefore, I wholeheartedly recommend PIA to those with small budgets.

To wrap everything up, below is a summary table detailing all the VPNs that we discussed: