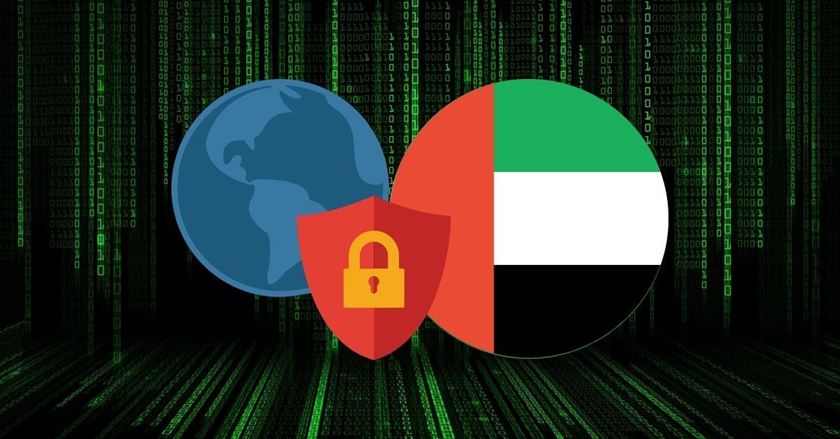 The UAE has very strict internet laws. On top of that, the country’s government is big on digital censorship. Hence, you need a VPN to freely browse the web within the country. That said, it’s essential to know that utilizing a virtual private network in the country is heavily frowned upon.

Even so, it isn’t illegal as many have come to believe. The government permits businesses and non-government organizations to use them for special purposes.

Listed below are my top VPNs for the United Arab Emirates:

Before having an in-depth discussion about each of these VPN providers, I would first like to talk about the various reasons why you’d want to use a VPN in the UAE.

Why Would You Need a VPN in UAE?

VPNs are versatile tools that don’t just provide comprehensive digital security. Aside from that, they offer loads of benefits to their users. For example, they improve internet speeds, unblock unavailable online services, and let you access otherwise inaccessible websites.

Now, let us discuss the three major reasons to make use of a virtual private network service whenever you access the internet in the UAE:

Almost all streaming platforms have libraries that differ by country. To access these libraries, it’ll be necessary to use a VPN. However, you shouldn’t settle on just any provider. That’s because some are far better than others when it comes to circumventing geo-restrictions.

The best VPNs for streaming have incredibly massive networks, which consist of blazingly fast servers that have no trouble getting around geoblocks. In addition, they’ve got user-friendly apps that make it easy to select and connect to a server that’s optimized for streaming.

In the UAE, torrenting is seen as a means to illegally download copyrighted content. As a result, it is viewed rather negatively by the local authorities. Simply partaking in a downloading session can put you on the wrong side of the law. As such, you must make use of a VPN there to make sure you’re 100% safe.

For those wondering, capable VPN providers can hide your IP address, and thus, maintain your anonymity as you download torrents. Besides that, their built-in ad & malware blockers can allow you to access torrenting websites without having to deal with pesky intrusive ads.

Not all VPNs keep you protected. In fact, there are many providers out there that compromise your security by secretly gathering your data and selling it to various parties. More often than not, these providers are free or very cheap. Thus, it’s best not to skimp around when you’re choosing what VPN to purchase.

The best way to determine if VPN is safe is to check reviews. Also, you may look at the set of features that it boasts. You see, the most secure providers have large RAM-based networks composed of servers that cannot store logs. Additionally, they use military-grade AES-256 encryption and maintain support for all mainstream VPN protocols, including WireGuard.

Netflix: NordVPN is one of the best tools for unblocking the unavailable libraries of Netflix and a lot of other popular streaming websites. It can cut through geoblocks so well because of its massive network that comprises more than 5000 ultra-quick servers scattered across the globe.

Because its servers are so fast, NordVPN allows its subscribers to watch their favorite movies, shows, and documentaries without buffering or lag. It also doesn’t cause lengthy loading times, which can be a hassle, especially for those who are used to a buttery-smooth VPN experience.

Torrenting: Not all NordVPN servers are P2P enabled. Be that as it may, the provider is still a great torrenting option. After all, its many applications let you easily search for and connect to locations that are optimized for facilitating safe torrent downloading sessions.

Privacy & Security: NordVPN prides itself on being one of the most secure VPNs. Despite once being hacked, it remains to be almost universally acknowledged as safe. The reason for that is because the provider has been making an active effort to redeem itself. Two notable things it has done to do this is establish a large bug bounty program and a proprietary VPN protocol.

Pricing: You can start using NordVPN for just $8.84 a month. If anything, this makes the VPN an absolute steal especially in comparison to its closest rivals, which all charge over $10 for a 1-month subscription plan.

Netflix: Surfshark is definitely your best friend if you’ve got a family of avid Netflix watchers. If you’re wondering, that’s because it flawlessly unblocks the streaming platform and supports unlimited same-time device pairings under a single user subscription, which is amazing.

Surfshark does not just get across the geoblocks of Netflix and every other streaming website that’s widely used. It also lets you watch with zero instances of lag, buffering, or quality drops.

Torrenting: Few VPNs have fully enabled P2P networks and Surfshark is one of them. As such, on paper, Surfshark is great for torrenting. That being said, I’m glad to say that Surfshark is also a great performer. Its quick and secure servers do not leak and allow for quick download times.

Privacy & Security: Your online privacy and security are taken very seriously by Surfshark. It has even recently made a full transition to using RAM-based servers. This makes it the only other VPN provider aside from ExpressVPN that’s truly incapable of storing your private data.

As you’d expect, Surfshark’s apps and extensions are fully equipped with must-have security features like a kill switch and malware blocker. In addition, the provider also has several paid add-on offerings that you can avail of to have an even safe Surfshark experience.

Pricing: Surfshark isn’t a cheap VPN. A monthly subscription will run you back $12.95, which is considerably steep. Needless to say, I believe that every cent of that is worth it especially given that Surfshark doesn’t put a cap on simultaneous device connections.

Netflix: ExpressVPN has a great reputation when it comes to streaming, including Netflix.

Over the years, it has proven itself to be very consistent at unblocking any sort of geoblock that it’s faced with. Aside from that, the VPN provider has also been able to facilitate streaming sessions that are totally free from any buffering and drops in resolution quality.

Torrenting: Torrenting is something that you can do safely and anonymously while connected to any of ExpressVPN’s more than 3000 servers. You see, all of its locations are P2P enabled and free of leaks when tested using IPLeak.net. For anyone who downloads regularly, this is without a doubt a great thing since few other VPN service providers can say the same.

Privacy & Security: ExpressVPN is definitely a very secure VPN. It has a zero-logging policy that is backed by a huge RAM-based network. On top of that, just to prove that it’s 100% trustworthy, the provider has been subjecting itself to regular independent audits.

Unfortunately, the apps and browser extensions of ExpressVPN don’t come loaded with their own dedicated ad & malware blocker. Thus, anyone that needs one shall need to resort to utilizing a separate piece of software, which can be a major inconvenience.

Pricing: ExpressVPN, like Surfshark, also charges $12.95 per month. Needless to say, this puts the provider in a difficult position. That’s because it doesn’t offer as much as its rival, making it not so good of a choice for anyone that’s looking to get the best bargain there is.

Netflix: CyberGhost easily unblocks Netflix in hundreds of locations because of its network that is made up of more than 7500 servers. Apart from being fully Netflix capable, these servers also make a minimal impact on your base connection speeds. This is great as you won’t have to deal with any sort of interruptions as you watch content.

Torrenting: The torrenting capabilities of CyberGhost are decent. When tested, it doesn’t leak any sort of data. Moreover, it also has applications that make it an absolute breeze to select then pair with a P2P location that’s optimized for torrenting purposes.

On its website, CyberGhost claims to fully allow torrenting activity on its network. However, it doesn’t condone the downloading of copyrighted content. In the VPN industry, this policy is standard for top-tier VPN service providers.

Privacy & Security: The security of CyberGhost is good but still needs improvement. The main reason behind this is because its protocol support isn’t universal. Hence, users of some devices may find themselves unable to use the protocol they want as it’s unavailable for their desktop or smartphone.

Despite what’s stated above, don’t think that CyberGhost can’t keep you safe. On the contrary, the provider is extremely secure as it employs military-grade AES 256-bit encryption. Besides that, it’s equipped with a very capable malware blocker along with an automatic kill switch.

Pricing: CyberGhost charges $12.99 for a 1-month subscription, which is rather steep. Even so, I still think that you’ll be getting an excellent deal by choosing CyberGhost.

Netflix: PureVPN can hold its own against whatever geo-restriction you throw at it. Of course, this is expected given that the provider has the second largest network of any VPN service provider. Moreover, its servers are much faster than close competitors like CyberGhost.

During my experience with PureVPN, not once did I encounter trouble regarding lengthy loading times, quality drops, and lag when using it with Netflix. If anything, the service has proven to me that it’s just as capable of streaming as its more famous competitors, which is without a doubt a great thing.

Torrenting: PureVPN doesn’t have a fully enabled P2P network. However, its apps do provide you with a list of torrent servers. Furthermore, the VPN service is absolutely free of leaks when subjected to testing on a plethora of websites.

At present, PureVPN fully allows for torrenting on its network. In addition, it’s compatible with all leading torrenting clients such as BitTorrent, uTorrent, Vuze, and Deluge. Hence, it is certain that the provider will suffice for all of your torrenting needs.

Privacy & Security: PureVPN is secure. It has a solid no-logging policy and a flawless record when it comes to protecting its subscribers. Additionally, it employs AES-256 encryption and supports a wide range of VPN protocols. Sadly though, it doesn’t let you use WireGuard.

Pricing: You can purchase PureVPN for a low price of $10.95 per month. Is it worth it? Most definitely. The service offers superb value and is a good choice for those who’ve got low budgets. However, it doesn’t provide the best bang for your buck if you ask me.

It was not hard to come up with my rankings. All I had to do was research and conduct polls to get feedback from actual VPN users in the UAE. Once the best performers were singled out, I compared their prices to determine which provider offered the greatest value for money. After that, it was finally possible for me to settle on the five incredible VPNs that I did.

I’d like to wrap things up with a table showing some important details about my top five VPNs for the UAE: