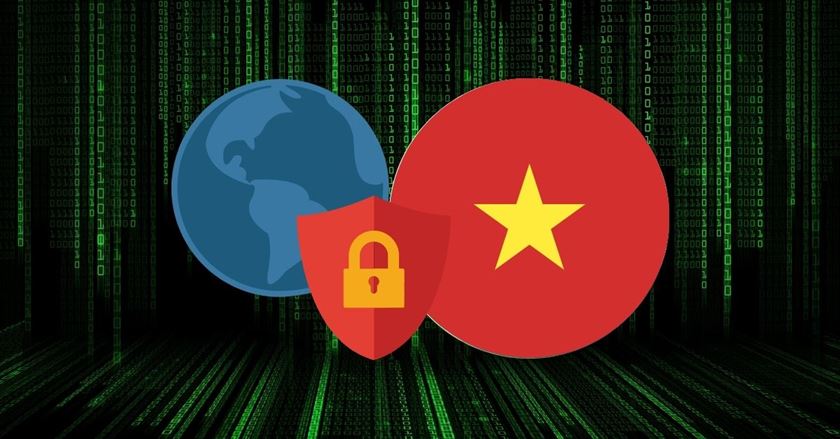 Vietnam is not exactly a country that gives its citizens the freedom to use the Internet. According to Freedom House, Vietnam has a rating of 22/100 (0 being the lowest and 100 being the highest freedom rate). Vietnam introduced a cybersecurity law back in 2019, which mandates all platforms to adhere to its laws.

In the following year, the country’s ​​Ministry of Information and Communications asked social media platforms like Facebook and YouTube to remove all content and articles that are deemed against the government. With all of these restrictions, you should have a reliable VPN handy when you are in Vietnam.

You can consider these recommended VPNs for Vietnam:

Why Would You Need a VPN in Vietnam?

A good choice of VPN can help you stream, use torrent, and browse through the web with more privacy and security.

For Netflix and Streaming

Netflix has attracted many Vietnamese audiences through its South Korean TV shows. The video streaming platform has given people satisfaction through its content library. Still, the US library has more TV series and movies than Vietnam has. Using a VPN can help you access other shows that are not available in Vietnam.

It is not illegal to use torrents in Vietnam. However, due to online restrictions, it is best to use a VPN to protect your activity. This is to make sure that the government or any third party is not watching over your traffic. Choose a VPN with servers optimized for file sharing. This can help you conduct file sharing faster and more privately.

As mentioned, Vietnam is under certain online restrictions. You can dodge a third party’s surveillance on your activity with a VPN. You will be able to access websites and platforms that are not available in the country.

When choosing a VPN, make sure that it masks your true IP address. Research for the past issues if there are any, making sure that there will be no glitches when it comes to security. A VPN should always protect your privacy, no matter where you connect.

Netflix: For the people who like watching South Korean drama series, the Vietnamese Netflix library is enough. But if you like to access other libraries, the only way to do so is to use a VPN. NordVPN has 5000 servers—enough to let you tunnel in many parts of the world.

Torrenting: Not all of NordVPN’s servers are optimized for P2P file sharing. But it can suggest the best server locations for torrenting. You also don’t need to worry about speed as NordVPN can provide you a fast torrenting experience.

Privacy and Security: NordVPN has excellent encryption and protocols, but it does not rule out a data breaching situation back in 2018. The VPN service confirmed that there was a third party who accessed one of their servers in Finland without authorization. That news came with a price to question its security.

Currently, it has a bug bounty program to improve its service.

Pricing: NordVPN is priced at $11.95. If you want to save more for your subscription, you can avail yourself of its one-year plan.

Netflix: If you’re looking for a fast VPN for Netflix, Surfshark will save your day. It will help you tunnel through 60 different countries without leaving Vietnam. It has around 3,200 servers, which you can use to access geo-blocked content. While you’re in the country, you can still watch your favorite Netflix shows at your own pace. You can also use it on unlimited devices simultaneously.

Torrenting: There are no bandwidth or data usage limits for Surshark. With this, you can use torrent with fast speeds. It also has optimized P2P servers, so you don’t have to worry about being spied on while torrenting in the country.

Privacy and Security: Surfshark stays true to its zero-logs policy. But more than that, it is also one of the few VPN service providers that have volatile memory servers. Compared to the usual servers, these are more secure as it deletes all of your data and activity once you disconnect or turn off your gadget.

Pricing: Priced at $12.95, Surfshark appears to have a more expensive monthly plan. But if we consider its unlimited simultaneous connections, the subscription is already a good deal.

Netflix: ExpressVPN has over 3000 servers in 94 locations. You can use this to access different foreign Netflix content. This VPN service also boasts of its speed, letting you watch with ease, without buffers and lags. Expect an HD streaming experience when you use ExpressVPN in Vietnam.

Torrenting: ExpressVPN protects you from any leaks and hides your actual IP address without problems. It also has optimized servers for file sharing—you will not have any problems with security and anonymity.

Privacy and Security: Out of the few VPNs in the market that offer a RAM-based server, ExpressVPN is one of them. A VPN user in Vietnam will feel far more secure if the VPN is incapable of storing your data once you disconnect your device.

On the other hand, even though it does have RAM servers, ExpressVPN does not have any other additional features.

Pricing: At $12.95 per month, you can use ExpressVPN’s services. It’s expensive, considering that it does not have any other add-on features for security. ExpressVPN may be a good choice when it comes to speed and reliability, but it is not the top choice for the price.

Netflix: With over 6000 servers, CyberGhost can give you access to a wide array of Netflix libraries around the world even if you are staying in Vietnam. But since it has a big amount of servers, you may experience low resolution or buffering while you are streaming.

Torrenting: CyberGhost allows torrenting on its servers, but unless you use a desktop app, you will not be able to use ones that are P2P optimized.

Privacy and Security: CyberGhost has different VPN protocols, depending on your operating system. But it does have military-grade encryption and other features like NoSpy Servers and Secret Photo Vault (for iOS only).

Pricing: CyberGhost offers its monthly subscription for $12.99. You can save up to 83% if you get its two-year plan instead of paying its service monthly.

Netflix: IPVanish lets you stream foreign content on Netflix with a decent speed. It can let you tunnel through 55 countries with its 1,500 servers. In terms of speed, it is not the fastest VPN in the industry, so you may experience interruptions every once in a while.

Torrenting: This VPN service lets you torrent while keeping your IP address anonymous. It gives you leak protection so you can conduct file sharing safely.

Privacy and Security: IPVanish has decent encryption and protocols for security. However, IPVanish is located within the jurisdiction of the USA. Also, IPVanish allegedly disclosed information of one of its users to the Department of Homeland Security. Its no-logs policy was put under scrutiny because of this.

Pricing: IPVanish’s service is priced at $10.99 per month. If you want a longer-term subscription, they have lower rates for those kinds of plans.

For the best VPN in Vietnam, I am looking for a service that will protect me from any IP leaks. Given that Vietnam is a strict country when it comes to online freedom, it’s best to have a VPN without any issue history.

Speed and reliability are also big factors. I should be able to stream and browse without any hassle.

Let us sum up the recommended VPN for Vietnam: