Does CyberGhost Work With Netflix? 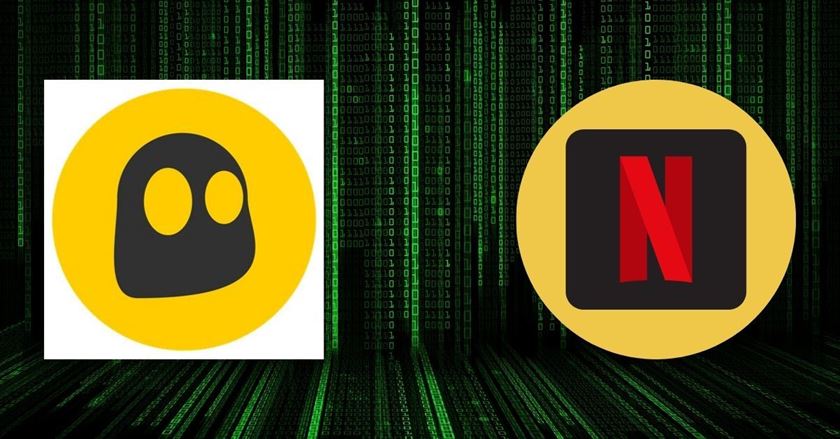 Yes. CyberGhost works with Netflix. As a matter of fact, it’s one of the best options for those looking to get around the platform’s geo-restrictions. The service provider has the largest server network of any VPN. Besides that, its speed capabilities are adequate for streaming with zero loading, quality, and buffering issues.

My team recommends CyberGhost VPN to all avid Netflix users. Be that as it may, the service isn’t our top pick. Why so? Continue reading this article to find out.

CyberGhost’s desktop applications let you choose from a list of special streaming servers. It even tells you what particular platform a given server can unblock. Of course, many reports state that many of CyberGhost’s normal servers are capable of bypassing Netflix’s blocks.

Given that it boasts the largest VPN network, it shouldn’t come as a surprise that CyberGhost can grant you access to many Netflix libraries. That said, not all of Netflix’s libraries are the same. Some are packed with all kinds of interesting content while others aren’t.

Here are the best Netflix libraries that you should access using CyberGhost VPN:

The United States is the birthplace of Netflix. Thus, it’s only natural that the streaming platform’s library in the country is huge and full of worthwhile content. You’ll be able to find everything that you could imagine when browsing. Everything from Spanish soap operas to Japanese anime is readily available for your media consumption.

Fortunately, there are many CyberGhost streaming servers in the United States. Consequently, you won’t have to worry about having what you’re paired to overloaded. Moreover, you have more options when looking for the closest location to maintain good internet speeds.

France’s local take on Netflix is loaded with French-language content for obvious reasons. But, quite interestingly, it also has many shows, movies, documentaries, and mini-series in English and many other languages such as Japanese, Korean, Indian, Spanish, Italian, and German.

There’s a single French CyberGhost streaming server that you can use for unblocking. If you’re wondering, I’ve had a great experience with using it. The server didn’t cause my connection speeds to go down south. Moreover, it also bypasses Netflix’s blocks with consistency.

Netflix in the UK is the first place where the new seasons of shows like Sex Education, The Crown, and Peaky Blinders premiere. That’s because all of these shows are produced and filmed in the United Kingdom, making them local content.

CyberGhost maintains one streaming server that can unblock Netflix UK. It’s fast, consistent, and hardly ever subject to periods of downtime. From a user perspective, this is wonderful.

Canada’s local Netflix is a great place to look for Hollywood titles of all eras. Moreover, it’s also full of dramas, sitcoms, mini-series, documentaries, and one-time specials. Quite interestingly, you will not just find lots of English content in the library. That’s because Canada is home to many French speakers and immigrants from Asian and Middle Eastern countries.

Unfortunately, the only CyberGhost streaming server in Canada is not specialized in working around the geoblocks of Netflix. Despite that, I have discovered that it is perfectly capable of getting the job done with zero problems whatsoever.

Netflix in Australia has an interesting array of shows and movies. While most are available in other places, some are exclusive to the land down under. You should also know that the country’s library is home to a plethora of subtitled non-English content.

CyberGhost VPN doesn’t have a dedicated streaming server in Australia. Despite that, you’ll be glad to know that I’ve been able to bypass Netflix’s restrictions using just a normal server.

Japan’s local Netflix library is a paradise for people that love anime. Furthermore, it’s one of the best to naturally look for exclusive dramas and movies. Contrary to popular belief, not every title in the library is in Japanese. In fact, you’ll come across a plethora of English-language content.

Gaining access to Netflix JP is an absolute breeze when using CyberGhost. The reason why is because its lone streaming server in Japan is optimized for working around Netflix’s geoblocks.

CyberGhost’s servers have been reported to be successful in bypassing the blocks of Netflix in these countries with must-see libraries:

The versions of Netflix in South Korea, Taiwan, India, and the Philippines, in particular, are very interesting. When checking them out, you’ll be able to find an ocean of fascinating content that anyone would enjoy watching. And yes, most of what’s not in English has subtitles.

How To Use CyberGhost With Netflix

Everyone in the family can use CyberGhost with Netflix because doing so is so easy. All that’s needed is for you to follow these four steps:

Before anything else, you’ll need to purchase a CyberGhost subscription and create an account with the service. Once that’s over, download its application for your device on its website. Don’t concern yourself with compatibility as CyberGhost has apps for every major operating system.

The CyberGhost application that you downloaded should install automatically. When everything is all done, you may proceed to the next step explained below.

CyberGhost has more than 7000 servers that you can use to access Netflix. While not all of them are dubbed as “streaming” servers, many are still able to bypass the platform’s geo-restrictions. Needless to say, it’s best to stick to these special servers.

You can pick a server on CyberGhost’s app through a list or a search bar. After you’ve selected what location to utilize, go ahead and connect to it. Paring should only take a few seconds.

When you’re finally linked to the right server, open Netflix, then browse the library that you’ve just unlocked. See what’s new and unavailable where you’re located. I suggest that you don’t rush as most people do. Rather, take your time before settling on something to watch.

The last step is to finally start watching the piece of content that you’ve chosen. Don’t forget to prepare some snacks beforehand to have a great viewing experience. Finally, be sure to not disconnect from CyberGhost as you won’t be able to keep watching due to restrictions.

CyberGhost is far from a perfect VPN that’s able to bypass Netflix’s geoblocks with absolute consistency. Sometimes, the provider experiences periods of downtime wherein its server cannot unlock the library that you wish to browse and watch from.

Fortunately, there are several ways to mitigate this problem when you encounter it.

The first thing you should do is switch to another server within the same country. Almost 99% of people find success with this solution. With that said, you can also try updating CyberGhost’s app on your device. Additionally, you may try looking at a different Netflix library.

Does CyberGhost Work With Netflix?

Yes. As already mentioned, CyberGhost works quite well alongside Netflix. It has decent speed capabilities that help you have a buffer-free experience. More importantly, the VPN provider boasts the largest server network there is. Lastly, it has user-friendly apps all can enjoy.

I absolutely recommend CyberGhost for unblocking Netflix. Although it’s not perfect and cannot bypass every library, it’s good enough to meet the needs of an average consumer. In fact, it’s more capable than a large chunk of its competitors in the industry.