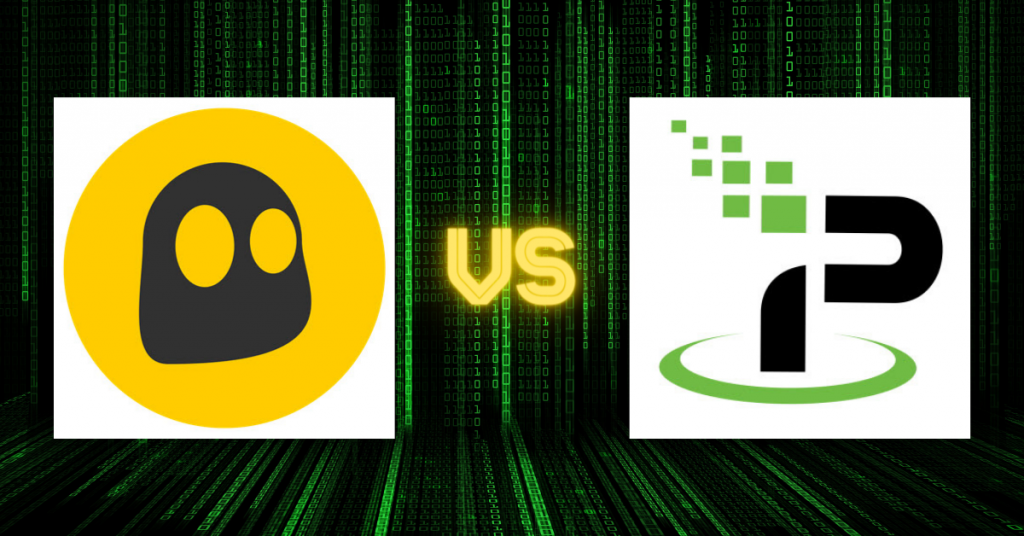 IPVanish ranks among the best VPN services on the market. However, it’s beaten by CyberGhost, which has a larger user base. To know why the latter service is considered superior, it’s a must to go into detail. We must examine each feature and everything else that both services have to offer.

To make reading easier, I’ll approach things by category. Each one will have a winner assigned to it.

We’ll begin with an overview of all that CyberGhost and IPVanish have to offer. Below is a table that compares the offerings of the two:

CyberGhost has a plethora of specifications that IPVanish doesn’t. Still, it is important to dig deeper to know what’s best. After all, its bonus specs might be unnecessary to you.

IPVanish VPN’s headquarters is in the United States, which puts it at a disadvantage. Copyright and privacy laws that must be followed hinder its operations. In comparison, nothing restricts CyberGhost because it’s based in Romania.

IPVanish and CyberGhost use the best AES 256-bit military-grade encryption. Setting them apart is the use of SHA-256 hash authentication and a 4097-bit RSA handshake by CyberGhost.

Unfortunately, the type of handshake and hash authentication that IPVanish utilizes hasn’t been disclosed. Because of that, we can only guess.

Both services support OpenVPN (UDP & TCP) along with IPSec (IKEv2 & L2TP). One thing to note is that CyberGhost exclusively supports UDP and TCP on its Android, Windows, Smart TV, and Windows apps. It also only supports IKEv2 on Windows, iOS, and macOS.

What’s great is that CyberGhost has support for WireGuard, which is the best and newest protocol on the market. Meanwhile, PPTP and SSTP are supported by IPVanish.

Both VPNs offer 100% leak protection. To determine whether their claims are true, I conducted some tests with IPLeak.net. For starters, let’s look at my results without any VPN in use:

Here’s how CyberGhost and its Singapore server did:

And this is the outcome after moving to IPVanish’s server in Tokyo:

My tests with both VPNs yielded great results. They masked my IP address, proving they can be trusted. I can now use them without ever worrying about strangers finding out my location and doing me harm.

Server security is something all VPNs must prioritize. Sad to say, it seems like CyberGhost and IPVanish failed to take on the latest tech to do this. Both haven’t transitioned to using RAM-disk servers that are incapable of keeping logs. The two have not even announced any plans to do so.

The best that each currently has to offer is a no-logs policy.

CyberGhost has stayed true to its protocol as there’s no record of it keeping logs. In contrast, IPVanish contends with a tarnished record. It admitted to giving up user information to assist with a criminal investigation back in 2016.

The security features of the two VPNs are impressive. With that said, my winner is CyberGhost in this round of our IPVanish vs CyberGhost. I chose it because it isn’t restricted by laws, has WireGuard support, and is free of controversy.

All VPN services alter your internet speeds. To know to what extent CyberGhost and IPVanish do this, I ran some tests. Before seeing the results, check out my base connection:

This is what happened after I paired with CyberGhost’s Japanese server:

Lastly, here’s the outcome following my move to IPVanish’s server in Tokyo:

I was surprised by the results of my tests. Both VPN services performed almost as well as each other. Nevertheless, the winner here is clear – CyberGhost. Although it brought my ping down, the service was able to maintain high download and upload speeds.

On paper, IPVanish has the advantage in this category since it has a fully enabled P2P server network. While CyberGhost lacks this, it compensates by letting you pick from a huge list of optimized servers on its desktop apps. The service is the only one that does this.

To ensure that both VPNs can fully protect me during torrenting sessions, I tested them out using IPLeak.net. Here’s a screenshot of my results without any service in use:

And here’s the outcome after I connected to CyberGhost’s server in Hong Kong:

Finally, this is the result after I transferred to IPVanish’s Taipei server:

Both VPNs had no problems with hiding my IP address during my tests. As such, I can depend on them to safeguard me whenever I decide to torrent.

The winner in this round of our CyberGhost vs IPVanish match is again CyberGhost. Despite it not having a fully enabled P2P network, it has more than enough capable servers. Moreover, the VPN also has better download speeds, which allows me to finish torrenting in no time.

Posts on Reddit say that IPVanish isn’t a good choice for streaming. The service can’t reliably bypass the geoblocks of most platforms. BBC iPlayer, Amazon Prime, and Hulu are all inaccessible, severely limiting the options of users.

By contrast, reports state that CyberGhost is a reliable VPN for media consumption. It even lets you pick from a list of optimized servers that are dedicated to streaming. This makes the service unique in an industry that’s always trying to stay ahead of geoblocks.

Netflix is the world’s most popular streaming platform. Hence, it’s only natural that I use it to test out what CyberGhost and IPVanish can do. With both services, I connected to a US server and watched Spotlight. Below are my results with CyberGhost:

Now, here’s the outcome after I switched to IPVanish:

To my surprise, IPVanish performed better. It loaded the title faster and in full resolution. The same couldn’t be said for its competitor that struggled with streaming the title in top quality.

Regardless of its better performance, my vote for this IPVanish vs CyberGhost round still goes to CyberGhost. Why? Because it can unlock more content. The service reliably accesses well-known streaming platforms besides Netflix.

I must have a VPN that protects me whenever I play Call of Duty Mobile. To see if both services could meet my needs, I played a match using each. The first one I used was CyberGhost, which did wonderfully. Everything ran smoothly, and I experienced zero lags.

Following my initial success, it was time to try IPVanish. At first, there were no issues with my game. However, after a few minutes, frames began to drop. It reached a point where the match was unplayable. I had to quit, go back to CyberGhost, and then start all over again.

Your VPN should be versatile enough to run on all your devices. Furthermore, it should have an extension for whatever browser you use. To see what’s the better service in this category, let’s review the table below:

As you can see, CyberGhost is superior. It has extensions for Chrome and Firefox while its competitor does not.

Even if IPVanish has an app for Chromebook OS, it still comes up short as CyberGhost users with a Chromebook system may still use the VPN on it via a browser extension or a router.

CyberGhost permits its users to connect up to 7 devices simultaneously. It stands out due to this as few other VPNs in the industry compete. An example is IPVanish that allows for unlimited simultaneous connections. The VPN provides great value and is highly suitable for business owners and those with large families.

The number of servers that IPVanish has is impressive. With over 1400 across the world, it has cemented its place as one of the largest VPNs. Sadly, the service is surpassed by CyberGhost, which has the most extensive network of any VPN. With one click, users can tap into each of its 7000+ servers.

It’s tough for a VPN to jump across the Great Firewall of China. Only the best services can do it with success and consistency.

That said, reports have stated that neither CyberGhost nor IPVanish can get the job done. As such, they’re not recommended services to have if you plan on accessing the mainstream internet in the country.

IPVanish has a “big” app that immediately presents you with lots of info after it's opened.

The quick-connect button can be seen on the top right corner. Beside is your current visible location and IP address. Looking down, you can view your internet speed, the protocol used, and how long you’ve been paired to your current server. There are also tabs where you can choose your server.

You first notice a quick connect button that links you to the best nearest server. On the side is an expandable tray that leads you to the rest of the app. There, exclusive features, the settings, and a full list of servers along with ones that specialize in streaming, torrenting, and security can be accessed.

My preference is this category lies with CyberGhost because its app looks much cleaner. It does not flood me with unnecessary information, unlike the app of IPVanish. Moreover, I also like the color scheme that’s very soft on the eyes.

You’ll be glad to know that both VPNs offer an array of unique features. IPVanish has a proprietary version of obfuscation called Scramble. It allows you to modify the OpenVPN protocol to improve security.

CyberGhost offers a lot more to its users. It has data compression on Android that makes its app there lighter and run faster. The service also has split tunneling that lets you provide your real information to certain apps and services. On top of that, a secret photo vault exists on the VPN’s iOS app.

Besides everything stated, CyberGhost also has two paid add-on features. You can avail of a password manager to get rid of the need to remember your accounts’ log-ins. Aside from that, there’s also Dedicated IP, which lets you create a personal IP address.

Since it has more tricks up its sleeve, the winner in this round of our CyberGhost vs IPVanish battle is CyberGhost.

Proper customer support is something that all VPNs must have. Thankfully, both services have made an effort to provide the highest level of assistance in every possible manner. To know what each VPN offers in this category, check out at the table below:

As seen above, IPVanish offers phone support and has faster average response times. Due to that, it’s the winner of this round.

Both these VPNs have competitive prices that most can afford. Additionally, they’ve got flexible plans to meet the needs of different users. Refer to the table below to find out what each VPN has available:

Although its 1-month fee is costlier, CyberGhost’s prices are generally more affordable than IPVanish’s. It also has a longer refund period (14 or 45-day money-back guarantee), which lets you try it without risks for longer.

For these reasons, the service is my winner in this final round of our IPVanish vs CyberGhost match.

Is CyberGhost better than IPVanish?

Yes. It is better than IPVanish in almost every way. The VPN’s security and streaming capabilities are superior. It’s also faster, making it better for gamers and anyone that torrents frequently. Aside from that, it has more servers. Finally, the service has a better app that’s loaded with excellent features that anyone can appreciate.