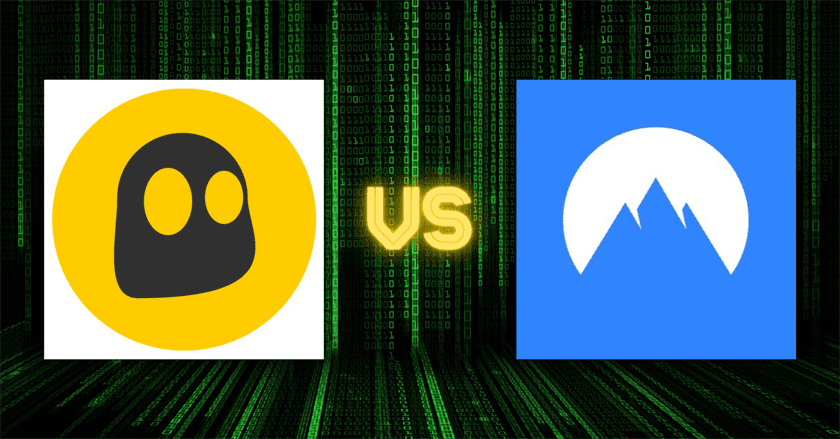 A top player in the VPN industry is CyberGhost. With its great features and broad marketing campaign, it has gained a large following. However, the service is surpassed by NordVPN. To understand why, it is necessary to dwell on the details. Only then shall we know why NordVPN is better.

Let’s begin by getting an overview of everything each VPN has to offer:

Although the two have similarities, each has some unique offerings. To see what best suits you, we’ll discuss things by category. So without further ado, here we go!

NordVPN is based in Panama, while Cyberghost has its headquarters in Romania. Both don’t fall under the jurisdiction of the Five Eyes Alliance. As such, there are no copyright and privacy laws that hinder their operations.

A thing to note is that NordVPN experienced a security breach in 2018. One rented server in Finland got hacked. While no user-data got stolen, the hacker was able to acquire security certificates that could’ve been used to create a fake server.

Sadly, CyberGhost’s OpenVPN support is limited to Windows, Android, Linux, and Smart TVs. It also only supports IKEv2 on iOs, Windows, and macOS. Because of that, it’s at a disadvantage versus NordVPN, which supports OpenVPN and IKEv2 on all its platforms.

Complete leak protection is something that CyberGhost VPN and NordVPN claim to provide. To see if they’re true to their word, I conducted some tests using IPLeak.net. Let’s first look at my results without any VPN running:

Here are the results after I connected to CyberGhost’s server in Singapore:

And this is the outcome after connecting to NordVPN’s Singapore server:

The two VPNs performed as I expected. Neither failed at masking my IP address, proving that I can rely on them to keep me anonymous.

Currently, both NordVPN and CyberGhost lack a RAM-disk server network that prevents them from storing logs. If either wanted to, they could technically keep your information.

To mitigate this problem, NordVPN has announced a full upgrade of its network to RAM-disk mode soon. Unfortunately, the same can’t be said for CyberGhost, which has not revealed any such plans.

My winner in this round of our CyberGhost vs NordVPN match is NordVPN. The reason why is because it comprehensively supports OpenVPN and IKEv2 on all its apps. Additionally, the VPN has also disclosed that it’s upgrading to a RAM-disk server network.

A quick search on Google reveals that NordVPN is one of the fastest VPNs. Many say that it’s the fastest on the market, even when compared to other fast services like ExpressVPN and Surfshark.

CyberGhost VPN has also garnered some good feedback about its speed capabilities. Still, it’s left out when people talk about the fastest VPNs.

To see how the two fare against each other, I conducted some tests. Before looking at the results, check out a screenshot of my base connection:

This is what happened after I moved to NordVPN and its counterpart server:

As you can see, CyberGhost is nowhere near being sluggish. But it still falls slightly behind NordVPN, which gave me better download and upload speeds.

CyberGhost and NordVPN both don’t have a fully enabled P2P server network. To work around this, NordVPN detects torrenting activity and automatically connects you to a suitable server. In comparison, CyberGhost takes a more hands-on approach. It has a list of “for torrenting” servers that you can pick from.

To see if the two VPNs could protect me during torrenting sessions, I ran some tests. First, look at the results without any service in use:

Here is the result after I used CyberGhost’s server in Hong Kong:

Lastly, this is the result after I switched to NordVPN and its Singapore server:

My tests show that both services can keep me safe as I torrent. Nevertheless, my winner in this round of NordVPN vs CyberGhost is NordVPN. The VPN has faster speeds, which makes it better suited for torrenting.

Streaming is important to most VPN users. In fact, many utilize VPNs just to access the foreign libraries of streaming websites.

NordVPN is tailored for media consumption. Using it, you may unrestrictedly watch on Netflix, Hulu, BBC iPlayer, Amazon Prime, and many other streaming services. CyberGhost does almost as well with it being able to consistently tap into all that’s mentioned except Hulu.

A unique thing with CyberGhost is that it lets you pick from a list of servers that specialize with streaming. The VPN even lists down what streaming services those servers can tap into. If anything, this adds a whole new degree of convenience to the streaming experience.

I had to see what CyberGhost and NordVPN could do. Since Netflix is the world’s #1 streaming site, it was natural for me to use it for my tests. The first service that I tried was CyberGhost and its optimized US server:

After that, I rewatched the same movie on NordVPN’s corresponding US server:

The difference between NordVPN and CyberGhost’s streaming capabilities is evident. NordVPN could stream Spotlight in full resolution without buffering. Meanwhile, CyberGhost wasn’t able to do the same. Quality was subpar, and there were also some issues with loading. As such, the winner of this round of CyberGhost vs NordVPN is NordVPN.

I used Call of Duty Mobile to see if NordVPN and CyberGhost could meet my needs. NordVPN and its Singapore server did well. My matches didn’t go through frame drops. In addition, there weren't any lags. The VPN honestly made me forget that I was using one.

Switching to CyberGhost’s SG server didn't bring about many changes. All my matches went smoothly with zero lagging and frame drops.

To summarize, I’d have to say that both services are good for gaming. Using either, I did not experience anything negative. Hence, I’m forced to declare no winner for this round of NordVPN vs CyberGhost.

VPN services must have wide compatibility. After all, they’d be useless if you can’t utilize them on your devices.

Thankfully, the developers of CyberGhost and NordVPN understand this. Both have native apps on mainstream operating systems. Furthermore, they’ve also got support for routers. Lastly, the two have browser extensions.

Refer to the table below to see what each VPN works on:

NordVPN is the winner of this round because of one reason – CyberGhost doesn’t have an app for Chromebook. Though it can be used on the OS via a router, the VPN still comes up shorthanded.

All-encompassing compatibility is useless if your VPN doesn’t allow for many simultaneous connections.

In this regard, NordVPN allows for 6 while CyberGhost permits 7 concurrent device pairings. These numbers are standard in the industry, with few services allowing for more. Examples of such include IPVanish and Surfshark, which let users link an unlimited number of gadgets under one account.

CyberGhost and NordVPN have a huge amount of servers. The two have the most in the industry. NordVPN boasts 5000+ servers whereas CyberGhost has 7000+. The difference is significant, and it’s for that reason that CyberGhost wins this category.

China’s Great Firewall is challenging for any VPN to work around. Reports state that NordVPN is a reliable service for getting the job done. It almost always bypasses Chinese censorship measures, making it perfect to have if you’re planning a trip to China.

In contrast, many have stated that CyberGhost is unable to bypass the Great Firewall. It lacks the necessary obfuscation technology to work in China. As such, it’s not ideal if your goal is to use a VPN in the country.

Both VPNs have fantastic apps that aren’t hard to navigate.

CyberGhost, in particular, is famed for being user-friendly. After opening it, the first thing you’ll see is a quick-connect button that pairs you to the best nearby server. A tray button on the side makes the app expand. From there, you’ll get to access the settings and pick between your torrenting, streaming, NoSpy, and your favorite servers.

The app of NordVPN is a bit different. Upon opening it, you’ll see a world map with markers on countries where it has servers. A side panel shows a list of recently used and P2P-enabled servers. When you scroll down further, a list of all the VPN’s servers can be seen. You can access the settings by clicking the gear icon on the top right corner.

I like CyberGhost’s app more because it shows me exactly what I need. The service is the only one I’ve used that does this, which makes it stand out. Don’t get me wrong, though. NordVPN has an amazing app that’s by no means ugly or hard to use.

Split-tunneling is a feature that allows NordVPN’s users to provide their real information to certain websites and services.

The service also has something called Double VPN, enabling you to double security by routing web traffic through two servers. Moreover, there’s Onion over VPN. Using it lets you benefit from all of NordVPN’s security measures while using the Tor browser.

CyberGhost has data compression for Android and a secret photo vault for iOS. The former makes the VPN’s app run faster on the platform. Meanwhile, the latter gives iPhone users a secret place to hide their photos.

In addition, the service also has two paid add-on apps. First is a password manager, where you can safely store all your account passwords in one place. The second is called Dedicated IP, a feature you can use to create your IP address.

Although both VPNs have excellent additional features, my winner for this round of CyberGhost vs NordVPN is CyberGhost. I chose it because its features are more appealing to a larger demographic.

I had a question regarding CyberGhost’s password manager, so I sent them an email. The reply came a few hours later and was very detailed. With that said, it would’ve been nicer if the VPN gave me a response sooner.

My experience with NordVPN was also satisfactory. I chatted to ask if they offer free trials and was given a quick answer. The representative that attended to me was kind and well-trained.

To better understand what customer support options each service offers, look at the table below:

The winner in this round of NordVPN vs CyberGhost is NordVPN. It’s superior as it has faster response times and video guides for troubleshooting.

Affordability is very important to consider when choosing a VPN. Fortunately, both services are priced competitively.

Check out the table below to get an overview of their pricing schemes:

While both are affordable, the cheaper VPN is CyberGhost, with its lowest price per month being just $2.25.

It’s also a must to note that CyberGhost and NordVPN both offer a money-back guarantee. You can try the former without risks for 14 or 45 days, depending on the plan you choose. The latter may be used for 30 days without risks.

For this final round of NordVPN vs CyberGhost, my winner is CyberGhost. It’s the better choice for those looking for a good deal as it has more flexible plans, lower prices, and a longer money-back guarantee period.

Is CyberGhost better than NordVPN?

No. Although it offers more simultaneous connections, has a larger server network, and boasts excellent features, prices, and apps, it falls short versus its competitor.

NordVPN checks all the right boxes when it comes to being an outstanding VPN service. It’s faster, has better streaming capabilities, supports more devices, provides superior security, and works in China. For these reasons, I recommend that those who have the budget choose it instead of CyberGhost.