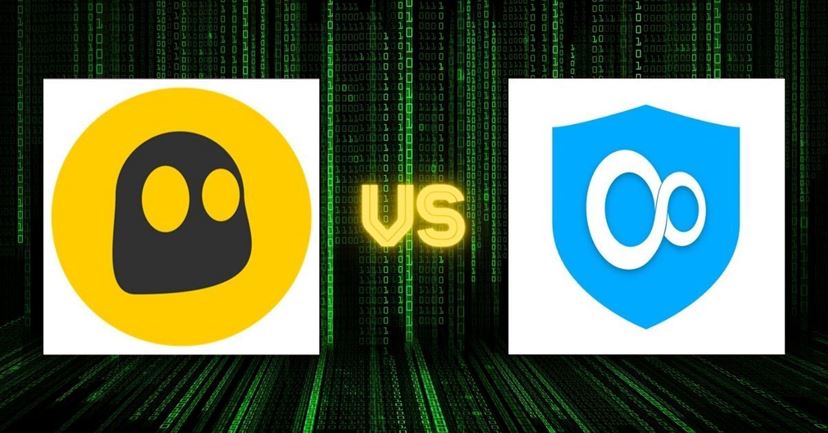 CyberGhost is one of the most established VPN services. Often, it’s pitted against VPN Unlimited, which isn’t as well-known.

Despite that, VPN Unlimited is universally regarded to be superior in every way. To fully understand why, we must thoroughly review each client.

Let’s kick things off with this table showing all that both VPNs offer:

The differences between the two aren’t evident at first glance. Hence, we need to take a closer look at each service. After all, they’ve both got pros and cons that you should be aware of.

VPN Unlimited is based in the United States, while CyberGhost is based in Romania. As such, only the former service falls under Five Eyes jurisdiction. That means it's greatly handicapped since it can’t operate freely without the threat of closure by the authorities.

The two VPNs use AES-256 encryption alongside an RSA-4096 key exchange. Also, they both employ SHA-256 hash authentication.

Besides that, the latter service also lets you toggle Keepsolid Wise, which is proprietary. In addition, it also gives you the option to use PPTP.

Here’s how CyberGhost and its server in Singapore did after I tested it for leaks with IPLeak.net:

Now, check out how VPN Unlimited and its same-location server performed:

As you can see, neither service failed to impress. The two easily masked my real IP address and kept me anonymous. Hence, you can rely on them to remain 100% anonymous.

VPN Unlimited and CyberGhost both have firm zero-logging policies.

In addition, neither have records of disclosing private information to third-parties. Therefore, even if they’re not RAM-based, it’s safe to say their servers are secure.

While the two VPN services are very secure, this round’s win goes to VPN Unlimited. How come? It supports more protocols on more platforms, meaning you shall get to configure in exactly what manner you want. So it wins this CyberGhost vs VPN Unlimited round.

Below is a screenshot showing my internet speeds after I paired to CyberGhost’s SG server:

This is how things changed after I moved to VPN Unlimited and its server in the same location:

Even if the two have unlimited bandwidth, VPN Unlimited is the faster service. As such, it’s the winner of this very important category of our match.

CyberGhost and VPN Unlimited don’t have fully enabled P2P networks. However, both of them provide a list of torrenting servers on their apps. Thus, picking a suitable location for the job is more than easy.

I tested both VPN providers to see if they leaked when torrenting. Here’s how CyberGhost and its optimized Hong Kong server did:

And now, this is VPN Unlimited along with its Singapore server fared:

As I expected, both services didn’t leak when I was using them for torrenting. That means they are more than capable of the job. Still, the winner of this category is VPN Unlimited.

Why? It is slightly faster than its competitor, meaning you’ll get to finish downloading quicker with it. So it's the winner in this CyberGhost vs VPN Unlimited category.

As with torrenting, CyberGhost and VPN Unlimited list down the servers that can bypass streaming website geoblocks on their apps. Because of that, many say they’re both great choices for movie buffs.

To see if the two worked with Netflix, I tried to view Spotlight using both and their special streaming servers in the US. Here’s how this went about with CyberGhost:

Next up, this is how VPN Unlimited fared:

To my surprise, both did spectacularly well. Not once did I have issues with quality or buffering while using either. Nevertheless, the win for this category goes to VPN Unlimited since it’s way faster and can unblock more streaming sites.

I had a great time playing Call of Duty Mobile while using the two VPNs. That said, frame drops did occur during the most hectic parts of my matches while I was connected to CyberGhost’s server in Singapore. For that reason, VPN Unlimited is the winner of this category of our comparison. With it, I had nothing but a stellar experience.

The table below shows what each VPN client functions on:

CyberGhost lets you connect a max of 7 devices simultaneously with one account, while VPN Unlimited only allows for 5 pairings. Due to that, it’s the winning service for this category.

With a little more than 500 servers, VPN Unlimited’s network is rather tiny. This is especially true in comparison to CyberGhost’s network, which is the largest of any VPN. It operates a whopping 7000+ servers across the planet.

Despite its network’s massive size, CyberGhost doesn’t work in China. In comparison, many user testimonies claim that VPN Unlimited is a reliable service to have in the country. The service is said to make short work of the Great Firewall.

The native applications of CyberGhost are incredibly user-friendly. Using them, it’s possible to pick a server based on the job you need to get done. Besides that, it is also important to note that each one of them is aesthetically-pleasing and highly-configurable.

VPN Unlimited’s applications are decent. Sad to say, they still need lots of tweaking since they’re unresponsive and quite rough around the edges.

CyberGhost has data compression on Android and a secret photo vault on iOS. The first unique feature makes the VPN’s application on the platform lighter. Meanwhile, the second serves as a place to hide photos on your device.

In addition, CyberGhost also has a paid add-on password manager. Besides that, it has something called Dedicated IP, which lets you create a personal IP address.

VPN Unlimited also allows you to establish your own IP address. Furthermore, it lets you create a VPN server. Finally, the VPN solution allows for 2FA authentication during logins.

Since all of VPN Unlimited’s exclusive features are free and useful to everyone, it’s the winner of this category of our comparison.

Below is a table showing what both offer when it comes to support:

VPN Unlimited is the victor of this category as it has a shorter average response time. In a mere hour or even less, you’ll be given a helpful reply to all of your inquiries. The same can’t be said for CyberGhost, which can sometimes take half a day to deliver a helpful response.

Please refer to the table below to know what each VPN offers in regards to pricing:

The prices of VPN Unlimited are way cheaper than CyberGhost’s. You even have the option to avail of a lifetime subscription. If anything, this is great for those who are looking to commit and save big in the process. So the winner in this VPN Unlimited vs CyberGhost round is VPN Unlimited.

Is VPN Unlimited better than CyberGhost?

Yes. VPN Unlimited is an incredible VPN that outmatches its competitor in many ways. First of all, it has got better security. Additionally, it’s a lot faster, making it better for gaming, streaming, and torrenting. On top of that, the VPN works in China with amazing reliability. Lastly, it is extremely affordable and offers great value for money.