Is ExpressVPN Good For Amazon Firestick? 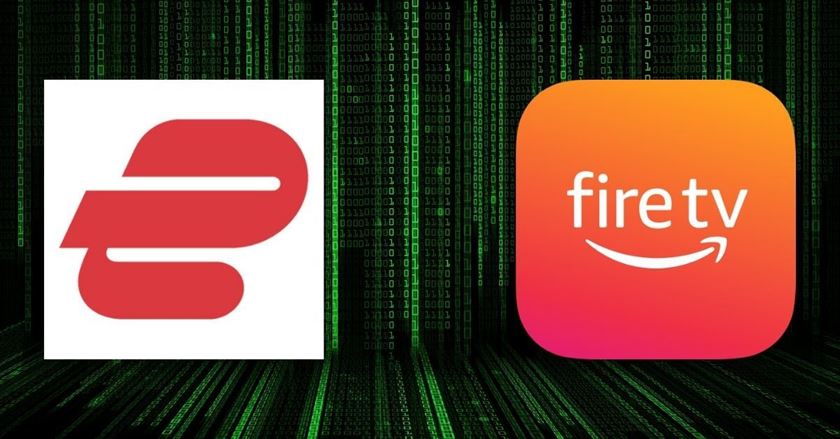 Yes. ExpressVPN is without a doubt good for Amazon’s Fire TV Stick. In fact, it’s considered by many experts to be the best VPN service provider for the home entertainment device. Besides having impressive speed capabilities, it boasts a massive server network and a great Fire Stick app.

I absolutely recommend ExpressVPN Fire TV Stick VPN solution. With that said, the service is by no means perfect. It has zero exclusive features, no built-in ad and malware blocker. On top of that, it allows for a maximum of only five simultaneous device connections.

Does ExpressVPN Work On Firestick?

Of course. ExpressVPN is compatible with a plethora of devices, and Amazon’s Fire TV Stick is no exception. The VPN’s developers have created an incredibly user-friendly native application for the streaming device. Moreover, they’ve figured out how to bypass the geoblocks of almost every mainstream website and online service.

Why Use ExpressVPN For Firestick?

Amazon’s Fire TV Stick allows you to turn nearly every television with an HDMI port into a smart TV. When using it, you’ll be able to browse the web, do online shopping, check social media accounts, and watch from popular streaming services. Examples of which include:

With the help of ExpressVPN, it shall be possible to access the foreign libraries of the streaming platforms mentioned above. You’ll get to watch a mountain of content that otherwise wouldn’t be available. If anything, this is perfect for anyone that streams frequently.

ExpressVPN comes in handy for Fire Stick users because it provides digital anonymity, making sure you’re safe whenever you go online. Besides that, the VPN service allows you to bypass geo-restrictions. Moreover, it will occasionally get you off bandwidth throttling caused by ISPs.

A top-tier VPN provider like ExpressVPN can also bypass the Great Firewall of China and other censorship systems. Because of that, it makes for a great travel companion. With its help, you’ll be able to freely access the global internet wherever you are.

Finally, you may also use ExpressVPN to access otherwise unavailable websites and online services on your Amazon Fire TV Stick. On top of that, the service will allow you, along with everyone else at home, to remain protected whenever browsing these sites and services.

How To Install ExpressVPN On Amazon Firestick

Installing ExpressVPN onto your Fire Stick is a breeze. Needless to say, the elderly and anyone else who’s not tech-savvy might need assistance.

Fortunately, ExpressVPN has excellent customer service. You can be certain that a capable representative will attend to you regardless of how your reach the service. When talking to them, expect to receive timely, informative, detailed, and cordial answers.

Here’s a step-by-step guide on how to install ExpressVPN on your Amazon Fire Stick:

The first thing to do is purchase an ExpressVPN subscription. You may do this on your desktop or mobile device.

Although the plans available are quite pricey, especially when compared to that of other VPNs, I believe they are worth every penny. Plus, if you ever have any regrets after buying ExpressVPN, a 30-day refund policy has your back.

Below is a table that breaks down ExpressVPN’s pricing schemes:

We recommend getting ExpressVPN’s app from your Amazon Fire TV Stick’s application store. By downloading there, you shall be choosing convenience as it’s quick and easy. Also, you’ll be making sure to get automatic security updates installed whenever they roll out.

Fire Stick runs on a specially made version of Android. Due to that, the streaming device can run lots of Android APKs. Sadly, going for this method means that you will not receive any automatic security updates, which is practically unacceptable from a privacy standpoint.

(The only way to get a URL of ExpressVPN’s Android APK is to contact the VPN’s customer service via chat or email. After making a request, a representative shall send over the link, which can be a hassle to type in using your Amazon Fire TV Stick’s remote.)

Regardless of what method you utilize, ExpressVPN should automatically install after being downloaded. After everything is set up, you may open ExpressVPN and finally begin browsing safely, accessing geo-restricted content, and streaming movies without restrictions.

How To Use ExpressVPN On Firestick

Contrary to popular belief, using ExpressVPN on Fire TV Stick isn’t difficult. Just about anyone can learn how to do it. Of course, this should not come as a surprise since the people behind the service made sure to make their VPN as user-friendly and accessible as possible.

Follow these steps to use ExpressVPN with Amazon’s Fire TV Stick:

Start by opening ExpressVPN’s application. From there, you can explore it to see what it has to offer. More importantly, you may tweak the settings to ensure that you’ll have an excellent VPN experience. I suggest changing the protocol to OpenVPN UDP, which is both fast and secure.

ExpressVPN has more than 3000 servers in 94 countries. Its large network makes it better at masking the identities of its subscribers. Furthermore, the VPN’s size makes it more reliable because servers in a given country are less prone to becoming overloaded.

Remember that no two VPN servers perform identically. Some are quicker and more capable of working around geoblocks than others. With that said, for those wanting to have the fastest internet connection, it’s better to settle on a server that’s geographically closer.

After connecting to a server, you can finally browse, stream content, or shop without having to worry about geo-restrictions. Be sure to keep ExpressVPN on while you’re watching shows or movies on streaming platforms like Netflix to avoid being blocked from the library you’re on.

ExpressVPN Not Connecting On Firestick?

ExpressVPN can sometimes suffer from periods of downtime wherein its servers cannot bypass geoblocks or even stay connected. Don’t worry though because there are a few workarounds that you can employ to continue using the internet freely on your Amazon Fire TV Stick.

First of all, you can pair to another server within the same locale. If that does not work, you can try reinstalling or updating  ExpressVPN’s app. The last thing you can do is research and see if what you’re trying to see can be accessed elsewhere from another country’s server.

Yes. ExpressVPN is a VPN that’ll definitely meet the needs of anyone with an Amazon Fire TV Stick. Besides being capable of providing top-notch online security, it’s also fast. In addition, the service has a great native Fire Stick app. Moreover, it has a huge server network. Finally, it can also work around the Great Firewall of China.

I’d have to say that ExpressVPN is worth getting even if it lacks exclusive features and is rather pricey. However, because it only allows for a maximum of five simultaneous device connections, I can’t recommend ExpressVPN to anyone who’s got a large household.