Does ExpressVPN Work With Netflix? 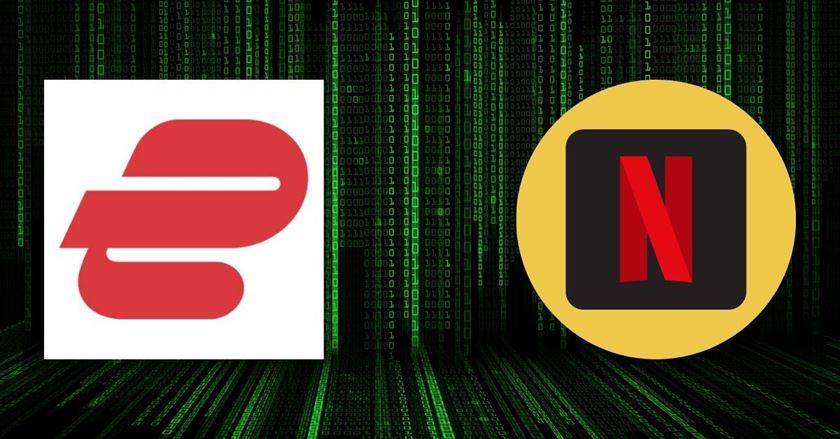 Yes. ExpressVPN works with Netflix. It’s actually one of the best VPN solutions that can be used to unblock the streaming platform. Nearly all of its 3000+ servers are capable of bypassing geo-restrictions imposed by any website. Therefore, the service is perfect for avid movie buffs or anyone that streams on a daily basis.

I recommend ExpressVPN to those looking for a reliable provider to work around Netflix’s blocks in as many countries as possible. To fully understand why, continue reading this article.

ExpressVPN has over 3000+ servers across the world. All of which are capable of consistently working around the restrictions imposed by Netflix. On top of that, they’re very safe to utilize because they’re RAM-based, and therefore, incapable of storing your private information.

Finding the ExpressVPN server that you wish to use is easy. The VPN service provider’s native apps for all platforms list them down. Furthermore, they also let you find them via a search bar.

ExpressVPN has servers in hundreds of countries. Almost all of them boast a unique version of Netflix. With that said, not all of the platform’s libraries are created equal. Some are way more popular than others because they've got more exclusive content available.

Here are some countries which have great libraries that you’d want to check out:

The USA’s version of Netflix is packed with blockbuster flicks, indie movies, award-winning TV shows, and fascinating documentaries. Hence, finding something interesting that’s not shown elsewhere isn’t difficult. You’ll definitely not get disappointed when looking for something new.

ExpressVPN has several server locations in the US. I suggest that you connect to the city that’s nearest to your current location. How come? So that you’ll get to experience the best internet connection speeds and have a flawless viewing experience that’s free of buffering issues.

Netflix in France is far from boring. It contains a lot of French and English content that anyone would appreciate. You’ll find everything from obscure classics to the newest films and series. There are even a handful of documentaries that are not shown elsewhere.

A total of three ExpressVPN servers operate in France. Two of which are located in Paris while the other one can be found in Strasbourg. No matter which of these servers you connect your device to, you’re certain to be able to access Netflix France’s otherwise blocked library.

A lot of popular Netflix exclusives come from the UK. Prime examples include Sex Education, The Crown, and Peaky Blinders. Hence, anyone that watches these shows and wishes to be one of the first to see them when a new season comes out should definitely unblock Netflix’s library in the UK.

People of all backgrounds reside in the UK. For that reason, it shouldn’t come as a surprise that the country’s Netflix library has shows and movies from across the world. You’ll easily be able to find everything from Bollywood to Chinese cinematic treasures.

Canada has a very interesting Netflix library. There, you’ll come across classic Hollywood titles and local content that’s not shown anywhere else. Furthermore, since the country is bilingual, lots of French series, documentaries, and movies with English subtitles are available.

ExpressVPN has four servers in Canada. During my tests, I’ve found that each one can grant me access to the country’s version of Netflix. Also, each one doesn’t hamper web connection speeds too much, meaning you’re likely to not encounter quality issues.

Aussies love to stream and their version of Netflix reflects that. It’s filled with movies produced locally and internationally. On top of that, there are lots of series, comedy specials, animated films, reality shows, and documentaries about everything you could imagine.

Despite what you may think, not all of the content of Australia's Netflix library is in English. Due to the large number of immigrants in the country, there are loads of British, Vietnamese, Korean, Indian, Chinese, and Filipino shows and movies.

Japan’s local Netflix library needs no introductions. When browsing it, you can find a plethora of great local and international movies. Additionally, there’s a myriad of anime shows to choose from. Aside from that, you can also come across locally produced dramas with subtitles.

There are three ExpressVPN servers in Japan that you may use to gain access to Netflix. Two of these servers are located in Tokyo, while the other one can be found in nearby Yokohama.

In addition to the libraries mentioned above, here are some other countries that have excellent local versions of Netflix that you can access using ExpressVPN:

If you ever find yourself bored with your go-to Netflix library, don’t hesitate to browse the content in these countries. You’ll definitely come across something interesting and worthy of your time as a viewer. This is especially true when it comes to South Korea, the Philippines, and India.

How To Use ExpressVPN With Netflix

Using ExpressVPN with Netflix is easier than you think. By following these steps, you’ll be able to gain unrestricted access to the streaming platform in practically no time:

First, you must create an ExpressVPN account and purchase a subscription. After that, you may then download the service’s app on its website. Once finished, the service’s application should install automatically on your device. Needless to say, there’s an option for manual installation.

If you’re wondering, ExpressVPN’s apps are user-friendly. Even those who aren’t tech-savvy will get to master them in no time. Besides that, you should also know that the service provider’s applications were all built to be light on memory, and thus, don’t take up much storage.

Once finally on your device, open ExpressVPN’s app, then log in. When that’s over with, select a server to pair with. As mentioned earlier, you may do this via a list or search bar. Remember that the closer a server to your location is, the more likely you’ll have a good connection.

After you’re all set up, go to Netflix’s website and then login. You should be greeted with the version of the platform in the country you’re connected to. It is easy to tell whether you are successful because the streaming platform’s homepage differs by the library.

I suggest that you don’t rush with selecting a title. Instead, explore the library you’ve accessed and see everything that’s new. Only when that’s done shall it be right to settle on something.

When done picking what to stream, you may now start watching the title. Enjoyment is sure as the speed capabilities of ExpressVPN are excellent. Even when connected to a distant VPN server, there’s a high chance that you’ll still get to watch with zero issues whatsoever.

Even a top-tier VPN provider like ExpressVPN can experience occasional periods of downtime wherein Netflix can detect it. Fortunately, some workarounds will allow you to watch from a foreign library without restrictions.

If Netflix blocks you, try connecting to another server within the same country. Doing that usually solves the problem. However, in case it doesn’t, try updating the service’s app on your device.

When updating the VPN’s application still does not work, try researching if the title you wish to view is available elsewhere. Given the size of Netflix, it’s almost certain that it will be. Hence, there’s nothing to be concerned about. You’ll still get to watch what you want to.

Does ExpressVPN Work With Netflix?

Yes. ExpressVPN, without a doubt, works with Netflix. It can unblock almost every library that is thrown at it with ease and consistency. Moreover, the service can facilitate a great viewing experience due to its superb speed capabilities. Finally, it has a large network that lets you access the version of Netflix in almost every country you’d want to.

I cannot recommend anything over ExpressVPN for use with Netflix. The service is actually THE BEST CHOICE for streaming. Sad to say, it’s also pricier than its closest major competitors, which is why you’d want to look at other options before investing in the service.