Does IPVanish Work With Netflix? 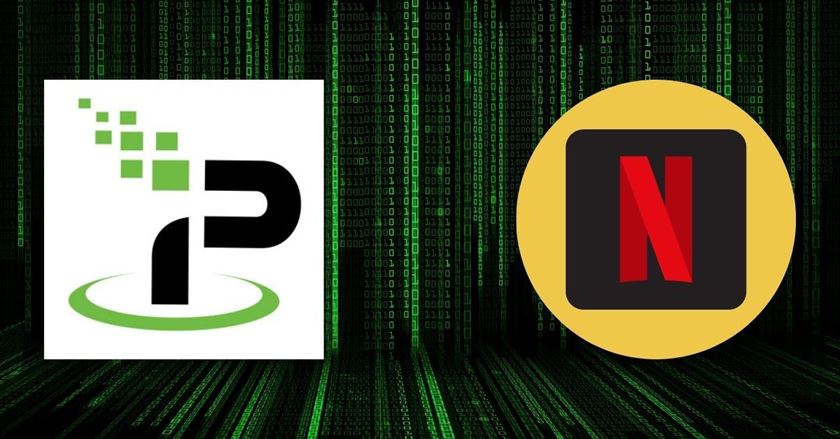 Yes. IPVanish can be used alongside Netflix. It has a large network of servers that theoretically can provide you with access to a plethora of foreign libraries. Furthermore, the VPN boasts an excellent track record when it comes to security, meaning it will keep you safe when watching.

Unfortunately, we can’t recommend IPVanish to those who are looking to use a VPN to unblock Netflix. How come? It’s incredibly slow, even when compared to its closest competitors. Aside from that, it also can’t reliably provide access to libraries located outside of the United States.

IPVanish is an established provider that’s been around for years. Because of that, it has been able to create a network that currently consists of 1400+ servers. Sadly, the people behind IPVanish have not disclosed which of those servers can bypass Netflix’s geoblocks.

You can select a location via a list, map, or search bar. Moreover, there’s the option to group servers by favorite, ping, load, and country. If anything, this is awesome from a convenience standpoint. No other VPN service provider has the same offering, making IPVanish unique.

These countries have interesting Netflix libraries that are worth checking out using IPVanish:

The United States is where Netflix was born. As such, it’s only natural that the country’s local library is filled with a massive selection of interesting content. There, you’ll be able to find everything from the most obscure titles to the most famous blockbuster hits.

IPVanish is based in the US. Due to that, the service has a large number of capable servers available there for you to use. Hence, you’ll most definitely get to access the local version of Netflix and encounter zero streaming problems most times after.

France’s local Netflix library is the best place to find hidden cinematic gems. However, it also plays host to a lot of family-friendly content that everyone can enjoy. While there are many non-English shows and movies, everything has subtitles so you may understand them.

There are three IPVanish VPN servers in France. Among them, the one in Paris was the most adept at providing access to Netflix. Besides that, it’s also the fastest though it is still rather sluggish.

The UK produces many original series that are world-famous. A few prime examples include Sherlock, Black Mirror, and Peaky Blinders. As these hits are all locally produced, their new seasons always premiere first in the United Kingdom’s local Netflix library.

You can choose from five IPVanish server locations in the UK. Sadly, my tests with all of them have yielded negative results. Not one can consistently bypass Netflix’s restrictions. To make things worse, all of the servers slowed down my internet speeds greatly.

Canada’s version of Netflix is one of the world’s best. When browsing it, you’ll find nearly any popular movie you can think of. Furthermore, there are lots of series that aren’t shown elsewhere. Lastly, a plethora of foreign-language is available for you to watch.

More often than not, IPVanish can grant access to Canadian Netflix. Also, the provider’s servers don’t cause web connections to drop. That means you only have a small chance of experiencing quality, loading, and buffering issues when streaming.

Netflix in Australia is home to a surprising amount of exclusive content that can’t be found even in nearby New Zealand. Furthermore, the country’s local Netflix library is surprisingly packed with films, dramas, sitcoms, comedies, and romcoms from countries like the Philippines.

The performance of IPVanish’s five servers in Australia could’ve been better. Although most of them could bypass Netflix’s geoblocks, only a few do so reliably. One positive thing to note is that all of the servers were able to maintain my good internet connection speeds.

Japan has a Netflix library that many would love to browse. It’s full of anime shows and movies that kids and adults alike can appreciate. Naturally, you may also find Japanese titles of all sorts. And if you’re wondering, nearly everything that’s not in English has subtitles.

There’s one IPVanish server in Tokyo. It consistently works around Netflix’s geoblocks and does not encumber internet speeds. However, since it’s the only server in the country, expect occasional periods of downtime when your device is connected to it.

Each of these countries also has great local Netflix libraries that IPVanish can unlock:

Unfortunately, the servers of IPVanish in these places vary when it comes to reliability. In some instances, they’re able to access Netflix. Meanwhile, in other instances, they won’t be able to find success. On top of that, their speed capabilities differ wildly from each other.

How To Use IPVanish With Netflix

Contrary to what you might think, it’s actually very easy to utilize IPVanish to unblock Netflix’s restricted libraries. In fact, the process can be done by just about anyone. The only thing you shall need to do to watch without limits is to follow these four simple steps:

First of all, you must create an IPVanish account then purchase a VPN subscription. After that, download the service’s application for your device on its website. If you’re wondering, native IPVanish apps have been developed for Windows, macOS, Android, iOS, and Linux.

Upon downloading, IPVanish’s app should automatically install on your device. Once done, you may finally open the application and then proceed to the next step.

Select a VPN server in the country with a Netflix library you want to unblock. If possible, go with a location that’s geographically nearer to your current whereabouts. In doing so, you’ll have better odds of getting a faster or at least uninterrupted internet connection.

When you’re done paring with a server, you may finally open Netflix. You’ll be able to find out if IPVanish was successful if you’re greeted with a different homepage. It’s highly suggested that you don’t rush with choosing a title. Rather, take your time to see everything that’s available.

Once you’ve finished picking something to watch, go ahead and start playing it. Be sure to not disconnect from IPVanish’s server. When that’s done, your viewing experience will instantly be cut as Netflix will discover that you’re streaming a restricted library.

Everyone who uses IPVanish to unblock Netflix will inevitably experience being blocked by the platform. When that happens, several workarounds can alleviate your situation. Don’t worry, as all these workarounds are a breeze to do and don’t require any special steps.

For starters, switch to another VPN server within the same country. Doing this usually solves the problem. However, if it doesn’t, you can try updating IPVanish’s app on your device. Finally, you may also research and see if the title you wish to watch is available elsewhere.

Does IPVanish Work With Netflix?

Yes. IPVanish works with Netflix. Sadly though, it cannot be relied upon to consistently provide access to the streaming website. Besides that, the VPN’s limited speed capabilities make it introduce problems with buffering, loading, and quality somewhat regularly.

Again, we at VPNThrive don’t recommend IPVanish for Netflix. For its price, you’ll be able to find much better services that are faster and better at bypassing geoblocks.