Does NordVPN Work With Netflix? 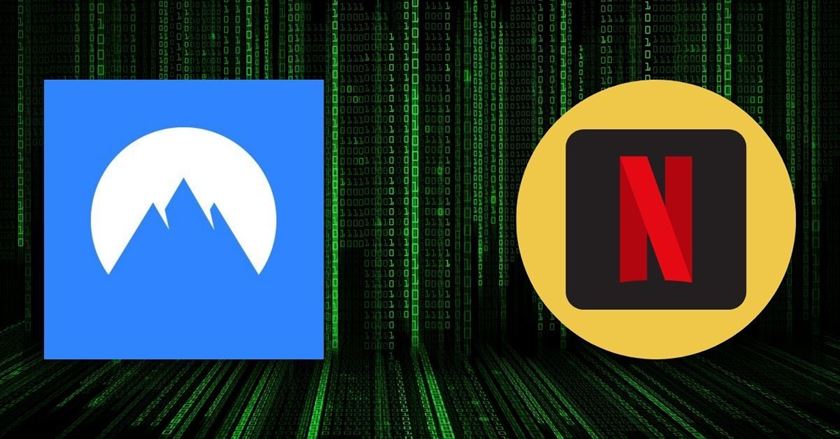 Yes. NordVPN does indeed work with Netflix. In fact, it’s one of the best VPNs for streaming purposes. It can make short work of almost any geo-restriction that is thrown at it. Therefore, when using it, you’ll be able to access an ocean of previously inaccessible content.

We definitely recommend NordVPN to anyone who’s planning to use a virtual private network to bypass Netflix. Apart from being able to work around nearly all geoblocks, it’s also good for the platform for several other reasons. Continue reading this to find out what these reasons are.

NordVPN’s apps don’t provide a list of servers that are suitable for streaming. In theory, all of the VPN provider’s servers are capable of letting you tap into Netflix’s libraries. Consequently, you may connect to any of the service’s 5000+ locations to stream content without restrictions.

It’s possible to select a NordVPN server via a search bar, map, or list. Once you have picked a location, hit the connect button, and you’ll be all set. If anything, the entire process is a breeze.

As stated earlier, in theory, NordVPN can give you access to any Netflix library. With that being said, not all of the platform’s libraries are equal. Some have more shows and movies than others, making them superior. Let’s talk about these important libraries.

The US version of Netflix has a plethora of shows and movies. If anything, this shouldn’t be surprising since the country boasts the highest number of Netflix users. NordVPN maintains many servers in the USA. Almost all of them are fully capable of bypassing geoblocks.

Contrary to popular belief, Netflix USA isn’t just home to English content. The library is also filled with Spanish, French, Italian, German, Indian, and Chinese movies and shows. Why so? America is home to a diverse range of different peoples from around the globe.

France has a Netflix library that’s full of interesting content. There you’ll be able to find many old and obscure titles. Of course, you shall also not have a shortage of blockbuster movies and highly-acclaimed TV shows to choose from. Also, there are lots of documentaries.

Netflix in France is home to lots of French-language content. Don’t worry as subtitles in English and sometimes other languages are available. In addition, there’s a wide selection of non-French titles. Most of which are Hollywood movies and TV shows.

The library of Netflix in the UK is loaded with local and international content. Everything from the classics to newer movies is available. Nearly any mainstream show that’s been out can also be watched. And yes, there are also many documentaries and exclusive titles to choose from.

Since the UK is a very diverse country, its version of Netflix has shows and blockbusters from all over the world. Everything from Bollywood flicks to Chinese movies is present. For consumers like yourself, this is great as you’ll not run out of things to watch.

Some would argue that Netflix’s library in Canada is larger than its US counterpart. I personally love streaming from the country as almost any movie I want to watch is accessible via a simple search. The same can also be said for TV series and documentaries.

Canada is a bilingual country wherein English and French are widely spoken. As such, you can expect to find shows and films in both languages. Moreover, content from other places is slowly increasing due to the large influx of immigrants to Canada in recent decades.

Netflix’s library down under is packed with interesting shows, movies, documentaries, and other kinds of content you can watch. It boasts a myriad of unique offerings that you could only watch in Australia if you didn’t have a highly-ranked VPN service provider like NordVPN.

Few other VPN providers can grant access to Netflix Australia. Hence, if you plan on accessing the country’s library, you should go with NordVPN. After all, the service has a great track record when it comes to being able to bypass geoblocks in the country with consistency.

You’d want to access Netflix’s library in Japan because it’s full of shows, movies, anime, and many other things that are not available elsewhere. In fact, the library is arguably one of the most unique in the world, making it a must for anyone who streams frequently.

Contrary to popular belief, there’s also an almost unlimited amount of English language options to choose from. In addition, most local exclusive content has subtitles. Thus, you need not concern yourself if you don’t understand even a word of Japanese.

Here are some other Netflix libraries that are worth checking out when using NordVPN:

Each of these countries has unique versions of Netflix. Their libraries boast a lot of content that isn’t available anywhere else in the world. As such, if you ever find yourself bored with the current choices in your location, go ahead and check them out using NordVPN.

How To Use NordVPN With Netflix

Contrary to what you may think, it’s easy to use NordVPN with Netflix. In fact, anyone may do it without hitches. Simply follow these steps, and you’ll be all set:

Before installing NordVPN, you must create a user account and purchase a subscription. After that, go ahead and download the service’s application for your device on its website. When you’re finished downloading, installation should begin automatically.

What’s great about NordVPN’s apps is they’re all easy to use and light on memory. Due to that, you’ll certainly have an excellent user experience that’s free of any setbacks.

Once NordVPN is set up on your device, open its application, then select a server. Remember to pick a location that’s in the country that’s Netflix library you want to unlock. Also, keep in mind that a server that’s geographically closer to your present whereabouts will be much faster.

When you’re finally done connecting to a NordVPN server, open Netflix. What should appear on your screen is the version of the platform in the country you’re connected to. Explore what’s newly available to watch and then settle on an interesting title.

After you’ve finally picked the content to watch, go ahead and play it. Since NordVPN boasts superb speed capabilities, it’s sure that you’ll have a stellar viewing experience. Problems involving lagging, buffering times, and quality will be practically nonexistent.

No VPN is perfect and capable of flawlessly bypassing Netflix’s blocks.

Occasionally, you’ll experience periods of downtime even when using a highly-ranked service provider like NordVPN. With that said, there’s a clever workaround that’ll let you watch otherwise restricted content even after Netflix detects that you’re using a VPN.

Simply choose another server within the country you’re trying to unblock a Netflix library. By doing so, you’ll get to access the same content that you usually do. However, if that doesn’t work, try updating NordVPN’s application on your device since that often solves the issue.

If updating the NordVPN app on your device still doesn’t work, try researching to see if the title you want to view is available elsewhere. It’s almost certain that it will be.

Does NordVPN Work With Netflix?

Yes. NordVPN is a wonderful option for people looking to use a VPN to work around Netflix’s restrictions. Besides having a large network of capable servers, the provider is blazingly fast, meaning that it can facilitate a great viewing experience for its users.

We certainly recommend NordVPN. It's one of the best VPNs for Netflix. By choosing it, you’ll not have any regrets at all. However, in case you ever do, there is a 30-day money-back guarantee policy that you may utilize to get a refund. That same money-back guarantee policy also allows you to try the service without any risks, which is great for those skeptical about it.