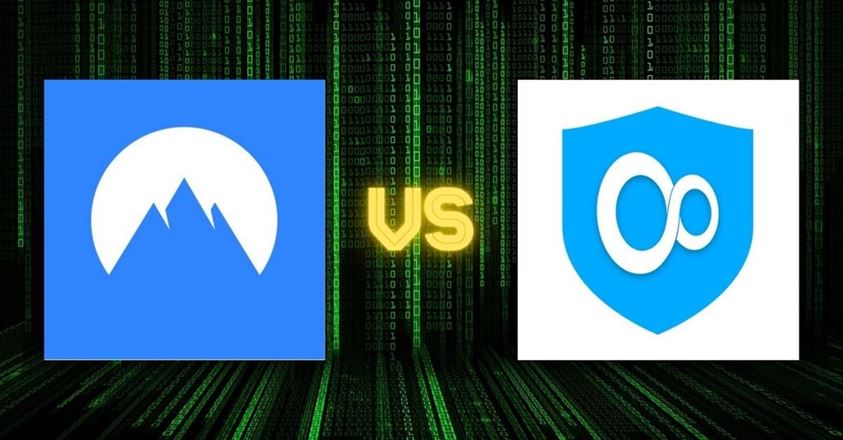 VPN Unlimited is one of the most coveted VPN services in the world. Be that as it may, most VPN reviewers say that NordVPN is better in nearly every regard. To understand why, let’s dwell on the details and compare everything each has to offer by category.

To begin, here’s a table showing the specifications of the two:

As you can see, VPN Unlimited and NordVPN are remarkably different from each other. Due to that, it’s necessary to take a closer look at everything they offer.

VPN Unlimited is a subsidiary of Keepsolid, which is based in the US. As such, the service falls under the Five Eyes Alliance jurisdiction. That means its operations are hindered by meddlesome privacy and copyright laws.

Meanwhile, the headquarters of NordVPN is in Panama. Hence, nothing restricts its everyday procedures. It can go about without the threat of closure by the authorities.

The two employ AES-256 encryption along with SHA-256 hash authentication. Also, they both use an RSA-4096 handshake.

What sets VPN Unlimited apart is that its protocol support is limited by platform. Also, it has its own protocol, which’s called i. That said, there’s no consensus yet as to whether it is safe to utilize. Because of that, we don’t recommend it.

To see if each service could protect me from leaks, I paired up with their servers in Singapore then ran tests using IPLeak.net. For starters, here’s a screenshot showing how NordVPN did:

And now, this is the result after I switched to VPN Unlimited:

I was glad to see that neither service failed to protect me from leaks. During my tests, both have proven they’re fully capable of maintaining my anonymity.

NordVPN and VPN Unlimited both maintain a strict zero-logging policy. Unfortunately, only the former has announced that it’ll soon transition to using RAM-based servers. That means it will soon be completely incapable of storing private subscriber information.

The winner of this category of our NordVPN vs VPN Unlimited battle is NordVPN. Why? It has support for all major protocols on every platform and has disclosed that it will soon upgrade its network to one that’s RAM-based.

Rumor has it that NordVPN and VPN Unlimited are both really fast. You shouldn’t be surprised about this. After all, both services don’t have a bandwidth cap. That said, here’s the result showing how NordVPN performed while I was paired to its Singapore server:

Now, here’s how VPN Unlimited’s server in the same location did:

Interestingly, my internet speeds became slightly better following my move to VPN Unlimited. As such, it’s the winner of this round of our VPN Unlimited vs NordVPN match.

Both services lack a fully enabled P2P network. Nevertheless, they’ve got a handful of servers that are suited for the job. Moreover, neither of them actively discourage torrenting activity.

To see if the two could protect when torrenting, I tested them out using IPLeak.net. Here’s the result showing how NordVPN and it’s Singapore server did:

As seen above, both services did great at safeguarding me from leaks when torrenting. For that reason, there’s no winner for this category.

NordVPN is renowned for being able to bypass just about any streaming service geoblock. In comparison, many say that VPN Unlimited isn’t the best choice for movie buffs. To know how each actually does, I decided to test each service out with Netflix.

This is how NordVPN did as I tried to watch Spotlight using its US server:

Here’s the outcome after I attempted to watch the same title using VPN Unlimited’s optimized streaming server in San Francisco:

Quite surprisingly, both VPNs did equally as well as each other. Therefore, I have no choice but to end this round of heated VPN Unlimited vs NordVPN match with a tie once again.

To see if the two fit the bill, I used each while playing Call of Duty Mobile. NordVPN, in particular, did very well. It didn’t cause me to experience frame drops and frame drops. Furthermore, the service allowed me to get into matches without hitches.

VPN Unlimited did almost just as well. Although things mostly went smoothly, there were issues with frame drops during the most hectic moments of my matches. Due to that, it’s the loser of this category of our VPN Unlimited vs NordVPN match.

A VPN service needs to be compatible with many devices. Otherwise, it won’t be able to keep its users protected on all the platforms they use. Luckily, the developers of VPN Unlimited and NordVPN understand this. Please refer to the table below to see what each is compatible with:

It may seem like the two stand equally in this category. However, the edge goes to NordVPN because it’s compatible with the Tor browser and has a Chromebook OS application. While its competitor has an Opera extension that it does not, it’s important to note that few people utilize the browser daily.

Besides having all-encompassing compatibility, a VPN service must allow for many same-time device connections. If not, a fewer number of people shall get to remain safe with one account.

In this regard, NordVPN takes the win since it allows a maximum of 6 simultaneous connections while VPN Unlimited only allows for 5. With the former service, you’ll arguably be getting better value for your money.

With 5000+ servers, NordVPN has one of the largest networks of any VPN. Meanwhile, the size of VPN Unlimited’s network is rather tiny in comparison. It operates a little more than 500 servers across the globe. Hence, it’s not the best choice for connectivity.

Few VPNs work in China because of its Great Firewall. Luckily, reports are consistent in saying that both NordVPN and VPN Unlimited function in the country. Still, you should note that downtime is possible when using either in the country.

NordVPN has apps that are user-friendly and light on memory. On them, you can easily pick a server from a list or world map. Also, it’s a breeze to head over to the settings menu or choose from locations that are P2P-enabled.

In contrast, VPN Unlimited’s apps are clunky and unresponsive. While they’ve got decently laid out interfaces, they’re really difficult to navigate. Therefore, I wouldn’t recommend people who aren’t tech-savvy to use them. If anything, they’ll only get a headache when doing so.

Because it has better applications that are easier to use, NordVPN takes the win in this category of our NordVPN vs VPN Unlimited match. Don’t get me wrong, though, as VPN Unlimited’s apps are not bad at all. They simply need refinement to reach their full potential.

Two exclusive features that NordVPN has are Double VPN and Onion Over VPN. The former lets you route your internet traffic through two servers to massively increase security. Meanwhile, the latter makes the service optimized for the Tor browser.

VPN Unlimited allows you to create a personal static IP address and VPN server for free. In addition to that, it gives you the option to use two-factor authentication when logging in.

Although both services have a handsome set of unique features, my winner for this category is none other than VPN Unlimited. Why? Its offerings are useful to more people.

VPN providers must have excellent customer service. If not, they run the risk of gaining a bad reputation. After all, a service that doesn’t take care of its subscribers is one that’s not worth having. Hence, this category is a very important one in our match.

Here’s what each VPN offers in regards to customer support:

NordVPN takes the win for this round because it has video tutorials. As a result, troubleshooting by yourself is easier. In most cases, there’ll be no need to contact customer service as you’ll be able to mitigate issues by yourself.

Please check out this table showing the different pricing schemes of each service:

VPN Unlimited stands out because it’s one of the few VPNs that offer a lifetime subscription. The service is also very affordable. Even those with the tightest of budgets are sure to find it within reach. Due to that, it’s the winner of this final category.

Is VPN Unlimited better than NordVPN?

No. While it’s undoubtedly an excellent VPN, it falls short versus NordVPN. Despite that, I’d still recommend it to anyone who’s looking for great value. After all, the service is way cheaper than its competitor and has lots of great things to offer. Among these include great customer support, lots of exclusive features, and fast connection speeds.