Does PureVPN Work With Netflix? 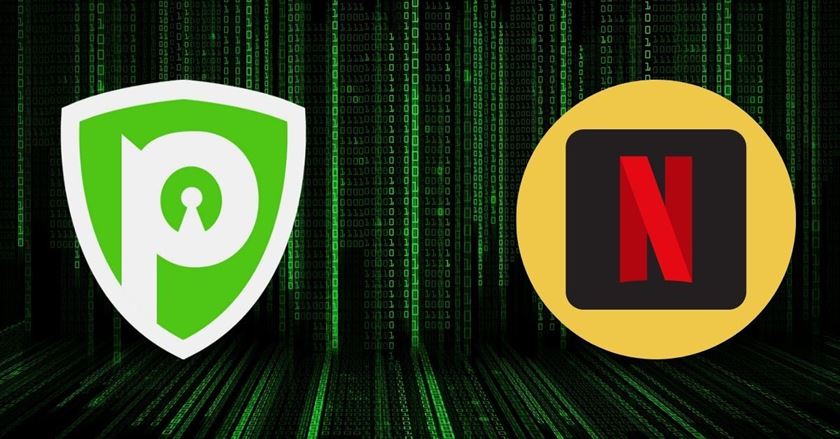 Yes. PureVPN is one of the best VPN providers to use with Netflix. Its unblocking and speed capabilities are almost impeccable. Additionally, the service has the second-largest server network of any VPN. That means it can grant you access to a lot more Netflix libraries.

Do we recommend PureVPN as a go-to for bypassing Netflix’s geoblocks? Absolutely. The VPN service provider certainly will not disappoint. Nevertheless, if it ever does, you’ll be glad to know there is a 30-day money-back guarantee policy in place that you can take readily advantage of.

PureVPN doesn’t explicitly list down what Netflix servers it can provide access to. However, in theory, all of its 6500+ locations can be used for streaming purposes. That means using the service, you shall be able to tap into a literal ocean of new content without issues.

The applications of PureVPN allow you to find servers using either a list or search bar. Besides that, they let you assign favorites for the sake of convenience. Finally, all the apps give you the option to pick from a list of recommended and recently-used locations.

Each country has its own unique version of Netflix. Some of these versions are far better than others because they’re home to more interesting content. Below are the top libraries that we think are worth browsing with the help of PureVPN:

Netflix first began in the USA. Due to that, it should not come as a surprise that the streaming platform’s library in the country is huge. When checking it out, you are guaranteed to come across a film, series, drama, fantasy, sitcom, or documentary that’ll pique your interest.

There are lots of PureVPN servers in the United States. My experience with them has been superb. Not once did Netflix detect that I was using a VPN. Additionally, my internet speeds didn’t drop in any significant manner. If anything, my ping and uploading speeds increased.

France’s local Netflix library is the best place to find content made in Europe. When browsing it, you’ll find German, French, Dutch, Spanish, Italian, and English shows and movies. That being said, don’t worry about language barriers as everything foreign has subtitles available.

The local version of Netflix in the UK is where to find the latest movies and seasons of shows produced in Britain. Of course, it’s also a good place to come across foreign content from non-English-speaking countries like India, Taiwan, Korea, Japan, and the Philippines.

PureVPN’s servers in London and Manchester make easy work of Netflix’s geoblocks. And yes, they perform consistently without drastically slowing down connection speeds. With that being said, for the best streaming results, pair to the server in London since it’s a tad bit faster.

Canada is a bilingual country that’s full of titles in both English and French. Since it also has a diverse immigrant population, you can expect to come across shows and movies from across the globe. On top of that, there’s a lot of classic Hollywood blockbusters to choose from.

A total of three PureVPN locations operate in Canada. While I have yet to try all of them, I can recommend the server in Vancouver. It consistently works around the geo-restrictions of Netflix and has speed capabilities that’ll meet the needs of most.

Netflix is very popular in Australia. Its local library there has a surprising amount of exclusive titles. Aside from that, it also plays host to a lot of mainstream movies. More importantly, the library has more than enough Asian-language subtitled shows, movies, and documentaries.

Since they’re all rather near my current location, all of PureVPN’s servers in Australia managed to not hinder my internet connection. Each one also made easy work of Netflix’s restrictions.

If you’re a fan of anime or anything related, Netflix Japan is the library for you. When browsing there, you shall come across a plethora of subtitled or dubbed local content that’s unavailable elsewhere. Quite interestingly, there’s a plethora of English stuff to choose from too.

Sad to say, there’s only a single PureVPN server in Japan. On the bright side, it’s fully capable of granting you access to Netflix. Additionally, it’s very fast and shall suffice for all your needs.

Below are a few other countries with interesting Netflix libraries that PureVPN can unblock:

I’m glad to say that PureVPN’s servers in all these locations are great performers. They seldom fail to grant you access to Netflix. And yes, they don’t slow down internet connection speeds enough to cause you to have loading problems as well as a negative viewing experience.

How To Use PureVPN With Netflix

It’s very easy to use PureVPN with Netflix. The entire process can be done even by those who aren’t tech-savvy. Simply follow these steps and you’ll be freely streaming in no time:

For starters, create a PureVPN user account then purchase a subscription. Once that’s done, go ahead and download the service provider’s app for your device on its website. Installation should be rather quick and easy since it’s automatic on all mainstream operating systems.

All of PureVPN’s applications are user-friendly and light on memory. As a result, anyone can use them without needing the assistance of customer service representatives.

As mentioned earlier, PureVPN has the second-largest server network of any VPN. Thus, the amount of choice that it gives you when it comes to connectivity is almost endless. If anything, this is great for subscribers because a larger VPN provider is less likely to become overloaded.

Pick a server located in the country that has a version of Netflix you wish to unblock. Apart from that, consider the fact that geographically closer servers are more likely to have a lesser impact on your internet connection speeds. In fact, the nearer the server, the better it is for streaming.

Upon choosing and connecting to a server, you can finally open Netflix. You should know if your attempt to bypass the streaming platform was successful if you’re greeted with a different homepage. Be sure to explore the library you’ve accessed before anything else.

The final step is to start watching the title you have chosen.

Remember to not disconnect from PureVPN’s servers as long as Netflix is on. By doing this, you’ll get to avoid having the streaming platform detect that you’re using a VPN.

PureVPN isn’t a perfect VPN service that’s immune to Netflix’s restrictions. In some instances, it gets detected by the streaming platform and blocked. When this happens, there are some methods you could employ to remedy the situation and continue watching freely.

The first thing you can do is switch to another VPN server within the same country. Doing this works 99% of the time. However, in case it doesn’t, you can try updating PureVPN’s app on your device. Finally, you may also see if what you’re trying to watch is available elsewhere.

Does PureVPN Work With Netflix?

Yes. PureVPN works very well with Netflix and can serve as your go-to for working around the streaming platforms geoblocks. It boasts a massive server network and has decent speed capabilities. On top of that, the service has user-friendly apps that anyone could enjoy.

My team wholeheartedly recommends PureVPN. Considering its price, it is a great option as many competitors are pricier but don’t deliver the same level of performance.