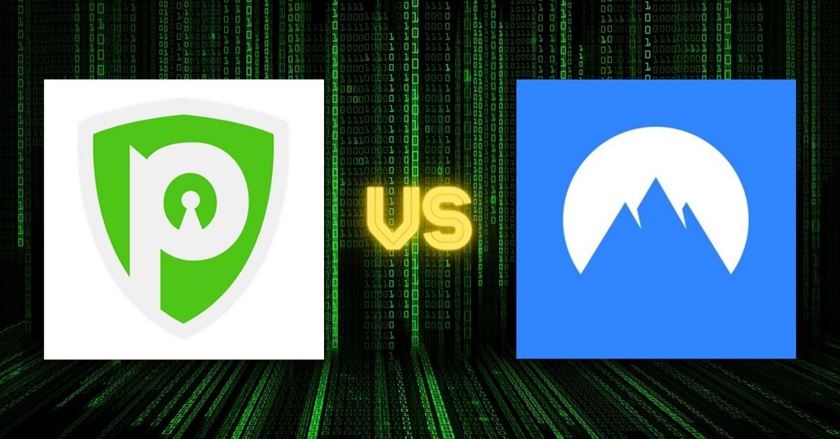 NordVPN and PureVPN are often compared with one another. This should not be surprising though since they are two of the best VPN services right now. With that said, the consensus among experts is that NordVPN is better. To know why, we must dig deeper.

Let’s begin with a side by side comparison of everything each VPN has to offer:

The two have a plethora of similarities. At the same time, many things set them apart. Hence, it is only right that we discuss all their quirks and features to properly determine what’s best for you to use. We’ll begin by talking about their privacy and security capabilities.

Although these two locations can’t be more different, they’ve got one key thing in common. They don’t fall under the jurisdictions of the Five, Nine, and Fourteen Eyes Alliances. As such, no privacy and copyright laws hinder both VPN services from operating at full capacity.

As expected, NordVPN and PureVPN use military-grade AES 256-bit encryption. One difference is that the former service also employs SHA-256 hash authentication along with an RSA-4096 handshake. Currently, what PureVPN uses as equivalents have not been disclosed yet.

Like the majority of VPNs, the two maintain support for OpenVPN (UDP & TCP) and IPSec (LT2P & IKEv2).

What sets them apart is that NordVPN lets you use a proprietary version of WireGuard called NordLynx. Meanwhile, PureVPN allows you to toggle PPTP as well as SSTP.

Absolute leak protection is something the two services say they provide. To see if they’re true to their claims, I tested them using IPLeak.net. Here is how NordVPN and its server in SG did:

Now this is how things changed after I moved to PureVPN and its Japanese server:

I was glad to see that my real IP address was successfully hidden by both VPNs. Starting now, it’s finally possible for me to recommend them to anyone whose goal is to remain completely anonymous whenever they access and browse the internet.

NordVPN and PureVPN have firm zero-logging policies that stop them from tracking, collecting, and storing your private data on their networks. Sad to say, neither service has RAM-based servers that aren’t capable of storing personal user information.

The two VPNs are very safe to use. However, the winner of this first round of our PureVPN vs NordVPN match is NordVPN. Why so? Because it supports WireGuard as NordLynx, which is arguably the newest and most secure VPN protocol that’s available to utilize.

Speed is something that NordVPN is famed for. Many experts argue that it’s the fastest VPN in today’s market. Regardless of what VPN server you’re paired to, it’s said that you’ll have a seamless experience browsing, gaming, streaming, and downloading using the VPN provider.

PureVPN also has great feedback when it comes to its speed capabilities. While it’s said to not be as fast as competitors like NordVPN or Surfshark, it can still hold its own. Reviews from people all over, state that there’ll be no problems doing everyday tasks with it.

Of course, it was necessary to know which of the two were faster. To do this, I conducted speed tests using each VPN service. Here is a screenshot showing my internet speeds after I paired to NordVPN’s server in Singapore:

This is the result after I switched to PureVPN and its server in Japan:

I was quite surprised by the results. The zero bandwidth cap of both VPNs really helps maintain my uploading and downloading speeds. Nevertheless, using both providers, my ping took a moderate hit. With that said, since the two did similarly, I’m ending this round with a tie.

PureVPN and NordVPN lack fully enabled P2P networks. Despite that, both may still be utilized for downloading content via torrents. The reason why is because they automatically detect torrenting activity then connect you to the best server based on your location.

If you’re wondering, the two services are both compatible with all popular mainstream torrenting clients. You may use them alongside Vuze, qBittorrent, Deluge, uTorrent, and BitTorrent.

Having the means to facilitate the safe downloading of torrents is not enough. A VPN provider must also not leak information when it's used for torrenting. Hence, I had to see if both clients were up to the task. Below is a screenshot showing how NordVPN and its Singapore did after being subjected to a torrenting leak test:

And here’s the result after I tested PureVPN and it’s Japanese server:

The results of my torrent leak tests were pleasing. None of the two services failed at hiding my legitimate IP address. Hence, I can now declare that both are good options for anyone that frequently downloads via torrent. That said, the winner of this round of our NordVPN vs PureVPN is PureVPN simply because it has more P2P servers than its rival.

Many people download VPNs solely to bypass the geoblocks imposed by well-known streaming services like Netflix, Hulu, Amazon Prime, Disney+, and BBC iPlayer. Because of that, this round of our NordVPN vs PureVPN is a very important one for a large demographic.

The two services are known to make easy work of the restrictions put in place by every major streaming website. In addition, they are also said to not cause issues with quality or buffering.

When it comes to popularity, no other streaming platform surpasses Netflix. As such, it was only right that I used it to test out the streaming capabilities of both VPNs. Below is the result following my attempt to watch Spotlight on NordVPN’s server in the US.

Now, here’s how PureVPN and its NY server fared when I tried to access the same movie:

I had zero issues with either service provider when it came to gaining access to the movie that I wanted to watch. My viewing experience was also great since there were no buffering or quality issues. Everything went seamlessly while using both VPNs.

Since none of the two caused any problems, I’m finishing yet another round of our NordVPN vs PureVPN match with a tie. Using either, I can guarantee that you’ll have a great time streaming.

I played video games on my consoles, smartphone, and desktop to see if the two were good VPN solutions for gamers like myself. The results were just as I expected them to be.

NordVPN didn’t cause me to have delays when jumping into my matches. Also, it was able to keep me protected without bringing forth drops in FPS and lagging. On top of that, it gave me the chance to tap into foreign gaming servers that would otherwise be inaccessible.

My experience with PureVPN was also great. Like its competitor, it allowed me to get into my matches quickly and access restricted foreign game servers. However, the service did cause me to suffer from sporadic periods of lags. Moreover, it infrequently brought my FPS down.

Compatibility is very important. Without it, a VPN would not be capable of providing all-around protection to its subscribers. Thankfully, the developers of NordVPN and PureVPN know this and have made their VPNs compatible with a myriad of browsers and operating systems.

Refer to the table below to know what each VPN works on:

As seen above, both services are compatible with a wide range of web browsers and operating systems. Needless to say, NordVPN has the edge because it maintains a Chromebook OS app while its competitor doesn’t. That means users of that platform shall not get left out.

A VPN that allows for more simultaneous connections provides greater value for money. How come? It’s capable of keeping more people safeguarded with a single account.

A service with a larger network is less prone to getting overloaded. Furthermore, it is better at keeping its users completely anonymous. Therefore, it’s safe to say that a VPN that has more server locations is better than a VPN that doesn’t.

NordVPN operates more than 5000 servers while PureVPN operates 6500+. If anything, the networks of both VPNs are decently-sized and more than enough to provide the connectivity you need. That said, since it has a greater number of servers, PureVPN is this round’s victor.

The Great Firewall of China is a challenge that few VPNs can overcome. Luckily, both NordVPN and PureVPN can successfully bypass it. However, you should know that our testers in China have all reported that PureVPN periodically suffers from periods of downtime.

NordVPN has one of the best sets of VPN applications. Besides looking good, they’re also very easy to use and configure. What I like the most about them is that they give you the option to select a server from either a world map or list. This makes the whole process super easy.

The apps of PureVPN are easy on the eyes. Sadly, they’re rather difficult to use because of their complicated interfaces. Moreover, they are also quite unresponsive and clunky, making them not the best option for people that aren’t versed with technology or have little patience.

With a couple of updates, I’m sure that PureVPN’s apps will be excellent. But, at present, the applications of NordVPN are simply better. Thus, it’s the winner of this round.

The only free exclusive feature of PureVPN is called Secure Wi-Fi. It’s basically a security measure that keeps you safe when you’re accessing public hotspots.

PureVPN has three paid add-on features. DDoS protection and port forwarding add a whole new layer of protection to your VPN experience. Apart from that, dedicated IP allows you to establish a personal IP address to prevent others from finding out your real location.

All the exclusive features that NordVPN offers are free. The first one is Onion Over VPN, which makes the service very optimized for the Tor browser. Meanwhile, the second is called Double VPN. Using it, you’ll get to route your web traffic through two servers to increase anonymity.

Even most of PureVPN’s unique offerings have to be paid for, the service still takes the win for this round. Why so? Because its exclusive features are useful to more types of users.

Here’s everything PureVPN and NordVPN offer when it comes to customer support:

As seen above, NordVPN has video tutorials available for easy troubleshooting while PureVPN boasts an average faster response time. Since most users would prefer to resolve any issues they encounter on their own, I’m declaring NordVPN as the winner of this category.

Below is a table showing what each service charges for a VPN subscription:

The prices of PureVPN are slightly cheaper than NordVPN’s. Apart from that, the service also has a superior money-back guarantee and an almost free trial offer. For that reason, it is the winner of this final round of our PureVPN vs NordVPN battle.

Is PureVPN better than NordVPN?

No. NordVPN is superior to PureVPN because it has better security, wider compatibility, and more capable customer support. In addition, the service has applications for many platforms that just about anyone would appreciate because of their user-friendliness.

Don’t think that PureVPN is a bad service. In many ways, it’s actually better than almost 99% of competing VPNs out there. Sad to say, it simply doesn’t have what it takes to beat NordVPN.