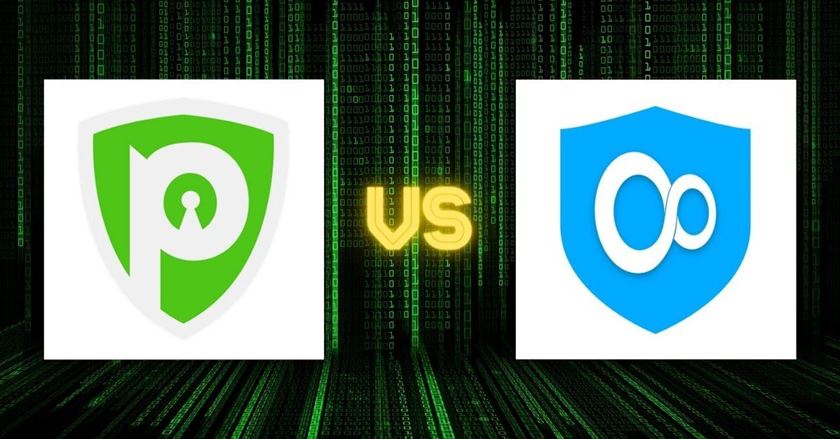 PureVPN is a leader in the industry. It’s used every day by millions around the world. Often, it’s compared to VPN Unlimited, which is yet another well-known service. They're two of the best VPN services right now. But experts are nearly unanimous in saying that the PureVPN is superior. Read further to know why.

Let’s start by comparing each VPN side by side:

Many things set the two apart. Because of that, it’s essential to review everything both have to offer to properly discern what’s most equipped to suit your needs. To start things off, we’ll discuss privacy and security, which are two things all good VPNs must provide.

Keepsolid VPN Unlimited is headquartered in the United States. As a result, it falls under the jurisdiction of the Five Eyes Alliance. The service must follow restrictive privacy and copyright laws that prevent it from operating without limitations.

In comparison, PureVPN isn’t hindered by any laws. It’s based in Hong Kong where none of the world’s surveillance alliances have any jurisdiction or influence.

Like other top-tier services, both support OpenVPN (UDP & TCP) and IPSec (LT2P & IKEv2).

In addition, PureVPN lets you toggle PPTP and SSTP. Meanwhile, its competitor allows you to use a proprietary protocol called KeepSolid Wise and WireGuard on selected platforms.

Here’s the result of a leak test I ran on VPN Unlimited and its Singapore server:

This is the result after I did the same test on PureVPN and its server in Japan:

Fortunately, the two successfully hid my IP address. In doing so, they’ve proven they can be depended upon to maintain my privacy by keeping me completely anonymous.

PureVPN and VPN Unlimited don’t have RAM-based servers that prevent them from storing user information. On the bright side, they’ve got firm no-logging policies that keep each from disclosing your private data to the authorities or anyone else who requests it.

The winner of this round of our PureVPN vs VPN Unlimited match is PureVPN. The reason why is because it’s based in Hong Kong which is a VPN-friendly territory. Besides that, the service has a larger server network which we’ll talk more about later in this article.

Below is a screenshot of a speed test I ran while paired to VPN Unlimited’s server in SG:

And this is how my connection changed after moving to PureVPN and its Japanese server:

The difference between the two’s speed capabilities is drastic. After switching to PureVPN, my internet connection improved significantly. Due to that, it’s the winner for this round.

PureVPN and VPN Unlimited allow for torrenting activity on their networks. Both have optimized P2P servers that you can pair to. In addition, they’re also fully compatible with popular torrent clients such as Deluge, Bitport.io, Vuze, qBittorrent, uTorrent, and BitTorrent.

Below shows how VPN Unlimited’s SG server did after I tested it for torrenting leaks:

In comparison, here’s how PureVPN and its Japanese server performed:

While both didn’t fail my tests, the winner of this round of our Keepsolid VPN Unlimited vs PureVPN match is PureVPN. I chose it because it has more P2P servers. Also, it’s quicker, meaning that individuals who download using it shall finish much faster.

Countless reports state that PureVPN and VPN Unlimited can both work around the restrictions of all major streaming platforms without breaking a sweat. This makes either suitable for people who use VPNs solely to increase the amount of content they have access to.

I tested the streaming abilities of the two services using Netflix. Below is a screenshot showing how VPN Unlimited’s server in California did after I tried to watch Spotlight.

And this is how PureVPN along with its New York server fared:

The two VPN services were able to grant me access to my preferred title. One key thing setting them apart is that PureVPN gave me a much better viewing experience. Using it, there were no problems with quality or buffering. Thus, it’s the winner for this category.

At first glance, Keepsolid VPN Unlimited and PureVPN both seem like superb VPN solutions for gamers. However, I’ve found that only the former can meet my needs. Unlike its competitor, it didn’t introduce lag or frame drops to any of my Call of Duty Mobile matches.

Refer to the table below to know what each of the VPN services works on:

VPN Unlimited has better compatibility since it has browser extensions for Microsoft Edge along with Opera. Hence, it’s the winner of this round of our VPN Unlimited vs PureVPN battle.

PureVPN lets you connect up to 10 devices simultaneously under one account. In comparison, its rival only allows you to pair a maximum of 5 per subscription.

Our testers in China have found success with VPN Unlimited and PureVPN. Using either, it was easy to bypass the Great Firewall and access the global internet. However, you should know that only PureVPN was able to perform with decent consistency.

VPN Unlimited’s developers have made the apps of their service quite unresponsive and difficult to navigate. Moreover, they didn’t prioritize looks since all of these applications look outdated and straight from the 1990s.

Sad to say, PureVPN’s native apps also lack refinement and, as a result, have a clunky feel to them. Additionally, they’re rather tricky to get around, especially for anyone who does not have much patience. Needless to say, they are much better than anything that VPN Unlimited offers.

VPN Unlimited lets you establish a personal virtual private network server and IP address. It also gives you the option to utilize two-factor authentication when logging in.

PureVPN has something called Secure Wi-Fi, which keeps you safeguarded when you connect to a public hotspot. Furthermore, it also has three paid add-on features. The first one lets you create an IP address. Meanwhile, the other two provide another layer of security via port forwarding and DDoS protection.

Since all its special features are free, the winner of this round of our VPN Unlimited vs PureVPN match is VPN Unlimited.

Refer to the table below to know what each VPN service offers in regards to customer service:

As you can see, the two both don’t have phone support and video tutorials. In addition, they’ve got identical average response times. Hence, I’m ending this round of our PureVPN vs VPN Unlimited match with a tie.

Here’s how much both VPN providers charge for a subscription plan:

PureVPN has a better money-back guarantee policy than its rival. However, the service doesn’t offer a lifetime subscription. Also, its monthly and annual fees are much more expensive. Due to that, it’s the loser of this final round of our match between the two.

Is PureVPN better than VPN Unlimited?

Yes. PureVPN is superior to VPN Unlimited in almost every regard. It has more servers, better security, and is faster. Furthermore, the service can bypass geoblocks and Chinese censorship measures more consistently. Lastly, it has better native applications.