Does Surfshark Work With Netflix? 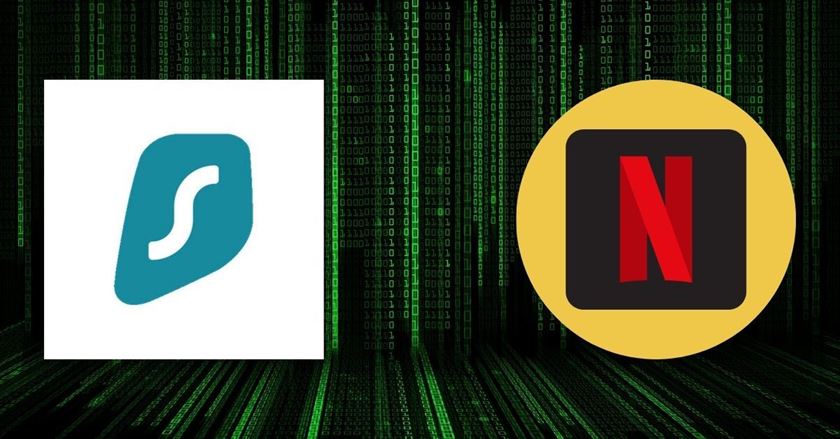 Yes. Surfshark works very well with Netflix. As expected from a top-tier VPN, it doesn’t break a sweat when bypassing geo-restrictions. Furthermore, the service provider has excellent speed capabilities as well as a decently-sized large server network. In addition, it allows for unlimited simultaneous device connections under one user subscription.

I highly recommend that you get Surfshark if you want to use a VPN to unblock Netflix. Besides being more than capable for the job, it also provides great value for money. Of course, there are more reasons why the service is a great choice for Netflix. To know them all, continue reading.

Surfshark does not disclose which of its servers can unblock Netflix. Fortunately, you won’t have to play a guessing game to see what works and what doesn’t. That’s because most of Surfshark’s locations are fully capable of working through Netflix’s blocks.

The native apps of Surfshark let you choose a server using a list or search bar. Besides that, they also give you the option to assign favorites. As a result, connecting to your preferred servers is super easy and beyond convenient.

Every localized version of Netflix is unique. Hence, it’s only natural that some libraries have a lot more to offer than others. Below are countries with very interesting versions of Netflix that Surfshark can provide you with easy access to:

Netflix USA is where to go if you are in search of the latest blockbusters and shows. It’s also a great place to discover foreign-language content. If anything, this shouldn’t come as a surprise given the extremely diverse population of the United States.

There are more than a dozen Surfshark servers in the USA. Each one can theoretically bypass the restrictions of Netflix. As such, users that want to bypass the streaming platform may do so reliably without being restricted by the network size of their VPN service provider.

France’s local Netflix is a gem for anyone that’s in search of obscure cinematic treasures. It’s the perfect library to look for subtitled or dubbed French-language movies. With that said, I’m certain you’ll be glad to know that there’s also a lot of English content to choose from.

Surfshark operates three servers in France. After testing each one, I can confirm that all of them are good for unblocking Netflix. They’re dependable and fast enough to facilitate a superb viewing experience that’s free from pesky buffering, quality, and loading issues.

Netflix UK is arguably the best place to watch shows. The reason why is because it’s where the new seasons of hits like Peaky Blinders, The Crown, and Sex Education first premiere. For those wondering, that’s because all of these hit shows were produced locally.

Like its nearest continental neighbor, the UK has three Surfshark servers. Based on experience, I can safely say each of these locations is good for unlocking local Netflix. As expected, they also aren’t slow. When using them, you’ll definitely not feel a drop in your web connection.

Canada’s local Netflix library is the favorite of many for good reason. It’s packed with a myriad of shows and movies. When browsing, you’ll come across everything from classic Hollywood movies to indie French films. Quite interestingly, there’s also a lot of Asian stuff to discover.

You may connect to a total of three locations in Canada when using Surfshark. I have nothing but praise for all of these servers. During my tests, all of them succeeded in letting me access the local Netflix library. Also, none caused my connection to go down south.

The library of Netflix in Australia is home to a surprising amount of exclusive content. As you’d expect, it’s also filled with dramas, sitcoms, documentaries, indie films, and blockbusters. The number of those that are in foreign languages is quite impressive.

Surfshark maintains five servers in Australia. Through testing, I’ve found out they’re proficient at working around Netflix’s restrictions. Interestingly, their speed capabilities vary somewhat slightly between each other. Thus, try every server to see what’s best for you.

Japan’s localized Netflix is one of the world’s most unique. It’s loaded with anime, local dramas, exclusives, and movies. Moreover, there’s a lot of western content too. And if you’re worried about the language barrier, don’t be as there are English subtitles for almost everything.

Here are a few other places with interesting Netflix libraries that you can access using Surfshark:

Surfshark’s performance in each of these countries varies. Needless to say, the VPN provider always reliably unlocks their versions of Netflix. Also, its servers will suffice for all your streaming needs. In other words, they won’t cause your connection to drop.

How To Use Surfshark With Netflix

Using Surfshark or any other VPN with Netflix is beyond easy. Even people who are not techy such as children and the elderly can get the hang of it. To do it, just follow these simple steps:

Before anything else, create a Surfshark account and purchase a subscription. Following that, download the VPN provider’s application for your device on its website. There’s no need to be worried about compatibility as Surfshark has a native app for every major OS.

When it’s finally downloaded onto your device, Surfshark’s app should install automatically. On desktop systems, there’s an option for manual installation. If you choose the hands-on approach, don’t worry as the entire setup process is an absolute breeze.

The next step is to open Surfshark’s app then select a server. Remember to choose one that’s in the country that has a Netflix library you wish to unlock. Furthermore, be sure to pair with a server that’s close to home. Doing this decreases the chance of you having a bad connection.

When you’ve finally selected and connected to a Surfshark VPN server, go and open Netflix.

You should be greeted with a different homepage as you’re browsing a different library. I highly suggest that you browse and see what’s new and unavailable where you’re located. Only after doing this would it be right to finally select a title.

Once you’ve finally settled on something to watch, start playing it. While connected to Surfshark and its server, nothing should prevent you from viewing otherwise inaccessible content. In fact, the only thing that might hamper your viewing experience is an interrupted internet connection.

Despite everything going for it, Surfshark is not a perfect VPN. Quite rarely, its servers become unable to bypass Netflix’s blocks. Why? There are several reasons that I won’t discuss in detail in this article. What’s important is that workarounds that’ll allow you to continue viewing content that’s restricted exist.

The first thing you could do if Netflix detects that you’re using a VPN is to connect with another server. If that doesn’t work, try updating Surfshark’s app on your device. One other thing you could do is research to see if the content you plan on watching is available elsewhere.

Does Surfshark Work With Netflix?

Yes. Surfshark is a great VPN for unlocking foreign Netflix libraries. It’s dependable, consistent, and fast. Moreover, it has very user-friendly apps and allows for unlimited simultaneous device connections. That means the service provides incredible value for money and is a great choice for those who’ve got tight budgets.

The decision of whether to recommend Surfshark for Netflix is a no-brainer. After all, all but a few competitors could match up to it. When using it, being able to access a plethora of new content on Netflix is beyond easy.