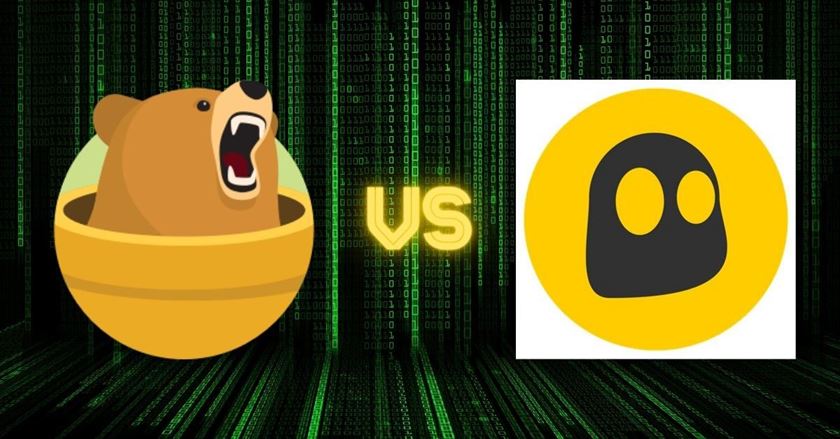 CyberGhost is a good choice if you’re planning to subscribe to a VPN provider. It has great privacy and security policies and features and will soon upgrade into RAM-only servers. TunnelBear is also a decent pick, performing better when it comes to HD video streaming.

Both of them have good points, but CyberGhost tops TunnelBear in most categories.

Here’s an overview of each VPN provider’s features.

Now that we got a feel of their features, it’s time to break down the categories one by one. Along the way, maybe you can find the VPN service that’s more suitable for you.

TunnelBear is based in Canada. This country is a member of the Five Eyes (Canada, USA, UK, Australia, and New Zealand). Members of this organization share their citizens’ online activity for the sake of national security. Still, this VPN service does not have any data breaching or data logging reports. Both of them have a strict no-logging policy.

On the other hand, CyberGhost falls under the jurisdiction of Romania. This country doesn’t have any data retention policies as of writing.

Both of these VPN providers offer an ad blocker and a kill switch.

TunnelBear offers OpenVPN protocol and IPSec/IKEv2 (Windows and iOs only) for VPN protocols. CyberGhost ups its game as it has OpenVPN UDP, OpenVPN TCP, IPSec/IKEv2, IPSec/L2TP, and WireGuard. You can choose among these protocols depending on your operating system.

Before using TunnelBear or CyberGhost, this is what my IP address looked like:

When I turned on CyberGhost on its Hong Kong server, these became my results:

Meanwhile, here is what I got when I turned TunnelBear on its Singapore server:

Both of the VPN providers have successfully hidden my IP address. They both guarantee IP leak protection.

A VPN with a RAM-only server will provide you more security. Once you reboot your device, this type of server is incapable of saving all your data.. Unfortunately, both CyberGhost and TunnelBear do not offer RAM servers, but CyberGhost is aiming to upgrade into one.

TunnelBear, on the other hand, is yet to reveal if it is planning to have a RAM-based server.

In the category of privacy and security, CyberGhost tops TunnelBear. This VPN service is not within the jurisdiction of a Five Eyes country, has more VPN protocols, and has plans to upgrade into RAM-based servers.

For this TunnelBear vs CyberGhost round of privacy and security, CyberGhost wins.

I’m quite satisfied with the speed of CyberGhost, in particular. I ran speed tests to compare them both. This was my internet connection speed before turning on any VPN:

When I turned on CyberGhost, nothing much changed about my speed. These are my results upon connecting to Hong Kong and US servers:

This is my speed test result when I connected to TunnelBear’s Singapore and USA servers:

From the speed test results, I can conclude that CyberGhost is faster than TunnelBear.

Both of the VPN providers support torrenting and file-sharing in all of their servers. For TunnelBear, to avoid any issues, the VPN recommends Canada and US servers and European servers like Romania, Netherlands, UK, Sweden, and Germany.

CyberGhost, on the other hand, also supports torrenting and boasts of its optimized P2P servers on desktop apps.

These are my addresses before using TunnelBear or CyberGhost:

When I connected to CyberGhost’s Hong Kong and US servers, these became my addresses.

Meanwhile, here’s what TunnelBear did to torrent and IP addresses when I connected to its Singapore and US servers.

Both provided DNS leak protection and hid my addresses, but for this round, I’d rather choose a VPN service with optimized P2P servers. This round goes to CyberGhost.

Unblocking streaming services is one of the main reasons why I use VPNs. As for TunnelBear, it lets you access Netflix, Hulu, Amazon Prime Video, and HBO Max, and install it on Kodi.

CyberGhost can help VPN users access other content libraries of Netflix, Amazon Prime, and BBC iPlayer. You can also use it on Firestick, Roku, Apple TV, and Android TV.

It came as a surprise to me that TunnelBear gave a better HD video streaming experience on Netflix. Since CyberGhost appeared faster than TunnelBear, I was expecting that it would perform better than the latter.

Here is what I experienced when I connected to CyberGhost’s US server while watching Spotlight:

It also took a while before I could navigate Netflix smoothly while I was connected to CyberGhost. I did a couple of tries before I could finally connect to the streaming platform.

Meanwhile, here is my Netflix experience when I used TunnelBear:

As you can see, it has HD resolution and I was able to use it more smoothly than its rival VPN service.

Although CyberGhost provides more choices when it comes to streaming, my vote goes to TunnelBear as it works better for the popular streaming platform Netflix.

CyberGhost offers gaming compatibility with Windows, iOS, and Android. You can also use it on Xbox One, PS4, and Nintendo Switch via DNS or Router.

TunnelBear, on the other hand, is also compatible with the mentioned operating systems, but with the absence of gaming systems.

I tried playing Mobile Legends and here’s what it looked like when I connected to the US server of CyberGhost:

Here’s what it looked like when I connected to TunnelBear’s counterpart server:

I experienced some delays while playing for both of the VPN services. Still, I’ll go with CyberGhost for gaming since you can use it on gaming systems.

You can use CyberGhost with more devices than its rival VPN service. It can be used on Windows, macOS, Android, iOS, Linux. It also has browser extensions for Chrome and Firefox, and Tor, plus you can install it on selected routers.

TunnelBear is also compatible with the mentioned OS and also offers browser extensions. However, you cannot install it on routers.

Here’s a table of each one’s compatibility:

It’s obvious that CyberGhost is compatible with more devices, platforms, and systems than TunnelBear. I’ll give my vote to CyberGhost in this round of our CyberGhost vs TunnelBear match.

Numbers are important. If you’re going to choose a VPN, it’s better to pick one that lets you connect multiple devices—browsers, laptops, mobile devices, and the like. You can use CyberGhost on seven simultaneous connections while TunnelBear allows you to connect on five devices at most.

A VPN with more servers is a better option. CyberGhost has over 6000 servers in 88 countries all around the globe.

Its rival has around 3000 servers in 40 countries. In 2020, it removed its Hong Kong server to protect its users. This is in line with the Chinese government implementing a security law concerning online safety. It advised its customers to use Japan or Singapore servers instead.

For this category, I’ll go with a VPN service with more servers. This round goes to CyberGhost.

Having a VPN provider that can bypass China’s firewall is one great selling point. For CyberGhost vs TunnelBear, neither of these VPN services can do so. CyberGhost never claimed to go around China’s restrictive firewall.

TunnelBear, on the other hand, mentions it has some users in that region. However, they cannot guarantee the connection in all areas of the country.

Since both of them didn’t directly claim that they can bypass China’s firewall, I’ll call this round a tie.

CyberGhost has a useful display. You can expand its window where you can find different categories. You can either choose to view all of its servers, for downloading, and for streaming. It suggests servers that are best for streaming on different platforms. It is also easy to navigate.

Meanwhile, TunnelBear has an adorable interface. It adheres to its bear theme. It features tunnels where the bear can tunnel through. However, if you’re using a laptop, a Macbook in particular, the interface is small and it doesn’t expand. It would be better if the user can expand the window for better navigation.

For this round, I’ll have to choose CyberGhost.

CyberGhost has a secret photo vault for iOS and data compression for Android. It also has paid add-on features like a dedicated IP address and password managers. TunnelBear, on the other hand, has GhostBear, which acts as an obfuscated server. You can turn it off if you don’t find the need to use it. Turning it on may slow down your Internet speed.

Cyberghost offers more additional features than TunnelBear. So this category goes to CyberGhost.

Between these two VPN providers, CyberGhost has a live chat feature, something that TunnelBear lacks. But if you look at the response time, TunnelBear responds faster than CyberGhost, even if it’s only through email. It also provides articles from its articles that may initially answer the inquiry.

Here is a customer support comparison chart for CyberGhost and TunnelBear:

Even though TunnelBear responds faster, I still prefer a VPN service with live chat support, and that is CyberGhost.

Here is the price comparison for CyberGhost and TunnelBear:

CyberGhost offers a cheaper price if you choose an annual subscription or longer terms. However, only TunnelBear offers a free tier for those who are undecided to get a premium service. In terms of offers, both of them have different strong points. Still, only CyberGhost has a concrete money-back guarantee. This round is in favor of CyberGhost.

Which one is better: CyberGhost or TunnelBear?

CyberGhost is an obvious winner as it wins more categories than TunnelBear. It has a good reputation when it comes to privacy and security, is compatible with more devices, and has more servers compared to its competitor.

However, TunnelBear also has its good points. It offers a free subscription to its customers. And if you want a good streaming experience, it performs better than CyberGhost in this aspect.