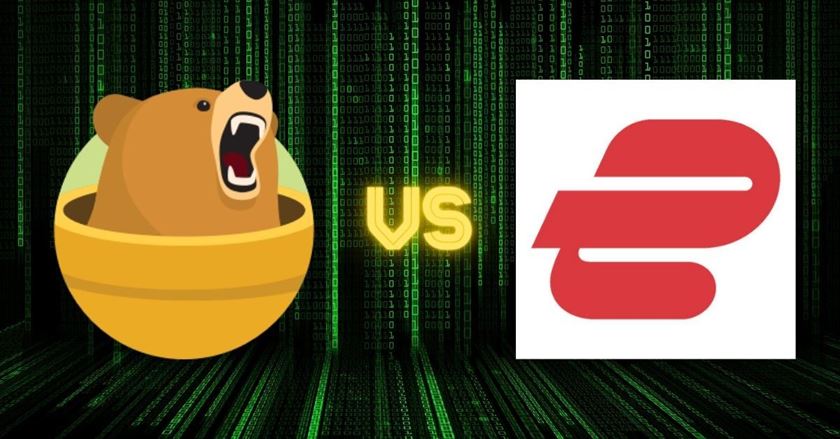 ExpressVPN and TunnelBear can satisfy your needs as a VPN user. But in this battle, ExpressVPN has proven it is one of the best VPN providers. It is fast and reliable, has RAM servers, and can bypass China’s highly restrictive firewall.

Check out this table to know the offers of the two VPN providers:

Now that we’ve got their features settled, let us dig deeper into each of the service’s categories.

ExpressVPN is under the British Virgin Islands. This region does not have any data retention laws that hinder its freedom to operate. With this, VPN users can feel more safe and secure with their data.

TunnelBear also assures its users’ online safety, but we can’t ignore the fact that it operates under Canada, one of the Five Eyes nations. Such countries have an agreement among themselves of sharing online information for national security. It does not hurt if you become skeptical about VPNs operating in these countries.

In terms of encryption, ExpressVPN has SHA-212 Hash Authentication, AES-256, and 4096-bit RSA Key Exchange. TunnelBear is a little bit behind in this area as it only declares to have AES 256-bit encryption.

Of course, it’s important to note that your VPN service can protect you from IP leaks. So I tested out ExpressVPN and TunnelBear.

This is was my IP address before using ExpressVPN or TunnelBear:

When I connected to ExpressVPN’s Singapore server, this became my IP address:

TunnelBear also hid my true IP identity when I connected to its Singapore server:

Both VPN services protected my IP address from leaks.

When choosing a VPN, a service with a RAM-disk server is one of the best options. As RAM disks delete all data once you turn off your gadget or disconnect from the server, it provides more privacy and security. Lucky for us, ExpressVPN already has RAM-disk servers, making VPN users more secure.

TunnelBear is at a disadvantage here as it doesn’t have RAM servers and does not disclose any plans if they will upgrade to one soon.

Both of the VPN providers have zero-logging policies and assure their customers’ security. But since ExpressVPN has more VPN protocols, has a RAM-disk server, and operates in a none-Five Eyes jurisdiction. ExpressVPN gains more plus points for that.

For this TunnelBear vs ExpressVPN round on privacy and security, ExpressVPN wins.

ExpressVPN is known for its fast performance, and it did not disappoint. But I’m quite surprised when I tested TunnelBear. It is far behind its competitor.

When I conducted a speed test before using any VPN service, here is my Internet speed:

When I chose ExpressVPN’s Singapore server location, my ping stats and download speed did not have much difference.

Although the difference was not that big, it was obvious that ExpressVPN has faster Internet speed than TunnelBear.

ExpressVPN claims to allow file sharing on all of its servers. TunnelBear also says it allows torrenting and P2P, but has a few recommended ones just in case you encounter glitches. These are the US, Canada, Germany, Netherlands, and the UK servers.

I’ve conducted a leak test on both VPNs.

I took note of my actual IP address first:

This is what appeared when I linked to the Singapore server of ExpressVPN:

When I tested out TunnelBear, this is what came out:

Both of them protected my actual online identity from leaks. But since ExpressVPN is faster and has all of its servers optimized for P2P, it wins the Torrenting and P2P category of our ExpressVPN vs Tunnelbear comparison.

ExpressVPN gives you an array of options for streaming. You can access different libraries of streaming services like Hulu, BBC iPlayer, Amazon Prime Video, and of course, Netflix. Plus, it can operate on Firestick, Roku, Android TV, Kodi, and Apple TV.

TunnelBear also lets you access content libraries of popular streaming platforms, but you can’t install it on devices.

I would prefer VPNs that could access foreign content on Netflix and give me a great viewing experience.

I also watched the same movie, but this time using TunnelBear’s US server.

Each of the two VPN providers gave me a great performance when streaming HD video on Netflix. I would recommend both of them in terms of streaming.

Although they both gave me a great experience, I would still give my vote to ExpressVPN. It is more compatible with more streaming services and devices.

You can use ExpressVPN on several operating systems and gaming consoles. This includes Nintendo Switch, Xbox One, and PS4.

TunnelBear, while you can use it on different browsers and operating systems, it does not give you an option to use it on consoles.

I’ve played  Mobile Legends while using ExpressVPN and here’s a peek at how did I look like:

This was the display while I was using TunnelBear:

You can use both VPN services with Windows, macOS, iOS, Linux, Android, and browsers like Firefox and Google Chrome. But only ExpressVPN is is compatible with Tor and selected routers. TunnelBear also works for Opera.

To make the comparison easier, you can refer to this chart. Here’s what each of the VPN providers offers in terms of compatibility:

ExpressVPN wins this round because it has more options than its competitor.

If you’re planning to purchase a VPN subscription for the whole family, it’s smart to choose a VPN service that allows you more simultaneous connections. For ExpressVPN and TunnelBear, each of them only allows five devices at a time.

Fortunately for ExpressVPN, you have the option to install it on a router. You can utilize the ExpressVPN app for routers so you can connect as many devices as you wish, be it a mix of mobile phones, laptops, desktops, and other gadgets.

Since ExpressVPN has the option of installing it on a router, it wins this round of our TunnelBear vs ExpressVPN battle.

A VPN service with extra servers means it is more likely to mask your IP address with ease. ExpressVPN has more than 3000 servers in 94 countries while TunnelBear boasts of 3000 servers around 40 countries.

These VPN services have the same amount of servers, but ExpressVPN has the lead since it covers more countries than TunnelBear.

Only a few VPN services can bypass heavy restrictions on Internet use in China, and ExpressVPN is one of them. Before traveling to the country, just download and sign in to the app beforehand. Your online activities will be undetectable, even by the Great Firewall of China.

TunnelBear claims it has users in China and you can tunnel anywhere else in the world with it. But they can’t guarantee stable connections in all its areas, so it’s best to download the app before traveling.

ExpressVPN wins this round as it is more reliable to use when you’re traveling to China.

ExpressVPN has a functional interface. It shows the recent server locations you’ve been to. If you want to display all of your options, it will provide you with another window. For faster search, you can always type in the country or city you prefer.

TunnelBear has a cute themed interface. It features a map-like display showing all the locations where you can “tunnel” through. For me, I prefer a window that expands. I would suggest you use the server locations list instead for better control. The TunnelBear interface also lacks a search option, which would’ve been helpful.

Although I find TunnelBear’s interface adorable, I still find ExpressVPN more functional and easier to use. My vote goes to ExpressVPN on this one.

ExpressVPN does not have any additional features it can offer to VPN users. TunnelBear has an obfuscated server called GhostBear. This helps in concealing your VPN activity, making it appear as a normal Internet activity. TunnelBear still advises you to switch it off if you don’t need to use it so you won’t experience slow connections.

Since ExpressVPN does not have any add-ons, I’ll give this round to TunnelBear.

As VPN providers, ExpressVPN and TunnelBeartake customer support seriously. However, ExpressVPN stands out more than TunnelBear. Between them, only the former has a live chat support feature. A live chat help will help a user communicate the issue more accurately.

Here is the breakdown of each one’s customer support feature:

For customer support, ExpressVPN wins the Customer Support category of our ExpressVPN vs TunnelBear match.

Of course, we will always want the best value for our money. Refer to the table below for the prices for TunnelBear and ExpressVPN:

There’s a significant difference between their prices. If you would look at it, TunnelBear offers great discounts, plus it has a free tier that gives you 500MB per month. With the features it offers, TunnelBear gives great deals. I’ll give this round to TunnelBear.

Is ExpressVPN better than TunnelBear?

Yes. ExpressVPN is faster and more reliable and has RAM-disk servers. It can easily bypass China’s heavy censorship, too! For what it’s worth, you’ll get great features at a reasonable price.

But TunnelBear still has commendable features. For one, it has a decent free tier for its users. It also works well for streaming and torrenting. Maybe you want to consider this VPN service if you’re just starting to use one.