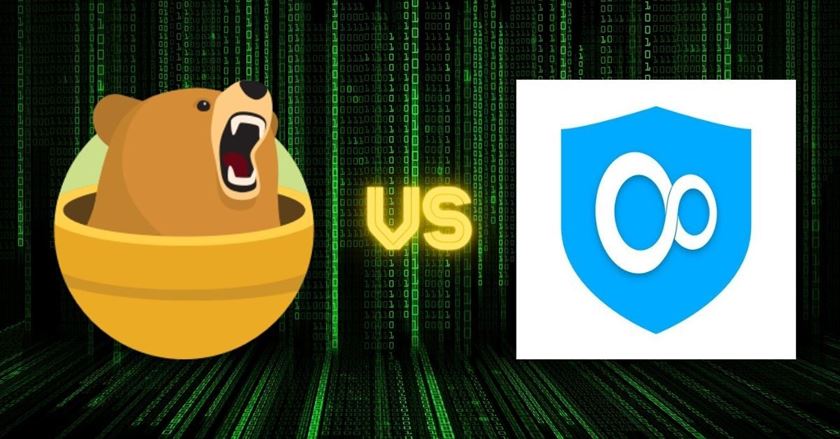 VPN Unlimited has always been a great choice for VPN users. It is fast, reliable, gives you a stable connection even in heavily censored environments like China, and provides compatibility to most devices. Also, it is one of those VPN services that offer a lifetime subscription—a real value for money.

Although TunnelBear is not a bad choice, VPN Unlimited still outran it in most categories. Check out this table for a comprehensive overview:

As we can see from here, VPN Unlimited already offers so much. But let us still see in detail how it tops TunnelBear in certain areas.

TunnelBear and VPN Unlimited are both located in countries that are members of the Five Eyes Agreement. TunnelBear is based in Canada, while VPN Unlimited has its headquarters in the United States. These two nations are in an agreement wherein they monitor their citizens’ online activity for national security.

They both have features like ad and malware blockers and split tunneling.

VPN Unlimited uses OpenVPN for Windows, Linux, and Android, and uses IPSec/IKEv2 for Windows. It has IPSec/L2TP for iOS and macOS and WireGuard. This VPN provider also makes use of KeepSolid Wise, a VPN protocol that will help you get past VPN blockers in heavily restricted areas.

A leaked IP address means your chosen VPN service has failed to protect your online identity. To make sure this does not happen while using either one, I ran an IP Leak test on each of them.

Upon using TunnelBear’s US server, here is what I got:

When I used the US server of VPN Unlimited, here was my IP address:

The two VPN providers both protected me from leaks.

Neither VPN Unlimited nor TunnelBear offers 100% RAM servers. This protects you from any data or information logs as RAM-based servers are incapable of keeping data once a device is disconnected from the server.

I’ll put my bet on VPN Unlimited for privacy and security. While these two rival VPN services both protected me from leaks, VPN Unlimited provides better protocols and encryption, making me feel more secure and protected online.

VPN Unlimited and TunnelBear have unlimited bandwidth so you don't have to worry about that. They both claim to be fast and to make sure of that, I let them undergo a speed test.

Here is my speed basis before using TunnelBear or VPN Unlimited:

This one’s TunnelBear when I selected its Singapore and US locations:

Both of them provided fast speed. I’m surprised with TunnelBear because its performance speed is almost the same as VPN Unlimited. In the US server, VPN Unlimited has better download speeds, but TunnelBear gave better ping stats. For this category, I’ll call this a tie.

Here is for VPN unlimited with its corresponding servers:

Both allow file sharing and torrenting, but VPN Unlimited provides optimized P2P servers. To see if it can protect my device while torrenting, I’ve done an IP leak test. To start with, here’s my original address:

When I tested TunnelBear, this is what came out:

The same goes with VPN Unlimited:

They protected me from leaks, but I’d give this round to VPN Unlimited since it declares its optimized P2P servers.

You can use either of the VPN services for streaming. You can use TunnelBear on popular streaming software and platforms like Netflix, Kodi, Hulu, Amazon Prime, and HBO Max. For VPN Unlimited, you can use it on BBC iPlayer, Netflix, Amazon Prime, Kodi, Roku, Apple, and Android TV, and Firestick.

It is a big plus if the VPN providers can unlock geo-blocked content on Netflix. Fortunately, both can do the job. I tried watching A Marriage Story on Netflix using TunnelBear and VPN Unlimited one at a time.

This is the experience TunnelBear gave me:

TunnelBear and VPN Unlimited provided an HD streaming experience, but you can use VPN Unlimited with more devices and platforms compared to its competitor. But if you’re looking for something that would let you watch on Netflix smoothly, TunnelBear can also satisfy you. Still, I’ll give my vote to VPN Unlimited.

TunnelBear and VPN Unlimited are compatible with different operating systems. They both provide decent speeds when it comes to gaming. But VPN Unlimited still has the lead here as you can use it on gaming consoles. TunnelBear does not offer that kind of feature for now.

For gaming, I’ll give this round also to VPN Unlimited.

It will be convenient for VPN users if the provider offers more compatibility. For TunnelBear, it has browser extensions for Firefox, Opera, and Google Chrome, and you can use it for operating systems like Windows, macOS, iOS, and Android. It also offers limited support for Linux.

VPN Unlimited, on the other hand, is compatible with the same OS and browser extensions, but with the addition of Microsoft Edge. You can also use it on selected routers.

For a clearer overview, you can refer to the table below:

Since it’s obvious which one offers compatibility for devices, I’ll go with VPN Unlimited.

For VPN users, numbers matter, especially if it is the number of possible simultaneous connections. The more devices you can connect to a single subscription, the better it is for you, especially if you use several gadgets simultaneously.

For TunnelBear and VPN Unlimited, they only allow five simultaneous connections. Some VPN services offer more, sometimes even unlimited, connections. But in this case, the two providers are only limited to five each.

For this round, I’ll call this one a tie.

TunnelBear has over 40 locations and has 3000 servers in total globally. VPN Unlimited, on the other hand, has 500 servers and 80 server locations worldwide.

TunnelBear and VPN Unlimited both have features that can help you bypass the so-called Great Firewall of China. TunnelBear has GhostBear, an obfuscated server that lets you disguise your VPN traffic as usual online activity. It’s best if you install the app before going to China. Also, stable connections are not always guaranteed, depending on the location you are in.

VPN Unlimited also lets you bypass China’s heavily restricted online environment. Its KeepSolid VPN protocol gives you a stable connection while keeping you safe from the prying eyes of the government and attacks of hackers.

In terms of getting over the limiting online environment of China, VPN Unlimited is more reliable.

TunnelBear has a bear-themed display, which I find witty and adorable. It has a bear that digs from tunnel to tunnel. However, the interface would be a lot more functional if the window expands and shows the full map of server locations. It does, however, have a list of countries, which I find more useful.

I use MacBook and this is what the TunnelBear looks like when I use this device:

VPN Unlimited has an interface that I found more convenient and easier to navigate. It also provides options on what servers you should use, like for P2P file sharing and streaming. If you want the most optimal server, it also suggests what location you should select.

This is what VPN Unlimited’s display looks like on macOS:

In terms of usability, I still prefer VPN Unlimited.

TunnelBear has GhostBear, its version of an obfuscated server.

So for this category, I’ll go with VPN Unlimited.

For a user, I prefer a VPN service that has a live chat feature so I can address my concerns faster. Unfortunately, TunnelBear does not offer live chat support, which puts it at a disadvantage.

VPN Unlimited took less than five minutes before they attended to my inquiry. TunnelBear responded to me in less than an hour. I only relied on its ticket and email support when I addressed my concerns.

Based on the features and response time, VPN Unlimited has better customer support.

See the table below for the pricing VPN Unlimited vs TunnelBear:

TunnelBear has a free tier, but VPN Unlimited has a lifetime subscription that you only need to pay once. And if we look at the highest and lowest price per month, the two VPN providers offer the same pricing.

In this case, I’ll go with VPN Unlimited since it has a lifetime offer.

Is TunnelBear a better option than VPN Unlimited?

The answer is no. VPN Unlimited surpasses TunnelBear in almost all of the categories. It offers better privacy and security, provides stable connections in restricted online environments, has more compatibility, and has better pricing than its competitor.

Still, TunnelBear has its strong points, especially in the number of servers. And like VPN Unlimited, you can use it for HD streaming, especially for Netflix.

But in general, VPN Unlimited is still the better choice.