Does VPN Unlimited Work With Netflix? 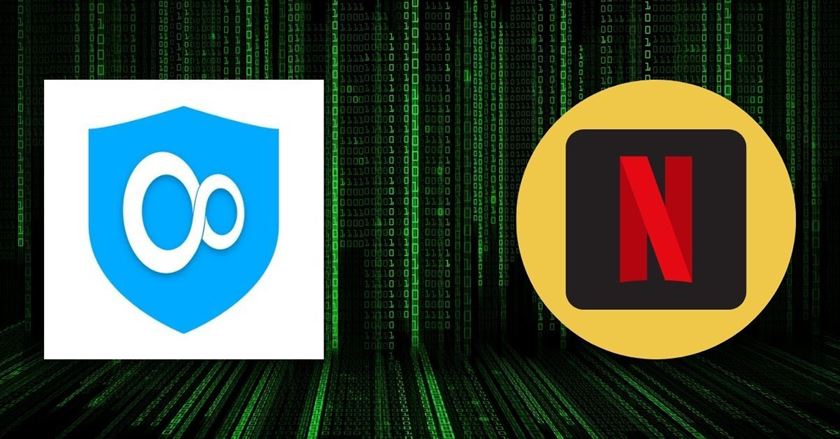 Yes. VPN Unlimited does work with Netflix. The service even has a server that specializes in bypassing the streaming platform’s geo-restrictions. Furthermore, it has decent speed capabilities that’ll definitely satisfy just about any average consumer.

Sad to say, we don’t recommend VPN Unlimited as a go-to for unblocking Netflix. Why? There are actually several reasons. To know them all, continue reading this article.

VPN Unlimited has a streaming server in San Francisco that can access Netflix USA. With that said, the service may also be used to unlock other libraries. However, the rate at which it can achieve this consistently could be much better given the size of the VPN provider’s network.

Servers can be chosen from VPN Unlimited’s apps via a list or search bar. On top of that, you have the option to bookmark your favorite locations to easily access them.

What Netflix Libraries Can You Access With VPN Unlimited?

Netflix has a unique library in each country that it’s available in. As you have probably expected, some of these libraries are better than others as they’re host to more content. Below are the places that we think have the most interesting local versions of Netflix:

The version of Netflix in the USA has a gigantic selection of movies, shows, and documentaries. It’s also packed full of wonderful subtitled foreign-language content. Of course, this is only natural since the United States is home to a diverse range of peoples.

As mentioned earlier, there’s a dedicated VPN Unlimited streaming server in the US that can be utilized to unblock Netflix. During my tests, I’ve found that server to be reliable and fast enough to meet my needs. It didn’t introduce any problems with loading, buffering, and quality.

France has the best Netflix library in continental Europe. When browsing it, you’ll come across new content produced both locally and internationally. And yes, everything that isn’t in English has subtitles available. As a result, you have no language barrier to be worried about.

VPN Unlimited has two servers in France. Each one can bypass VPN Unlimited with mediocre degrees of success. On the bright side, both locations don’t cause internet speeds to drop.

Netflix UK is where British movies and new seasons of shows like The Crown, Peaky Blinders, and Sex Education first premiere. The library is also the best place to look for indie films and documentaries. Since the United Kingdom has an incredibly diverse population, expect to discover content that’s not in the English language but has subtitles or dubs available.

There are three VPN Unlimited servers in the UK. Among them, the most capable is the one located in Hampshire. Why so? Because it’s a server that specializes in streaming.

Canada’s local version of Netflix is packed with everything from the latest Hollywood hits to the most obscure titles. It also serves as a home to many dramas, sitcoms, and whatever else you can think of. And yes, there’s lots of French-language content because Canada is bilingual.

VPN Unlimited operates a total of three servers in Canada. Each one can grant you access to Netflix and other streaming platforms somewhat consistently. However, their speed could use some slight improvement as all of them caused me to experience lengthy loading times.

The version of Netflix in Australia has a surprising amount of exclusive content. Of course, it’s also packed with all your favorite shows, movies, and documentaries. Rather interestingly, there’s a lot of Asian cinematic treasures from Korea, Japan, and India to choose from.

Unfortunately, the lone VPN Unlimited server in Australia is only seldom able to bypass Netflix’s geo-restrictions. Therefore, even if it’s fast, it is useless most of the time.

Netflix in Japan is the perfect library to look for Japanese dramas, movies, and anime. Needless to say, it’s also a good place to find content produced in the west. And if you’re wondering, everything that’s not in English on Netflix Japan has either dubs or subtitles available.

VPN Unlimited’s only server in Japan was able to let me access Netflix. It also didn’t make that much of an impact on my internet speeds. However, that was expected because I don’t live too far away from Japan.

Aside from what’s stated above, here are a few other countries with awesome Netflix libraries that you might want to check out using Keepsolid VPN Unlimited:

Since VPN Unlimited isn’t the most reliable service, it might be difficult to access Netflix in some of the places mentioned above. What’s guaranteed though is that you’ll have no web connection troubles when connected to the servers in these places. That’s because VPN Unlimited is a fast service provider that can easily outpace most of its closest competitors.

How To Use VPN Unlimited With Netflix

Using VPN Unlimited alongside Netflix is an absolute breeze. In fact, even those who are not good with tech can get the job done. How? Simply follow these steps and you’ll be streaming without any restrictions in no time:

Before installing VPN Unlimited, you must create a user account then avail of a 1-week free trial or purchase a subscription. Following that, go and download the service’s app for your device on its website. Native apps are available for Windows 10, Linux, Android, iOS, and macOS.

Once VPN Unlimited’s application is downloaded, it should automatically install. The whole process should take less than five minutes since all the service’s apps are light on memory.

The next step is for you to select a server then connect to it. Be sure to pick a location that’s in the country with a Netflix library you want to unblock. Moreover, remember that it’s best to pair with a nearer server because it is less likely to cause problems with your internet connection.

After connecting to a server, you may finally open Netflix. To determine if you are successful, check the streaming platform's homepage. If it is different from what you usually see, that means you’ve bypassed its geo-restrictions and are viewing a different library.

Finally, after doing everything mentioned, you can finally start watching. Keep in mind to never disconnect from VPN Unlimited. Doing this shall instantly cut what you are watching and ruin your entire viewing experience. You’ll need to connect to a server again and restart Netflix.

VPN Unlimited frequently goes through periods of downtime wherein its servers are not able to bypass Netflix’s restrictions. During such instances, there are workarounds that you can utilize to continue watching with zero restrictions. Please do note that these hacks don’t always work.

If you ever encounter Netflix’s error page, try connecting to another VPN Unlimited server in the same country. Besides that, you can also give updating the provider’s app a shot. Last but not least, you may research and find out if the content you want to watch is available elsewhere.

Does VPN Unlimited Work With Netflix?

Yes. Keepsolid Unlimited does work with Netflix, albeit unreliably. Out of 500+ servers, the only location that’s consistently able to bypass the streaming platform’s blocks is the one in San Francisco. For many, this is a bummer as Netflix USA isn’t the only library worth seeing.

Do we recommend VPN Unlimited to regular Netflix users? Nope. Given its price and unlocking capabilities, we don’t think that you should get it. You’ll be better off instead with a service provider like NordVPN, ExpressVPN, PureVPN, Surfshark, or CyberGhost.

Get Your LIFETIME Deal Now!