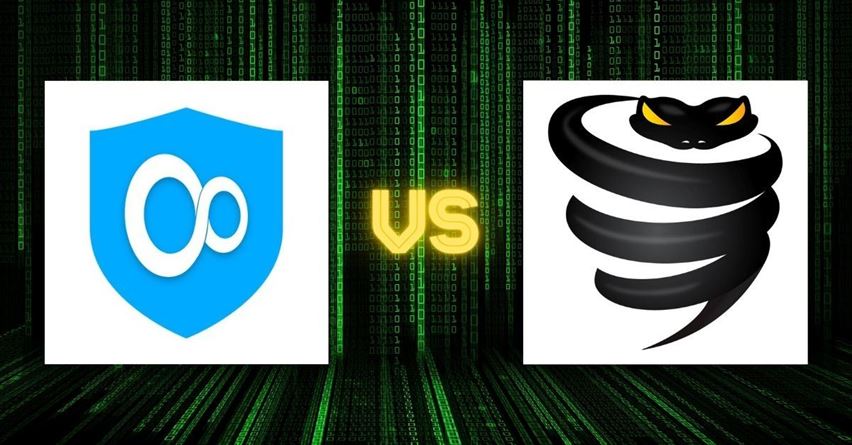 VyprVPN and VPN Unlimited are both trailblazers in the industry. They each have managed to attain large followings that swear by them. However, the wide consensus is that the former service is superior to the latter. To know why, we must examine each VPN closely.

Let’s start with a side by side comparison of the two:

At first glance, it’s hard to differentiate VPN Unlimited and VyprVPN from each other. But, upon closer inspection, the unique offerings of each VPN start to become evident. Despite that, it’s essential to review them further to fully know what’s best for you.

VyprVPN is based in Switzerland, which is a VPN-friendly country. Meanwhile, its rival operates from the USA. For that reason, it is hindered by restrictive laws that prevent it from serving its subscribers freely without the threat of closure by local authorities.

Major protocols such as OpenVPN, IPSec/LT2P, IPSec/IKEv2, PPTP, and WireGuard are all supported by the two. That said, you should note that VPN Unlimited does not let you toggle each of them on every platform it's compatible with.

Interestingly, the two each have their own proprietary protocols. VyprVPN has Chameleon while its competitor has Keepsolid Wise.

Here’s the result after I performed a leak test on VyprVPN:

And here’s how VPN Unlimited did in comparison:

I was glad to see that neither service failed at masking my Philippine IP address. Hence, it’s safe to say the two are reliable when it comes to keeping me under the radar.

VPN Unlimited and VyprVPN have solid zero-logging policies that stop them from collecting your data. Also, they both don’t have records of ever breaching the privacy of their users.

Sad to say, neither of the two use RAM-based servers. Moreover, none of them have announced plans to start upgrading their networks.

Although they’re both incredibly safe to use, the win for this category goes to VyprVPN. It’s the better choice as it supports more protocols on more platforms and is based in a country that’s not under Five, Nine, or Fourteen Eyes jurisdictions.

This was my internet speed after I connected to VyprVPN’s server in Singapore:

And here’s the outcome after my move to VPN Unlimited’s counterpart server:

VPN Unlimited managed to blow away my expectations. It barely made an impact on my vanilla internet speeds and performed significantly better than its competitor. Hence, it’s the obvious winner of this category of our VyprVPN vs VPN Unlimited match.

Both VPN services lack a 100% P2P enabled server network. Fortunately, they have locations that are optimized for torrenting. VPN Unlimited, in particular, even provides a list of them on its many native applications.

I ran some torrent leak tests using each service to determine if they were safe. Below is a screenshot of the VyprVPN result:

And here’s the VPN Unlimited result:

Sad to say, only VPN Unlimited was able to pass my tests. VyprVPN gave away my IP address to the testing software almost immediately. Therefore, I can’t recommend it to individuals who frequently download torrent files.

Few VPN providers have garnered such a great reputation among movie buffs as VyprVPN and VPN Unlimited. Both are reported to make easy work of just about any streaming service geoblock. They can reliably provide access to everything from Netflix to Hulu.

I tried to watch Spotlight on Netflix USA using the two services. Below is a screenshot showing how my attempt with VyprVPN fared:

To compare, here’s a screenshot showing how VPN Unlimited did:

As seen above, both clients did wonderfully. Due to that, I’m forced to end this round of our VPN Unlimited vs VyprVPN match with a tie. With either, you’re guaranteed to have a more than stellar streaming experience.

I played a few Mobile Legends matches while connected to VPN Unlimited and VyprVPN to determine if they’re adequate for gaming. To my amusement, both managed to meet my expectations. Neither caused me to suffer from lag or frame drops.

Since they performed equally as well as each other, I’m ending this round of our VyprVPN vs VPN Unlimited match in a tie once more.

Refer to the table below to know what each service is functions on:

VPN Unlimited works on far more devices than VyprVPN. It has apps for almost all mainstream operating systems and extensions for most browsers. As such, it’s the winner of this round.

Both services allow for a maximum of 5 simultaneous connections. In the industry, this amount is standard. However, you should know that many other VPN providers have superior offerings.

In comparison to other competitors, VyprVPN and VPN Unlimited have tiny networks. The former has 700+ server locations, whereas the latter has 500+.

VyprVPN and VPN Unlimited are known to work well in China. Lots of user testimonies state they can leap across the country’s censorship measures without hiccups.

Be that as it may, VyprVPN is the winner of this round. How come? Because it has more servers, and thus, is better equipped to keep its subscribers completely anonymous.

VyprVPN’s apps are an absolute joy to use. Navigating them is super easy since everything you need to access is on the home screen. If anything, they’re perfect for kids, the elderly, and anyone who’s not well-versed with technology.

The apps of VPN Unlimited aren’t as nice. Why? Most of them require a learning curve and lack the responsiveness of competing VPN applications. On top of that, they’re not far from being aesthetically-pleasing. I’d even go as far as to call them eyesores.

VyprVPN has two exclusive features you should know about.

First is VyprVPN DNS, which is a security measure that helps prevent DNS leaks. The next one is VyprVPN Cloud. As its name implies, it’s a cloud storage solution that makes accessing Amazon Web Services, VirtualBox, and Digital Ocean much safer.

In comparison, VPN Unlimited lets you utilize Two-Factor Authentication (2FA) when logging into the service’s apps. Besides that, it allows for the creation of personal IP addresses and VPN servers without charge.

Since its extra features are useful to a larger group, VPN Unlimited is this round’s winner.

Here’s what both offer when it comes to customer service:

Like most VPNs, the two don’t maintain video tutorials and phone support. However, VPN Unlimited has an advantage over its competitor since it has a better average response time. After contacting it, you’ll most likely be given help in an hour or maybe even less.

Below is a table showing how much each service charges for their respective plans:

VyprVPN has reasonable prices that are within the reach of average consumers. With that said, its competitor is even cheaper. Furthermore, it has a lifetime plan available, which is perfect for anyone who doesn’t wish to constantly worry about when their subscription will expire. Thus, it's the winner in this VPN Unlimited vs VyprVPN round.

Is VPN Unlimited better than VyprVPN?

Yes. Although the competition between the two was a tight one, the winner of this comparison is VPN Unlimited. It’s faster, is compatible with more operating systems and browsers, has better extra features, boasts superior customer service, and is way more affordable.

Don’t get me wrong as VyprVPN is still an excellent VPN. After all, it has more servers and apps that aren’t difficult to utilize. Hence, it’s great for people who value connectivity and simplicity over anything else.