Does VyprVPN Work With Netflix? 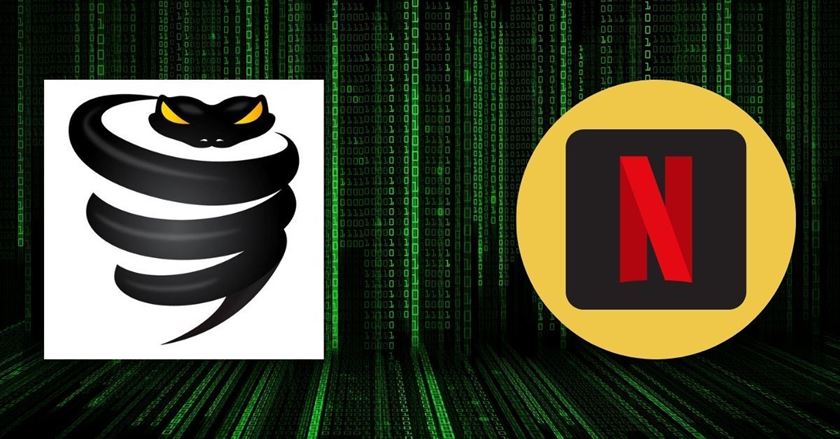 Yes. Despite not being considered to be a top-tier service, VyprVPN does work very well with Netflix. Most of its 700+ servers can bypass the streaming platform’s geo-restrictions without breaking a sweat. Also, the majority of these servers won’t cause internet connection issues.

Sadly, I don’t recommend VyprVPN as a VPN solution for Netflix. In spite of everything going for it, the provider has a few setbacks that prevent it from becoming a prime choice. To know exactly what all these setbacks are, go ahead and continue reading this article.

In theory, all of VyprVPN’s servers can be used to work around Netflix’s restrictions. The best part is that connecting to all these servers is a complete breeze.

Just pick from a list on the VPN’s applications or type in the search bar. For those wondering, VyprVPN has apps for macOS, Linux, Windows 10, Android, and iOS. Sad to say, there currently aren’t any browser extensions that have been developed.

Netflix libraries are never created equal. Some are superior to others because they’ve got a lot more interesting content. With that being said, here are some countries with amazing must-see libraries that VyprVPN can access without breaking a sweat:

Since it’s Netflix’s birthplace, it should come as no surprise that the platform’s library in the US is full of interesting content. When browsing, you’ll surely find dramas, sitcoms, romcoms, action movies, indie films, and anything else you could think of. And yes, there’s a plethora of foreign language content too since the USA is home to a very diverse population.

There are more than a dozen VyprVPN servers in the United States. Most of which are fully able to work around Netflix’s geoblocks. Furthermore, the majority of these servers hardly make an impact on base internet connection speeds, making them truly 100% suitable for streaming.

France’s local Netflix library is naturally the best place to look for French-language titles. Aside from that, it’s also home to lots of content from the rest of continental Europe. Moreover, there also isn’t any shortage of mainstream English-language shows, movies, and documentaries.

The server of VyprVPN in France is slower than average. Be that as it may, it’s still fast enough to facilitate a good viewing experience. More importantly, it easily bypasses local Netflix blocks.

Netflix’s local library in the UK is a great one. There, new seasons of famous shows like Peaky Blinders, Sex Education, and The Crown first appear. Moreover, it’s the place where movies, exclusives, and documentaries produced locally first show up anywhere on the internet.

VyprVPN’s server in the United Kingdom is just as fast as its French counterpart. As expected, it can work around Netflix’s restrictions with decent consistency. Nevertheless, it still occasionally suffers from random periods of downtime for reasons yet to be disclosed by developers.

Canada’s Netflix library is the favorite of many. The reason why is because it’s packed with an almost unlimited selection of interesting content. Fascinatingly, what’s available aren’t just English titles. You’ll find everything from French to Japanese shows and movies.

At present, there’s a single VyprVPN server operating in Canada. It can bypass Netflix’s blocks consistently. However, it’s slow but can still let you stream without issues for the most part.

Australia’s version of Netflix is home to a myriad of exclusive local documentaries, shows, and movies. Besides that, it also plays host to many famous blockbuster films. Furthermore, the library boasts a wide selection of content from countries like Japan, South Korea, and India.

Each one of the three VyprVPN servers in Australia can unblock Netflix. While they’re all rather fast, you’ll have the best experience using the one in Perth. During the time I was connected to the server, it was like I wasn’t using a VPN at all which was great.

Netflix in Japan is filled with countless famous anime shows and movies. It also has a plethora of locally produced dramas, films, and documentaries. Besides that, the library has a wide selection of English, Spanish, Chinese, Filipino, Taiwanese, and South Korean content.

Below are a few other countries with worthwhile Netflix libraries that VyprVPN can unblock:

The performance of VyprVPN’s servers in each of these countries differs wildly. Hence, it’s best to not expect to have the best internet connection before connecting to one. That said, the VyprVPN can reliably bypass Netflix in all these locations with decent consistency.

How To Use VyprVPN With Netflix

Using VyprVPN with Netflix isn’t difficult at all. Follow these steps and you shall find yourself watching with zero restrictions in absolutely no time:

Before anything else, create a VyprVPN account and then purchase a subscription. When that’s done, go and download the service’s app for your device on its website. Since every one of VyprVPN’s native applications is light on memory, this shouldn’t take very long.

Once it’s already on your device, VyprVPN’s app should install automatically. However, there is also an option for manual installation, which is super easy and can be done by anybody.

Open VyprVPN’s application and then select one of the provider’s 700+ servers. Be sure to pair with a location that’s in the country that’s Netflix library you wish to unlock. Moreover, keep in mind that the further the server from you, the more likely it is to be slower.

Go to Netflix’s website or app and then log in. If you have successfully bypassed the platform's blocks, you’ll be greeted with a new homepage. From there, you may go through the library to discover all the new shows, movies, and documentaries that you may watch.

After settling on a title, you may finally go ahead and start watching. Remember to never close VyprVPN as long as Netflix is open. If that’s done, the platform will immediately detect that you’re in a restricted library and prompt you with an error message.

VyprVPN isn’t a perfect VPN service provider. Sometimes, its servers get detected by Netflix and become unable to bypass the platform. Fortunately, several workarounds allow you to continue watching freely. That said, please note that they sometimes don’t work.

The first thing you can do is connect to another server in the same country. Apart from that, you can also try updating the VPN application on your device. One final measure is to see if the title you wish to watch is available elsewhere because, in most cases, it will be.

Does VyprVPN Work With Netflix?

Yes. VyprVPN works with Netflix. Even if it isn’t the best service for the streaming platform, it’s equipped to meet your needs. Despite being new and having a small network, the VPN can reliably provide you with access to Netflix libraries in many countries.

Unfortunately, my team cannot recommend VyprVPN as a Netflix go-to. The reason why is because many competitors that perform better exist. On top of that, these competing service providers are priced more competitively, giving them more value for money.